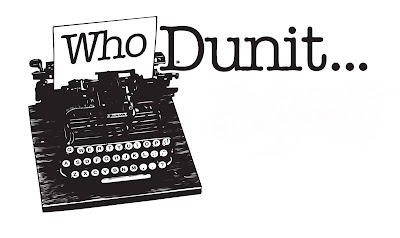 Whodunit ? It was the Avon Lady in the downstairs toilet with the left-handed screwdriver !

A few years ago I put out a survey on social media asking people what their favourite reading was. The response was overwhelmingly in favour of crime fiction. I had never tried to write in that genre before but came up with what I think was a unique style with THE CASE FILES OF DAVE McDERMOTT. I gave my detective three cases to solve and told the story both from his point of view and from that of the perpetrator. Friendship is the wrong word but I brought the two together as a bond formed between them when the case was solved.

THE CASE FILES OF DAVE McDERMOTT was published on 8th March 2017. I enjoyed writing the book but crime fiction was not really my thing so I did not publish anything more until 31st March 2020 when I gave Dave a new case to investigate THE LOTTERY OF EVIL.

I am not a fan of crime fiction myself and find the plots and characters of the world’s best selling author, Agatha Christie, totally ridiculous. I seldom watch any crime drama on TV where the plots are usually as ridiculous as those of Agatha !  I do enjoy Foyles War but not that many episodes were made so I have seen them all many times over. I like David Jason in Frost, have the box set but Maureen is not a fan so the multiple DVD’s seldom come out of their box.

Whodunit ? It was the window cleaner in the boiler cupboard with the coat hanger !

Within the year of 2021 I have set myself a challenge to write a minimum of one million words and wrap them into a minimum of twenty-four works on Amazon. This will beat Barbra Cartland’s world record from the 1970’s where she published twenty-three books in a single year. Barbra Cart land, of course, did not write crime fiction and her books are only marginally less rubbish than mine !

As part of my writing challenge I wrote a book where the killer was telling the story with the detectives orbiting the story in an attempt to solve the crimes. The story has a twist within it which different readers may use in different ways as they read: BY THE PRICKING OF MYTHUMBS – THE DIARY OF A SERIAL KILLER,  That book was published by Amazon on 3rd February 2021.

Whodunit ?  It was next door’s cat in the greenhouse with the knitting needle !

So what is your favourite genre of story ?  From the point of 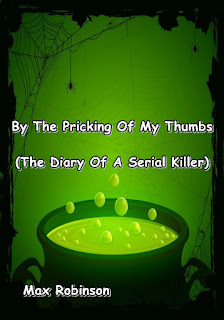 view of a writer mine is what I call discussion and debate. On 11th February 2021 I published BEHIND THE NOOSE OR NOT where I discuss the rights and wrongs, using specific real cases to support the argument, of capital punishment.

Last summer I visited Agatha Christie’s home in Devon. I may dislike her writing but I loved her home. Beautiful grounds and while the house, Greenacres, is a mansion it is so liveable and warmly homely I would love it to be my own home. I know if it were my home I could write far  more than I do.

I am returning to Greenacres next month where I plan to take inspiration for a story I will call THE MURDER TREE. During World War Two American troops were billeted on Agatha Christie’s home. I am going to, in my story, have a team of American secret agents living there. With America not being in the war at the time this secret was top secret. When one American secret agent is murdered the 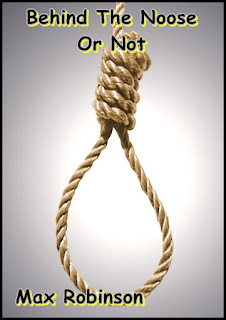 authorities directly acting on Winston Churchill’s instructions cover it up. When The National Trust, now the owners of Greenacres, discover the body a modern-day investigation begins. The story will be set in 2018 so I may write in Donald Trump !

Whodunit ? It was President Trump on the golf course with Twitter !

I am about to publish another crime fiction work MIT CASE FILES. I am working through the initial draft taking out the typo’s and revising the text a bit. I am then going to run a spell check before going completely through the text for a second time. Today, Sunday 23rd May 2021 was my planned publication day but I have pushed things back to next Wednesday. Realistically I think that date will be too ambitious. Providing it is on my AMAZON BOOKSHELF by the end of the month that will be OK.

Within the introduction to the case files I have written this: 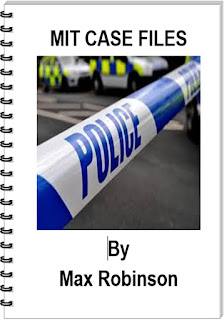 which is one of the largest police forces in the country. Real crime has a truth excluded within fiction where stories are wrapped into unlikely scenario forming jumbled crossword puzzles to be solved by the most unlikely characters. Whodunit mysteries are fun if you like that kind of thing but nothing at all like the reality of day to day police work.

The same can be said of TV cop series. It is claimed that the BBC TV series Z Cars which ran from January 1962 to September 1978 is the closest to real life. All the rest are nonsense.

As I here bring you a selection of case files from this fictional Major Incident Team I am trying to steer a middle road, pushing aside the unlikely amateur detectives such as Miss Marple and Hercule Poirot but still retaining a small element of whodunit for my readers to play with and to challenge their thinking.

The series of cases our team is presented with do not immediately present an obvious solution and guilty person but such are not all that far away..

ANGELS OF THE ANTI-CHRIST

I THINK MY NAME IS RICHARD

SINS OF THE FATHERS

AN INVESTIGATION TOO FAR

A NIGHT ON THE STREETS

This book will be number twenty-four in my writing project so I will, when it is published, have beaten Barbra Cartland. I think my running total of words will be three quarters of a million.

Whodunit ?  It was the gardener at the back of the compost heap with the typewriter !

The end of May leaves me still with seven months to go in my 2021 writing challenge. Will I write another piece of crime fiction ?  I don’t know, I honestly don’t know but I may have a try at comedy where Dixon of Dock Green investigates the murder of Hurcle Poirot by Old Biddie Miss Jane Marple !

Whodunit ?  It was Boris Johnson in the newly decorated Downing Street Flat with a bottle of blond hair dye !

Posted by The Sunshine Smile Crew at 23:00