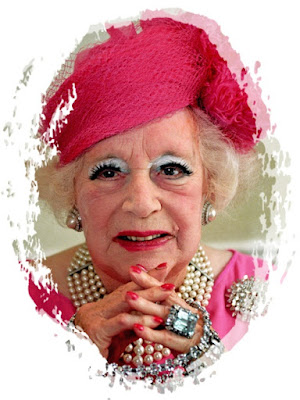 I've done it, I've beaten the world record ! But it will not be stopping there.

In the 1970's Barbra Cartland set a world record for the greatest number of books published in a year by a single author. That recod stood at twenty-three.

Now with the publication of MIT CASE FILES I have overtaken her and since January published TWENTY-FOUR books on Amazon.

This and all other books can be found on my AMAZON BOOKSHELF. All, including MIT CASE FILES are very expensive to download ! Each cost 77p !

Are you going to read the book ?  Can you afford 77p or is thatr t oo expensive for you ? Click the link to check out the synopsis.

It has taken me five months to overtake Barbra Cartland and my writing will not stop there. I am not actually seeking for The Guinness Book of Records to revise its entry, I want to set  a new world record, a record firmly establishing myself as the most prolific writer on Amazon. 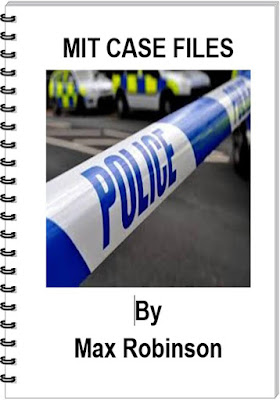 The original plan was to write twenty-four books accross the year of 2021 and wrap them into one million words.

I have written and published the twenty-four books and at the end of yesterday my word total stood at 765,626 words.

Only on 31st December will I present to the world record office my submission. By then I expect to have written about one and a half million words and published forty e-books.

Today I will submit for publication book number twenty-five. Every day I write a diary page and am publishing this month by month. Once I have completed today's entry Dave's Diary May 2021 will be added to the bookshelf.

I am hoping that lots of people will want to read MIT Case Files but my diaries are a bit different. 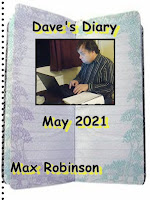 together to be opened on 1st January 2121 inviting readers in one hundred years time to have an insight into life during the pandemic.

MIT Case Files is, of course, a crime fiction work BUT it is NOT an Agatha Christie factory produced whodunit with riddiculous characters and unlikely plots.

This is what I have written for the introduction:

Allow me to introduce you to the Major Incident Team working within a divisional command which is one of the largest police forces in the country. Real crime has a truth excluded within fiction where stories are wrapped into unlikely scenario forming jumbled crossword puzzles to be solved by the most unlikely characters. Whodunit mysteries are fun if you like that kind of thing but nothing at all like the reality of day to day police work. 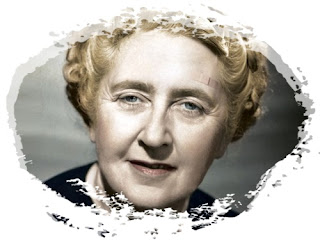 The same can be said of TV cop series. It is claimed that the BBC TV series Z Cars which ran from January 1962 to September 1978 is the closest to real life. All the rest are nonsense.As I here bring you a selection of case files from this fictional Major Incident Team I am trying to steer a middle road, pushing aside the unlikely amateur detectives such as Miss Marple and Hercule Poirot but still retaining a small element of whodunit for my readers to play with and to challenge their thinking.The series of cases our team is presented with do not immediately present an obvious 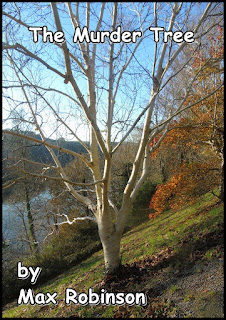 solution and guilty person but such are not all that far away..

In two weeks time while taking a short holiday in Devon I will be visiting Agatha Christie's home which is now owned ny The National Trust. I am going to set a story THE MURDER TREE in the grounds of the house. The pictcure on the left shows the tree in Agathat's garden.

But before then I am working on and will finish my current project IT'S A MAD BAD WORLD.

In this I contract the iconic decade of The Swinging Sixties with the 2020's which I am tongue in cheek calling The Roaring Twenties.

Chapter by chapter I am looking at different areas of society, within which trying to decide which is the better decade.

The opening chapter is POLITICIANS AND OTHER FORMS OF LOW LIFE. The conclusion there is the 1960's was a better time. I am not just finishing UPPER LOWER MIDDLE CLASS 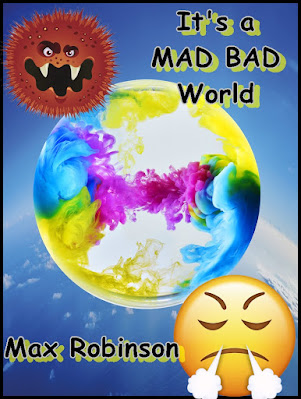 debating the class system within society. For this chapter the 2020's will be the winner.

Perhaps I should explain: The world record as the most prolific Amazon writer will be in my name - David Ashford. That is who I am. My writing is done under a pen-name of Max Robinson.

Max comes from my childhood pet and Robinson is my mother's maiden name.

Something Barbra Cartland and I have in common beyond our world records is the fact that what we write is rubbish. Rubbish but I hope fun.

I honestly believe that Agatha Christie's whodunit stories are also rubbish but she is the world's biggest selling author. Long after her death her books sell, currently topping two BILLION in sales.

My books have sold 862 copies since 1st January 2021 so that is a world record I will not be seeking to challenge. However, a bit of a boost to my ego as I attempt to be the most prolific Amazon writer would be welcome. Can you afford 77p for MIT Case Files ? Go on take a chance. Check out my full Amazon Bookshelf - be a devil.

Posted by The Sunshine Smile Crew at 23:36