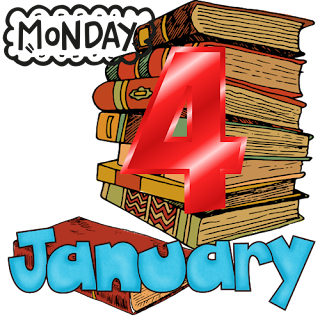 Yesterday evening I watched a film I had recorded a few days ago, Forest Gump. I had seen this years ago but this was special. The plot and storyline are surreal, the characters unique, the entire film is beautiful. In these difficult times Forest Gump lifted my spirits.

At the far end of Pier 39 in San Francisco you will find a fun shop: The Bubba Gump Shrimp Company. Although the 1967 Summer of Love dips into the story Forest Gump does not go to The City By The Bay. It is a happy, friendly and fun store, if I am ever able to return to San Francisco in the future I will most certainly visit this special shop.

Don’t be afraid to start over.

It’s a chance to build something better this time.

8.18am I have delivered SMILE CARDS and FUN QUIZ SHEETS to Dreamsai to put in this week’s food boxes, to my local doctor’s surgery and to University Hospital Milton Keynes.  Later in the morning I am heading to the Post Office with more smiles for many more people.

Yesterday was a good day for book sales so both prongs of the project is going well.

Following my serendipity moment I began writing JUKE BOX JURY. Yesterday I penned 2,537 words. Within this I have just been speaking about Ritchie Valens who died aged seventeen after only eight months in the music industry. All these years later people still listen to his music.

Yesterday we lost Gerry Marsden from Gerry And The Pacemakers. What a loss. I love his music and most certainly will be writing it into Juke Box Jury. Inspired by Gerry I have started to write a Football Crazy quiz sheet. This will go out to a wide range of people as well as appearing in the book YOU DO NOT NEED A PUB TO HAVE A QUIZ.

Let’s take a peep at what was happening on 4th January across the years.

4th January 1951 The Chinese and North Korean forces captured Seoul. As a fan of MASH this is an important date for me. I was only one year old at the time but I have the box set of MASH, I watch one episode each evening then when I get to the end I simply start again. Readers will not how the Korean War creeps into several of my stories.

4th January 1958 Sputnik One, the first artificial Earth satellite launched by the Soviet Union last year falls to Earth. Yesterday I was working on a word search I WISH I WAS A SPACEMAN where Sputnik is one of the words to feature.

4th January 1965 Poet T S Eliot died age seventy-two. I am a fan of T S Eliot but I have to say I do not remember his passing.

So how much writing did I do yesterday ?

To achieve one million words across the year 2021 I need to average 2,740 a day so I did OK yesterday.

That would be a good point at which to sign off for today but I have to record my frustration and anger at the government’s failing to protect schools, pupils and staff. When you are out driving on the road you will see people who will flick their indicator on when they are actually making the manoeuvrer. I call this retrospective indicating. The biggest retrospective indicator in this country is Boris Johnson. Please Mr Prime Minister, PLEASE, stop retrospective indicating and get your act together. Protect our schools, protect our teachers, protect our children. I hope with all every fibre of my being that future editions of this page will not have to report school deaths.

Yesterday a further 54,990 cased of the virus were recorded and another 454 deaths. How many could have been avoided if the government had acted more positively and more quickly ?

Now I will bring today’s page to an end. I broke off writing for a moment two paragraphs ago. I could hear the bin lorry outside collecting sacks of rubbish. So many times I have said and will continue saying how hard our binmen work. I stopped writing to go outside and thank our fantastic binmen, to thank them with a gift and to thank them with smiles. THANK YOU.

Posted by The Sunshine Smile Crew at 01:03