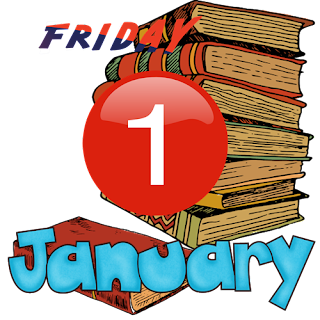 No, seriously this year my resolution is to write no fewer than one million words and to publish them in a minimum of twenty-four e-books on Amazon. Every word in every book will blow a kiss of love and a smile to someone across the year. You know about that don’t you, and more of it later.

When I was a young man my mates and I had a bit of a tradition where we saw the new year in on top of a mountain. One year it was Thorpe Cloud at the foot of The Dovedale. The next year we headed a little further north to Kinder Scout before twelve months later going for the big one, Snowdon. Snowdon by name and SNOW by nature. Not that it would have been open at midnight but the café on the summit was completely covered in snow, we sat on the roof. Flippin’ cold I can tell you. With the care closed I never did get to eat an Eskimo Burger.

Midnight on 31st December 1999, where were you and how did you see in the Millennium ?  I believe that I am one of two people, the only two people, who saw the new year in twice. I did honestly, Me and one other. No, that other person was not Doctor Who, with or without his Daleks.

We saw the New Year in, in the US state of Michigan then crossed the state line into Illinois which is one hour behind Michigan so saw in 2000 twice.

But that was two decades ago, here we are now in the third decade of this century. A year ago I announced 1st January 2020 as the start of The Roaring Twenties, a decade of fun and good times. How wrong could I have been. It was not a lion that roared on Wednesday 1st January last year but a dragon, an evil Chinese dragon by the name of Covid Nineteen.

Ok – books. During this year of 2021 I plan to challenge the world record set  by Barbra Cart land who in 1976 published twenty-three books. For a bit of fun I am going to write a minimum of one million words and publish them on Amazon within a minimum of twenty-four books.

In December 2016 I started writing a blog, most days I scribble something but always a bit irregular. Checking statistics I see that as of yesterday I have written 1,290 editions and have had a total readership of 113,663 readers. That’s an average of 88.11 per edition. Hardly viral.  For 2019 I am going to start something a bit new, I am calling this Dave’s Diary. Max Robinson is my pen-name, my real name is David – Dave to my friends.

I will write an entry every day with the words contributing towards that one million total. At the end of each months I will publish everything in e-book format then in one year’s time Saturday 1st January 2022 everything can come together under the title LIFE IS A NOVEL SO START WRITING. That, however, is 365 days away. What about today New Year Day 2021 ?

Last year I announced 2020 as being the start of a new decade, the Roaring Twenties. Got that a bit wrong didn’t ? (I’ve already said that haven’t I ?  Still no harm in repeating it !)

There were fireworks sounding at midnight last night, not many but they were there. An hour earlier there were fireworks, far more than at midnight, had someone got their watch not set properly ?  NO, eleven o’clock in England, midnight in Europe. Those fireworks were celebrating our leaving the European Union. I do so hope that on 1st January 2022 I can report fireworks and celebrations the like of which nobody has ever seen, fireworks and celebrations announcing the extinction of the Chinese Dragon and its evil pandemic.

That does not help me feel optimistic about a mass firework celebration in a year’s time.

The BBC, I am no fan of the BBC – is anyone a fan of the BBC – reported mass street celebrations in Wuhan, China. Celebrations for the New Year. I do not feel comfortable with that, I think it is inappropriate news reporting. How many people have died across the world from the virus which originated in Wuhan ? To applaud these New Year celebrations, at least to my way of thinking, is an insult to all who have died, an insult to all families who have lost a loved one.

I want to be optimistic about 2021, I want to shed the pessimism I am feeling right now – 6.28am Friday 1st January 2021. I want to do my little bit across the coming year to raise the spirits of people. I want to push the pessimism aside. These words are the start of my writing one million and publishing twenty-four books on Amazon. Orbiting the words I want one million kisses and one million smiles to not only turn my own pessimism into optimism but to help one million others to do the same.

With that I think it is probably time to draw this first diary entry to a close but first let’s have a bit of fun, tongue in cheek fun, as I share with you some of the New Year happenings in days gone by.

I am not going to include this feature in every edition of my diary but on various days I will do a little bit of research and write about events happening on this day over the past seventy years of my life:

1st January 1973. Before this date here in England this was not a public holiday, or a bank holiday as we called them back then. Nobody really celebrated the day, it was a normal working day. When I left school and began a career in retail management we had the January Sale but it did not always happen on 1st January. Moving into teaching this was part of the Christmas holiday ahead of the new spring term so I didn’t think that much of it when in 1973 the day became a bank holiday aka public holiday.

1st January 1958 – a day which within my view of history has gone down in infamy !

On this day The European Economic Community was established !  How terrible a thing to have happened. It was actually known back then as The Common Market and while the United Kingdom declined to help set up this dictatorship it did try several times in later years to join. President Charles De Gaulle famously and repeatedly said NON to the application.

1st January 1973 Denmark, Ireland and oh dear me, the United Kingdom signed up to the European Dictatorship.

In subsequent years other nations ripped up their sovereignty: 1st January 1981 – Greece   1st January 1995 Austria, Finland and Sweden. On 1st January 1999 the Euro currency was introduced across eleven member nations. Thank goodness we did not adopt that folly.

But now here we are on Friday 1st January 2021 and as far as we are concerned the European Dictatorship is history. We are a free sovereign country again. YIPPEE !

Posted by The Sunshine Smile Crew at 01:21