The BBC Disrespects The Fallen 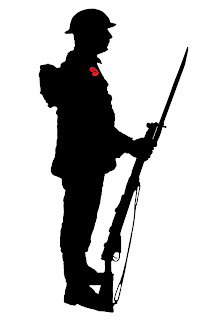 I am angry, I am very angry but want to set aside my anger not to respect The BBC but to respect those it disrespected.residential election.

Day after day, hour after hour since US polling day on 3rd November The BBC has dominated its content with rolling reports on the presidential elextion.

Yesterday was REMEMBRANCE SUNDAY when our nation paises to remember the fallen in wartime. To remember those who gave their young lives so we could live our old lives.

Throughout the day I kept tuning into BBC News on the hour to check the headlines and watch peports on what was happening to honour our fallen. With the pandemic 2020 is a difficult year to show respect in the traditional way with services and parade. 2020 is also one hundred years since The Cenotaph was opened.

Hour after hour after hour all The BBC News Channel was doing was talking about the US presidential election. The same images, the same reports over and over again. Tuning in on the hour this was the only headline. I had to wait a minimum of twenty minutes before The BBC said anything at all about Remembrance Sunday and then the content was shorter than the BBC's house adverts shown in the hour.

Beyind this every hour people in our country are the subject of death at the hands of the pandemic. We are in an emergency lock down. Did The BBC report on this situation yestetday ? NO. It disrespected our society and failed to keep us properly informed. Within its reports on the US election The BBC broadcast scene after scene after scene in America where the protective regulations we are trying to work through simply did not happen in America. There will be those who were watching who would have thought that if it was OK for non mask wearing mass gatherings to happen in America then why not here ? Throughout the reporting I did not hear a single comment about this.

Tuning in to this morning's six o'clock news The BBC did retrospectively report on yesterday's events honouring the fallen but very quickly returned to over coverage of the US election. WHY ?

The BBC is the BRITISH Broadcasting Corporation funded by we licence payers. In an age of mass media it is still illegal to watch any TV channel without paying a licence fee to fund The BBC.

I yesterday made a formal complaint to the BBC but I am not silly enough to think anyone will take any notice. I just hope that hundreds, thousands, even millions will do the same.

The BBC has behaved in a totally unacceptable and disrespectful way. This can not be allowed to go unchallenged.

They gave their young lives so we could live our old lives. They fallen did not do this for The BBC to behave in such a disrepectful way.

Posted by The Sunshine Smile Crew at 23:34