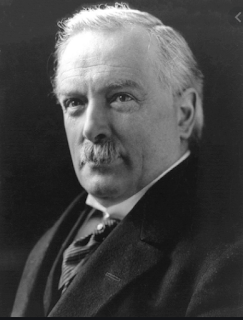 Do you know who Lloyd George was ?

David Lloyd George, 1st Earl Lloyd-George of Dwyfor, OM, PC was a Welsh statesman who served as Prime Minister of the United Kingdom from 1916 to 1922. He was the final Liberal to hold the post of Prime Minister.

He was Prime Minister during World War One.

He was a good friend of Sir Herbert Leon and was a frequent visitor to Bletchley Park when the family lived there.

Yesterday I was reading through our 1991 book IN SEARCH OF THE LEONS in preparation for re-publishing in in January as part of our NHS KISSES project. There is far more to Bletchley Park than the code breakers as the book explained. Yes, during World War Two Churchill was a regular visitor as was General de Gaule Leader of the Free French and on one occasion future US President, then Supreme Allied Commander Europe General Dwight D. Eisenhower popped by.

There is a silly song we used to sing as kids. Sir George Leon could sing this if he had ever taken the mood.

I do not think that Sir Herbert Leon would approve of what has happened to his family home, it becoming a museum. I AM PRETTY SURE THAT SAMMY WOULD NOT APPROVE OF THIS FAILING NEW VERSION OF GOOGLE BLOGGER WHICH CAN NOT BUILD A PAGE PROPERLY TO UPOLOAD HIS PICTUTRE HERE !

I am sure,however, Sir Herbert - SAMMY - Leon would have been very excited when on 1st January 1967 Harold Wilson's Government announced that an area of land was designated to build a new city. Did you know that originally the name for this development was to be The New City of Bletchley ?  Early planners changed that to use a name from Middleton in the centre of the designated area - Milton Keynes.

I am very sure that if Sammy was about there is no way he would have allowed our new city to have been called anything but BLETCHLEY.

The republishing of IN SEARCH OF THE LEONS will be exactly as  it was in 1991 but following on will be a series of updates and many anecdotes from Leon School.

Do you know what this silly piece of music has to do with Leon School ?

Well we went there didn't we ? Leon School went to Egypt visiting The Old Bazaar in Cairo. We also went to The Valley of The Kings visiting Tutankamun's Tomb, we went to The Aswan 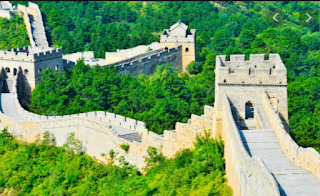 Damn, floated down the Nile on a traditional Egyptian sailing boat and, of course, went to see the pyramids. Oh not to forget The Spynx.

Another connection. A LEONITE  is now School Principal at Manaret Heliopolis International School in Egypt.

Did you know there was a plan for Leon School to visit The Great Wall of China ? However, the company that too us to Egypt - SCHOOLS ABROAD - was taken over by Hourmont Tours who dropped China from its ittinerary. We therefore, had to settle for Las Vegas, San Francisco and flying down The Granc Canyon.

I wonder what Sir Herbert would have made of that.

In this new re-publication I want to tell the story of how Leon School was in at the launch of Milton Keynes Community Trust. We also starred as part of the very first Red Nose Day. Leon Disco ran a fund raiser to help start a new Milton Keynes charity - Willen hospice.

Who remembers our taking oart in Top Bannana.

Who remembers Leon School performing War Of the Worlds at Bletchley Leisure Centre ?
Richard Burton you have nothing on Mrs Capp's version.

However, I do not think Leon's Pirates of Penzance quite matched John English. Not far off mind you .

Who remembers Westlife at Leon School. I nearly put the whole band on detention !
Back to Leon Disco. The leonite teenager who was DJ now owns and runst a vast retro-pop radio station in America playing music he palyed in Leon's lower school hall. 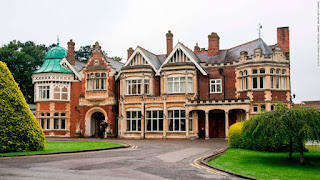 Sammy Leon what do you make of that ?

What do you think about Leonasaurus ?  The Leon Dinosaur ?

There is a lot more about Leon School to know than that.

Next week I am goingv to Devon to visit the home of Agatha Christie, the world's best selling author of all time. He book sales top ibne billion. I wish mine do !

However, Agatha watch out. When IN SEARCH OF THE LEONS IS REPUBLISHED your record may be in a bit of a risk.

One more piece of music attached to Leon School.

What is this all about ?

Sir John you could sing Lloyd George knew my great-grandfather !

This is just a small flavour of what will be imcluded in a follow up chapter at the end of the re-published IN SEARCH OF THE LEONS.

Sir John, Sir Herbert no school could claim what LEONITES achieved in the 1990's when our book was written.

One more piece of Leon History. Let me play this for my good friend LEONITE Darren. Hope you had a good birthday lat week mate ! You and I know the significance of this. Let everyone else guess !

Posted by The Sunshine Smile Crew at 23:26