Where was I yesterday ? 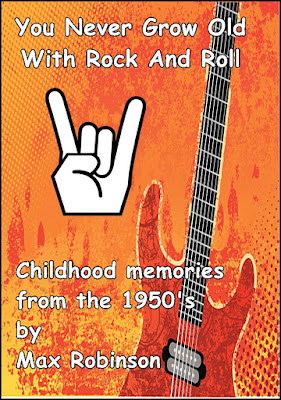 Having said I was going to write a diary page yesterday where was I ?  Long story and I won't bore you but here I am on SUNDAY.

My kiddy autobiography YOU NEVER GROW OLD WITH ROCK AND ROLL is now available at the extortionate price of 77p as an e-book on Amazon. I wonder who will be the first person to download it.

I have started writing the third book in the trilogy LIFE IS A DISCO SO DANCE covering my earlyb adult life in the 1970's. Here is the early DRAFT of the opening chapter:

In the early 1990’s I was doing a piece of writing for a newspaper featuring a retro-pop radio station, Chiltern Gold. Talking with the station controller I kept talking about the music of the 1960’s. He stopped me and said: In time music from the 1970’s will be bigger than the 60’s.

Was he right ?  The instant reaction of anyone reading this opening chapter would dismiss the thought and say NO. But let me explain, I think he was right. To the ears of many people 1970’s music has merged into the Swinging Sixties. Indeed music from the early 1980’s has drifted back into the 1970’s. It is very difficult to divide the two decades. The number one record on my 20th birthday, 3rd November 1970, was Woodstock by Matthew Southern Comfort. The Woodstock Festival happened in August 1969 but there it was topping the charts fourteen months later.

Life is a disco so dance. That has been my life motto for longer than I can remember. 1st January 1970 the number one hit was Two Little Boys by Rolf Harris, hardly disco. Was there disco in January 1970 ?  DISCO by Ottawan, the national anthem of disco was not released until late 1979 and did not make it into the charts until 1980. The Black Lace cover version came a full ten years later.

Musically the 1970’s was a great decade which gave us the disco but it was decade of hard times in society. Writing these words now during the October 2020 pandemic, 2020 The Year That Never Was, restrictions being placed upon society fall short in many ways of those we had to endure during parts of the disco 70’s.

Let me explain as I take you through my young adult memories. We have Rocked and Rolled through my kiddy 1950’s, we have Swung Through the Sixties with my teenager memories, now it is time to disco dance through the 1970’s. Life is a disco so dance.

Since February and the pandemic I have now published eleven pieces of writing on Amazon. I have to say that writing YOU NEVER GROW OLD WITH ROCK AND ROLL became at times a bit of a chore. I will, of course, complete it but am thinking to first direct my attention to something else I am working on: THE KA OF TIMOTHY FORD-NEWMAN. Here's the introduction so faR:

Friday 28th July 1967, a day Timothy Ford-Newman had been looking forward to for longer than he cared to remember. School and childhood were over and now the real life could begin. Just the week-end to negotiate and then a new job with a wage packet to fund anything and everything Tim could imagine.

He turned to face the school building, put up two fingers then shouted “Fuck Off !” to the bricks that had held him in an educational prison for most of his life. One final gesture then he could head home, Tim dropped his trousers and exposed his naked bottom to the school and all it stood for.

“Welcome my brother, welcome in peace and love.”

“Hello,” Timothy stuttered. He felt different and he knew he looked different. He knew this was still July 1967 but he knew he wasn’t sixteen any more.

“But this isn’t tobacco.”

“Come and meet some more friends.”

“I’m John.” He made a sign with his fingers which was similar to that Timothy had given to his school but totally different in meaning.

“I’m Timothy but please call me Tim. What is this all about ?”

“Come and meet your new friends. A stranger is only a friend you have yet to meet and there are lots here for you to meet.”

“Nineteen.” He knows he is nineteen but he knew he was not that old.

“What’s with all the flowers ?” Tim asked directing his question to all about him.

It was John who replied. “If you kill a man, if you cut him down he is dead and you can not change that. If you cut a flower from a plant the plant does not die, more flowers grow in its place. The more flowers you pick the stronger the plant grows.

Tim was not sure he comprehended what John was saying.

“We are going for a swim,” Tracey added. “when we come back we can all pick some flowers for you. Come and join us for a splash.”

“I don’t have any swimming trunks.”

“When we have finished swimming we’ll have something to eat. We don’t eat meat. Then I will fix you a joint, weed is vegetarian of course.”

“Injured due in eight minutes doctor.”

Already Doctor Newman could hear the helicopters in the distance. “How many are there ?”

“Ten whirly birds Doctor so could be twenty but that’s just the first wave. It’s going to be a long-haul doctor.”

Timothy’s first case was a young man, boy almost, whose chest had been hit by shrapnel. Three ribs were broken, his left lung was punctured but with so many pieces of shrapnel that needed to be removed before any surgery could take place his chances of survival were slim.

“I hate this war,” Timothy declared.

“But Sir you do not need to be here, you are British and a volunteer.”

“When kids like this are being injured as this poor guy is I have to be here.”

“Blood pressure one twenty-three over eighty-two.”

“Thank you nurse, a little high bug given this mess in his chest that’s good. Pulse ?”

“That does not equate with his blood pressure. You sure you are right ?”

There were four surgeons in the operating area, without any more injured being flown in that would mean each one of them had five patients to deal with. Doctor Newman did not consider how long his first patient would take to work on and he tried not to think of those waiting in the prep area.

Volunteering as a doctor to work in a foreign war had been all too easy for Tim, his friends and colleagues had not questioned his wish to travel to Vietnam but none had thought for a single moment about joining him.

Slowly Doctor Timothy Ford-Newton removed every piece of shrapnel from his patient’s body. The operation followed during which time his patient remained stable. What was the patient’s name ?  There was not time to ask such questions. When a patient survived and went into recovery they became a real person with a name. If they did not survive they were just an anonymous number. 11.363 people that year would be anonymous numbers. Not that he knew the number, Tim was determined this young boy on the operating table would not become number 11,363. If he was religious he would have prayed but religious he was not.

The operating table cleared and gowned in a new, clean operating gown Doctor Timothy began work on his next patient. This was a simple case, an amputation above the knee. Simple and not life threatening but lifechanging. How was this young soldier going to live the rest of his live with only one and a half legs ?

Word had spread of a protest in San Francisco but that was how many miles away and what would a protest do to stop the killing ?

If his first patient survived would he return to his home ? He would. This patient, once he had been deprived of his lower leg he too would return home. There were young men in San Francisco and in every town and city throughout America waiting to take their place.

It was hot in the operating room, a nurse gently tapped his face with a cloth. Inside the surgical gloves Tim’s hands were sweating. He needed a bath, a long soak in relaxing hot water but there were no baths in the accommodation area of the medical unit, only showers.  Medical unity, MUST - Medical Unit Self-Contained Transportable, couldn’t somebody have come up with a kinder and more loving name ?

Tim shrugged his shoulders. Before he could get into the water he had more patients to care for.

Patient number four was dead when he arrived on Doctor Tim’s operating table. He was not the first the young doctor had met this way and he would not be the last but that did not stop tears forming in his eyes. Why ?  Why ?  Why ?

“Death is not the end,” a colleague had recently said to him.

“I am not religious.”

“Neither am I. Life and death are not prescribed by religion. Man created god in his own image, different gods for different men and their shallow beliefs. There is more to death than life, there is the KA.”

Previously Timothy had thought somewhere within all that was happening he was dreaming but now any hint of a dream disappeared, this was real.

“What’s a car got to do with it, or as you Americans like to call things an automobile ?”

Let me gather my scattered senses and then I will move on. Speak again tomorrow. 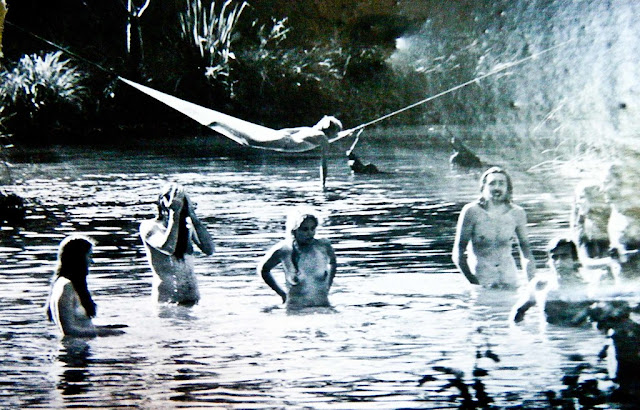 Posted by The Sunshine Smile Crew at 21:51