What was you first car ? 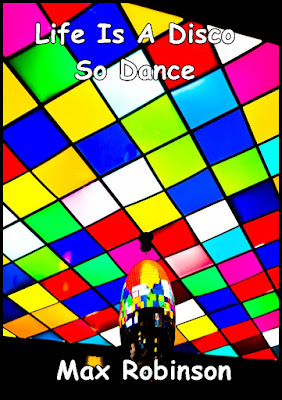 WHAT WAS YOUR FIRST CAR ? Yesterday I wrote this chapter for my book LIFE IS A DISCO.

When I finished college and began teaching I needed my own transport but that was not going to be a car. How about a motorbike ? It was possible to immediately drive a motorbike with L plates and no formal tuition. That sounded good but on my way to buy one I lost my bottle. Thank goodness I did as had I made such a purchase of folly I would most certainly have killed myself and probably at least one other with me. No, I did not acquire a motorbike but a push bike.

Puttin' on speed, as I tried catchin' up but you - Were pedaling harder, too - Riding along like a hurricane, honey - Speeding afta you,

Brrr, Sing this song, - Round, round wheels go round and round - Down, up pedals, down, up, down - Well, gotta get across to the other side of town - B'fore the sun goes down, - Hey, hey

That was a hit for Mungo Jerry in 1970, there were some great pieces of music in the 1970’s,  but my pushbike purchase was a few years later. It served me well for a year and a bit but I had to learn to drive. Eventually I gave in and booked a course of lessons with a local driving school Drivewell. I was not difficult and I passed my test first time.

It was not a conscious decision, subconscious is the right word, but I stopped drinking and have not consumed alcohol since. I passed my test in 1977. In 1994 a musical group Kraftwerk released a 23 minute twelve inch single Autobahn. You really need to listen to this via a set of headphones, it is the greatest piece of stereophonic music ever released, you can hear the car drive from your left ear, through your head and into your right ear. It is amazing, another great piece of 1970’s audio.

But I was never going to be able to drive on an autobahn or any road without four wheels under me. Those four wheels were attached to a Triumph Herald registration LSS 482 D. A bit of rust bucket it cost me £125, today checking on e-bay a classic restored car is not as expensive as I thought it would be, I can own a Triumph Herald for a second time costing me between £1,000 and £3,500. Shall I ?

Over the years I have owned many different cars and driven millions, I suspect literally, of miles. I never drive a car without music playing. When was the CD invented ? 1979, there you go the Disco Seventies again. I once had the UK director of an international giant company in my car. He was a clever man and did his research before we met. They are right, he said, you do like music. There are never less than fifty CD’s scattered around my car. My late daughter got into my car once and said: Dad I don’t mind if you play your music. Mind or not I was going to play it ! If I do ever own a classic car in the form of a Triumph Herald or a Triumph TR7 I will have to have it fitted with a CD player.

When I passed my driving test and had my very first licence it was set to expire on 3rd November 2020. I remember so clearly looking at it and failing to comprehend the day which was forty-three years later. I would never be so old as seventy would I ? I am typing this page on Thursday 22nd October 2020, in twelve days time I will be seventy years old. Over the years driving has been fun, I have driven thousands of miles in America and thousands of miles in Europe but not anymore. At the age of seventy, I will be seventy by the time this is published, driving is not fun anymore. Today it is a chore. Perhaps if I can sell enough copies of this book I will be able to afford to buy for myself a fully restored and maintained Triumph Herald. I wonder if it would be possible to buy the original LSS 482 D as a personalised number plate. It would have to have a CD fitted so I could drive round playing Kraftwerk’s Autobahn with the volume turned up full.

Posted by The Sunshine Smile Crew at 22:40