Trains And Boats And Little Children 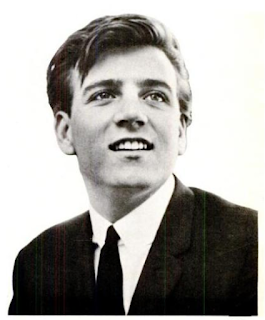 TRAINS AND BOATS AND LITTLE CHILDREN

The first book in this series is YOU NEVER GROW OLD WITH ROCK AND ROLL  I say as I invite my readers to rock and roll through the 1950’s and suggest that an acorn of music was planted in  the 1950's from which the giant oak tree of Rock and Roll has grown.

I have now planted my own oak tree of music. Let me preface this chapter by telling you all about it.

On my regular visits to Stowe Landscape Gardens near Buckingham each week I have been collecting acorns. Stowe was the first projects for Lancelot Capability Brown, it was under his direction the trees from which I harvested my acorns were planted.

Next I checked up on-line how to plant an acorn, picked out what appeared to me to be the acorn with the best  potential to  grow into a giant oak tree and followed the instructions. I decided to encourage my little acorn to grow by giving a name, what better  name to give to an oak tree than that of The King of Rock and Roll himself, Elvis Presley ?

Elvis Presley, of course, was American. I think I should plant a second acorn for a British rock and roll singer.  It is said that Billy Fury was Britain’s answer to Elvis Presley but I will be planting my second acorn for William Howard Ashton who was and still is Billy J Kramer. Yes, Billy is still very much with us but The White Hart Pub in Bletchley Milton Keynes is, sadly, long gone.

The White Hart Pub was my local in  the mid 1970’s, its manager Gordon became a bit of a friend of mine. He had ambitions to become a nightclub manager. To advance this he began putting on live acts in his pub, one of which was to be Billy J Kramer. Billy’s hits of Trains and Boats and Planes released in 1965 achieved position twelve in the UK charts in1965 with Little Children a year earlier reaching the number one spot. Billy’s backing group was The Dakotas, for a bit of a comeback at The White Hart it was Billy J Kramer and The New Dakotas.


A great song and a great performance by Billy J.

Gordon asked me to help at the performance, my job was to look out for Billy. It was a great evening in a packed White Hart Pub.

Billy is seven years older than I am and has put on some weight but he is a great guy, we are loosely connected through facebook. I'm gonna treat you to a movie – I guessed if Billy J re-released Little Children today that line would have to be something about playing on a tablet or a silly smart phone.

A great night Billy way back in the disco 1970’s, I look forward to your rock and roll being celebrated in a second oak tree.

Posted by The Sunshine Smile Crew at 00:24