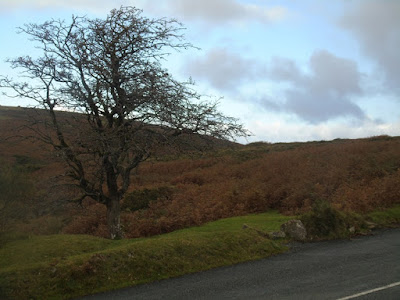 I love people, I always have. With the pandemic the projects close to my heart are on hold. I tried last week with my radio show THE DISCO OF LOVE to reach out and celebrate those who are going the extra mile to love and care for our community right now.

Will I ever be able to get back to spending two or three hours a week in school ?  Visiting a Food Bank distribution centre and having lots of fun with both customers and volunteers ?  What about my pavement buddies ?

The Milton Keynes Citizen has branded me The MK Environment Campaigner.  It is not that I have given up on caring for people, just that the projects I was involoved in can not operate as they did with me in direct contact. Prior to the pandemic I was campaigning and shouting my mouth off about the destruction of our planet - call it global warming - call it biodiversity - these are two side sof the same coin. I have always said WHAT IS THE POINT IN CARING FOR PEOPLE IF WE ARE DESTROYING THE PLANET THEY LIVE ON.

Yesterday while out and about on this long week-end break in Devon I purchased five bug hotels which I plan to give to different people forn their garden. I also purchased a bird table, this will be the third in my garden. I love the birds in my garden, I am looking forward tio making friends with those who will occupy my bug hotel.

On Wednesday my radio show will be playing music around the theme LOVE YOUR PLANET.

Currently there are approximately 10,000 living species of birds, with an estimated 1,200 considered to be under threat of extinction ?

A study published recently in the journal Biological Conservation suggested 40% of all insect species are in decline and could die out in the coming decades ?

We have lost over 90% of nightingales in the last 50 years. This led to the species being placed on the Birds of Conservation Concern Red List.

Once  common throughout Africa and Asia, elephants have declined significantly during the 20th century, largely due to the illegal ivory trade. Though some populations are now stable and growing, poaching, human-elephant conflict, and habitat destruction continue to threaten the species.

Hedgehogs, Europe's only spiny mammals, are under threat due to a loss of habitat and food. The result has been declining reproduction, landing the creature on a range of endangered species lists. The main drivers of the decline appear to be linked to the agricultural industry.

What is the point of caring for people if we are destroying the planet they live on ?

I LOVE PEOPLE - I want a planet on which they can live and I can love them.

Posted by The Sunshine Smile Crew at 19:03