Swinging Through the Sixties - Part Six 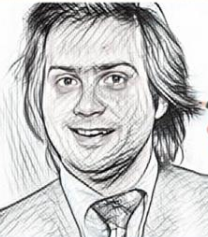 IF I COULD HAVE MY TIME AGAIN:
When I go into schools to talk with teenagers it is as part of a programme called Worktree where volunteers of different ages and work backgrounds help today‘s generation make career and lifestyle choices. Writing now in September 2020 the programme is not working due to the pandemic. I look forward to normality returning and the inspiration today’s teenagers give to one who swung his was through the 1960’s.

In school I am often asked the question: What would you do for a job if you could live your life over again ?

Before answering that may I say to today’s teenagers do not rush to grow up. Do not do what I did.

As a little kid I wanted to be an older kid and to do the things bigger kids did. Then as an older bigger kid I wanted to be a teenager. The next rite of passage was to leave school and get out into the real adult world of work. Speed on the days so I would reach the time when I was old enough to be considered for promotion.

Now as I am about to enter my eighth decade I plead with our younger generation – DO NOT DO WHAT I DID.  There is a rock and roll song BORN TOO LATE from The Pony Tails. You were not born too late, you were born at the precise time Deastiny had within her plan. Enjoy your life.

So what if I could have my time again, what would I do ? I will answer by saying I would like to be a doctor, a surgeon, a transplant surgeon. But………….

BUT at school I never worked hard enough to achieve the grades I would need to go to medical school. My brain certainly had the capacity so I know, If I had applied myself, I could have done it.

BUT at medical school I would have had to dissect frogs. Until very recently I had a terrible phobia of frogs, I could not even look at one without my whole body turning into a quivering jelly. That phobia is now gone but I have a firm belief that all life is sacred so I could never cut up a murdered frog.
BUT I do not think I have the dexterity in my hahosingnds to be a surgeon, a transplant surgeon.

That is a career path I could not follow. Try something else.

I would like to be a singer. Not a pop singer but an opera singer. Problem. I cannot sing.

Choosing a career path you can learn and develop skills but talent is something you are born with. You can not pick a talent from the marketplace of the school timetable. I can not sing so not have the talent to be an opera singer.

I have said that in the swinging sixties I dreamed of being a writer. I am a writer but that is not a career, it is a hobby. Putting together this account I am writing more than three thousand words a day. That is the level achieved by some of the world’s most prolific and famous authors, the like of Sir Arthur Connan Doyle who gave us Sherlock Holmes. Yes, I have dreamed of fame and fortune but at this time in my life what would I do with it ?  I write for my own enjoyment but also I hope that someone reading my scribble will say: I could do better than that. I’ll have a go. If my writing inspires just one person to write then I will have achieved all I want to achieve.

Have I done that over my writing career ? Have I shared my passion with the younger generation to write ?  I think I have. How did I do it ?  I was a teacher. I know, if I could have my time again how about me becoming a teacher ?

BOXING WRESTLING FOOTBALL AND A BIT OF ATHLETICS:
Henry Cooper, who was he ? Born 3rd ay 1934 Henry was a British heavyweight boxer. Cooper held the British, Commonwealth, and European heavyweight titles several times throughout his career, and unsuccessfully challenged Muhammad Ali for the world heavyweight championship in 1966. Henry was a national hero and while we teenagers did not aspire to the sport we all followed his progress and whished him towards the world championship.

Working at Lewis’s Limited the company was sent boxes sample bottles for a new aftershave. I was given the job of handing it out to all the sixteen, seventeen, eighteen and nineteen year olds working in the store. Everyone thought as I did that the aroma would never catch on. That was until Henry Cooper fronted a national campaign with the slogan Splash it all over Henry !  Instantly Brut was number one. Everybody was my friend asking for sample bottles. In my bathroom today I have a bottle of Brut.

Saturday 30th July 1966. England 4 West Germany 2. There were two Germanys in 1966 but there was only one England. England World Cup Champions.

The final was, of course, held at Wembly – the old stadium – in London but preliminary rounds were held up and down the country. One of the grounds used for preliminary rounds was Villa Park. Across Sutton Coldfield, sorry I mean The Royal Borough of Milton Keynes, there were signs directing people to Villa Park.

England has a mascot called Willie – World Cup Willie. A song was recorded and became a mega hit:

Football players in the swinging sixties were ordinary people, you would see them about the shops, their kids went to the same schools as we did. They did not earn, if that is the right – paid would be better, the obscene salaries of today. Football was a sport and not a business.

Saturday 30th July 1966, I had a Saturday job working in a local hardware shop. While the game was on we did not have a single customer. At half-time a lady wearing her slippers raced into the shop to tell us the score. The game was live on TV but we did not have one in the shop. We did not need a television to hear the final score and every home within miles of the shop erupted in cheers.

Some people are on the pitch ! They think it's all over ! It is now !  That has to be the most famous quote from a football commentator, spoken as Geoff Hurst hammered a fourth goal past West Germany.

My Nan was a bit of a fan, I was not, of wrestling. Every Saturday on television overweight men hugging each other trying to force an opponent on to the floor and win the game. I never saw any fun in it.

London 2012, the best Olympic Games there has ever been. Summer 1964 the Summer Olympics were held in Tokyo, Japan.  I was thirteen. The time difference made it difficult to follow what was happening and Great Britain was not that much good at athletics. However, there was a fabulous piece of music used at the games: I Come From Tokyo.