DEA Better Known As The Dukes 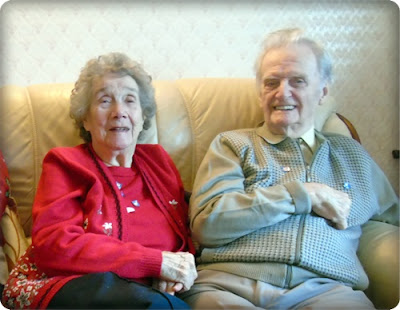 It's just over a week since I started scribbling my teenage memories - SWINGING THROUGH THE SIXTIES.

This was meant to simply be a bit of relaxation after working on those three books. I only intended to write a couple of pages. I showed them to my Mum who started exploring her own memories of the swinging sixties. She and my Dad are nipping through their nineties. Mum showed my writing to my Dad, both asked me to write more. I am now up to 26,340 and plan to publish SWINGING THROUGH THE SIXTIES as an e-book on Amazon on Monday 28th September.

DEA Better Known As The Dukes

It all began on my fourteenth birthday, 3rd November 1964, and would be at the centre of my life for the next three years. I only wish I had allowed it to dominate my teenage years for just a little longer. If only I could turn back the clock.

PHYSICAL FITNESS – RESCUE AND PUBLIC SERVICE – HOBBIES – EXPEDITIONS. Four elements making up The Duke of Edinburgh’s Award Scheme. Founded on 1st September 1956 when I was only five years old, as I approached my fourteenth birthday I could not wait to sign up. I am a Silver Award holder. How I wish I had not given up when I was so close to winning Gold. Success as a management trainee in Lewis’s Department Store overtook His Royal Highness in my list of priorities. What a mistake that was.

For some teenagers, not all, The Duke of Edinburgh’s Award Scheme was our hobby. I achieved my Bronze Award in exactly one year. Let me tell you what had to be done to be able to wear the tiny bronze badge which we preferred to call our medal.
The first thing to be done, obviously, was to join the scheme. To do this I had to part with five shillings (25p) to purchase a record book. This was a green pocket record where different people would sign and certify my achievements. I know I still have the book somewhere in the house but search as I have I can not find it. With the book proudly in my possession I could start working within the four areas of: PHYSICAL FITNESS, RESCUE AND PUBLIC SERVICE, HOBBIES and EXPEDITIONS:

PHYSICAL FITNESS: Certain standards had to be met. Standards was the key word, a metaphorical bar I had to clear in order to have any given standard signed off in my record book. Such standards as running one hundred yards in a given time, being able to long jump a prescribed distance, throwing a cricket ball over a set line. I am trying to recall, fifty-six years later. The standard for the one hundred yard dash, I think was fourteen seconds. The long jump was twelve, although it could have been fourteen, feet. I do not have a clue about the cricket ball.

As I recall you could pick and mix within three subcategories. Running: 100 yards, 440 yards, 880 yards, one mile. Jumping: long jump, standing long jump, triple jump, high jump. Throwing: cricket ball, shot put, javelin, discus. I wouldn’t mind betting His Royal Highness worked out these standards himself and I wouldn’t mind betting in 1964 when I was fourteen and he was forty-three years of age he could have personally achieved each and every one of them. The Duke was our hero.

RESCUE AND PUBLIC SERVICE: That was easy. I simply attended a first aid course and passed a test. I can still remember today the basic skills I learned, I never been called upon to render first aid at a major incident but that I learned within my Bronze Award I have used over the years. Thank You Duke.

HOBBIES: Music. I used to play a trumpet, I could never have made it into The Royal Philharmonic Orchestra nor bugled with Andre Reiu but I could bash out The Trumpet Voluntary so that qualified me. I can’t say much here as it happened not in the swinging sixties but I did meet the Duke early in the Disco Seventies. He and I talked about a trumpet band he had listened to in Mexico.

EXPEDITIONS:  It’s A Long Way To Tipperary. It is also a long way to Waterhouses, Waterhouses is a small hamlet in the Dovedale area of Derbyshire. That was where my expedition ended. Fifteen miles across two days with everything in a rucksack on my back. Six of us all with tents, sleeping bags, a primus stove to cook, billy cans to cook in and to eat from. All food, no purchases allowed along the way.

The route began at Ilam, went via Thorpe and Dovedale to our overnight camp, I remember we camped at Uppermoor Farm. Then off again in the morning for the expedition to end at Waterhouses. Fifteen miles and it rained for every yard of the way.

That was just the practice expedition, we had to do it all again a month or so later. The expedition section was the best part, for me, of The Dukes.

And so I gained my Duke of Edinburgh’s Bronze Award. On to the Silver.

The standards for physical fitness became harder, thank you Mr Duke, thank you said with a note of sarcasm in my voice, I hope you picked up on that. Hobbies ? I just kept on playing my trumpet. Rescue and public service ?  More first aid together with my mates and I going along every week for six weeks to Sutton Coldfield Fire Station where we attended lectures on fire safety and prevention. On the last night we were all allowed to slide down the fireman’s pole (Note the position of the apostrophe – only one fireman could slide down at any one time so it is singular and not plural – firemans’) from the first floor recreation room to the ground floor fire engine garage. Given my discomfort with high places I am not sure how I managed to do that.

We made it an excuse by saying we were in training for a series of Saturdays walking from The Royal Borough of Sutton Coldfield to Chasewater and back. We used to say that was a distance of twenty-five miles in each direction. Typing these words now decades later I am guessing I have got that wrong !  Let me check. A slight exaggeration, twenty-two miles in each direction but still a round trip of forty-four miles is no minor achievement is it ?

The distance for a Silver expedition was 30 miles, camping for two nights and carrying everything on our backs. Expeditions had within those taking part a leader. I do not remember who was leader for the Bronze expeditions but for Silver it was Yours Truly.

On the practice expedition I was faced with a difficulty which, fortunately, everyone supported me with. I am not sure I and my friends were right in what we did. Night one and we were walking to the farm where we hoped we could camp for the night. We could see the farm away on the hill, a hill somewhere in the Peak District of Derbyshire. There was a thunder storm raging. Suddenly we found ourselves in the middle of the storm. Lightning bolts crashed down, hitting the ground around us. The crack of each explosion was scary. Steam arose from the ground where the lighting hit. This was dangerous and I was in charge. No matter what I said we should do we were all in danger.  We had rucksacks on our back with metal frames ! My decision was to walk as fast as we could to the farm.

Arriving at the farm I knocked on the door.

“We are on a Duke of Edinburgh’s Expedition,” I explained.

“The Duke of Edinburgh,” the farmer smiled. “Have you brought him with you ?”

I explained about needing somewhere to put up our tent for the night.

The family invited us in, sat us round a warm open fire then gave us something to eat and drink. Strictly speaking we were only allowed to accept water as a drink but rules were set aside as we accepted the hospitality of this lovely family. No, we did not put up our tents in a field even though the thunder storm had abated. We slept in a barn.

The test expedition was held in The Long Mynd area of Shropshire.  No thunder storm, as I remember it was a warm sunny week end. On this expedition I had to exercise my right to be in charge. Using a Silva Compass, do you know what one of those is, we had to navigate a distance of about three miles. A hill stood in front of us with the compass saying the destination lay on the other side. Some of the team wanted to walk around the side of the hill but I insisted we follow the compass bearing and go over the top. That was a shorter distance but the hill had to be climbed. That was the way the Silva Compass said we should go and that was the way the expedition’s arrogant teenager insisted we would go.

All finished. Physical Fitness, Rescue and Public Service, Hobbies and two Expeditions each with its own event. I now was the proud holder of The Duke of Edinburgh’s Silver Award.

In the swinging sixties The Dukes was available to teenagers from our fourteenth birthday to our eighteenth birthday. I began working on Gold. I almost completed it, just the expedition section to be invited to Buckingham Palace and receive my medal from His Royal Highness himself. But I quit.

The prospect of becoming a retail giant following in the steps of Charlie Clore who controlled The Lewis’s Department Store Group took precedence. Duke, you and your missus never did shop at Lewis’s did you ? I should have continued, I could have continued but I did not. Perhaps that was the greatest teenage folly as I swung my way through the 1960’s

Posted by The Sunshine Smile Crew at 22:16