SWEEP THE BEGGARS OFF THE STREET 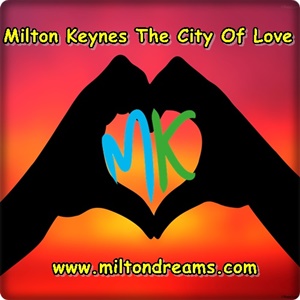 In May 1994 Prime Minister John Major went on record saying SWEEP THE BEGGARS OFF THE STREET claiming that begging was offensive and should be driven from the streets. Urging people to report beggars to the police, Mr Major said the benefits system made it unnecessary for people to resort to begging and there was no excuse for it. It was an eyesore, he said. I wonder if the attitude deep down of a politician today has changed.  While nobody is going to speak the way Prime Minister Major did an understanding that there is more to solving rough-sleeping than putting a roof over someone’s head is as void now as it was twenty-six years ago.

Two weeks today my book Milton Dreams The City That Never Was will be published. Within it there is a chapter MILTON KEYNES - THE CIT OF LOVE.  On Thursday I will be playing two hours of music on the radio trying to inspire love.

2020 The Year That Never was !  The year 2020 where Summer went straight into Winter bypassing Autumn.  I have been in a very small way been supporting a pavement buddy outside Morrissons, Westcroft. I went to some shopping on Saturday and there he was in the wind, the rain and the cold, there he was huddled up in his sleeping bag. 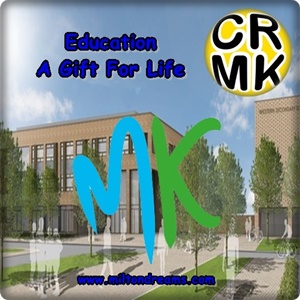 Milton Keynes The City Of Dreams - who is kidding who ?

Schools go back on Wednesday. I will be playing two hours of music for our amazing schools at this difficult time.

I sent an e-mail to every single member of Milton Keynes Council asking for support at this difficult times. Support for our teachers, their schools and students.

How many councillors do you think replied ? How many added their support ? 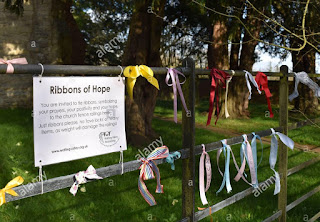 The spirit of John major is alive and well !

Saint Giles Church, Tattenhoe, right at the start of the pandemic invited people to tie a ribbon to its fence, a ribbon of hope for someone special.  Mine was one of the first tied to the fence.

Now this IS Milton Keynes - The City Of Love.

I will be opening the show with this beautiful place and will be trying to inspire more places to follow the example of Saint Giles Tattenhoe. 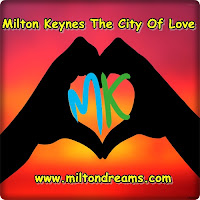 Perhaps if we swept up the heartless Milton Keynes Council members we could indeed achieve a city of love.

Posted by The Sunshine Smile Crew at 22:57