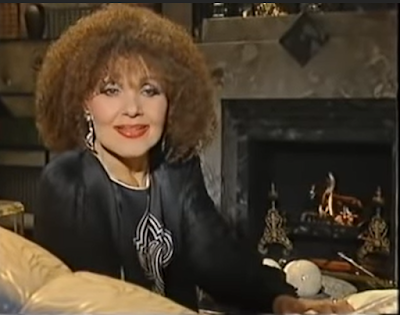 Don't believe everything they tell you !  Website says that my nook MILTON DREAMS THE CITY THAT NEVER WAS is to be published in seventeen days time, NO - the publication date has been moved to Monday 14th September which is actually twenty-eight years to the day since my very first book was published but that is another story.

Let me introduce you to a MILTON KEYNES WORTHY - Dame Cleo Laine from Wavendon.  Within my book I name Cleo and her late husband Milton Keynes Worthies and include both in the chapter Milton Keynes Iconic Music. 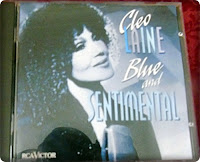 Almost a year ago Radio CRMK Chairman Paul Alexander gave me hundreds of music CD's to sell at Woodstock MK in support of The Milton Keynes Winter Night Shelter. What a day that was, raising almost £500 to support our homeless rough-sleeping friends. One of those CD's which we did not sell that day features the incredible voice of Milton Keynes Worthy and Music Icon Cleo Laine.

Cleo is now going to autograph this CD which within the promotion at the launch of my book next month I will auction in support of The Milton Keynes Winter Night Shelter. 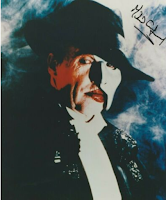 from Cleo at Lower End in Wavendon.  I am juggling a few things but hoe very soon to have an autographed photo graph from  Michael who starred in Andrew Loyd Webber's musical The Phantom Of The Opera.

This too will be auctioned supporting Milton Keynes Winter Night Shelter.

Phantom Of The Opera is the longest ever running musical on Broadway.

Here he is, Milton Keynes Music Icon, Michael Crawford in Phantom Of The Opera.

Until Amazon set up my book I will not know what the royalties payable will be But during the time of the Milton Keynes Music Icon auction I will donate 50p from every book sale to the work of Milton Keynes Winter Night Shelter.

Many will know that The Peter Pan of Pop Music aka Cliff Richard filmed the video for Wired For Sound in Central Milton Keynes.

Last year I asked The Cliff Richard Foundation if Cliff would autograph a copy of Wired For Sound. My request fell on DEAF EARS. Once I have the CD from Cleo and photograph from Michael I plan to ask again. Cliff, watch out for I am about to twist your arm hard up your back !

Milton Keynes The City Than Never Was is a warts and all look at the good the bad and the ugly of MK.  Throughout the seventy off thousand words of text I try to inspire readers to celebrate the good, to bend the broken and to repaint the ugly.  The DREAM is that one day we will be awarded city status at which time I will publish a new work: MILTON DREAMS THE CITY THAT TRULY IS. Please help me make that dream come true, when these icons come up for auction.

Escape From Armageddon – The First 100 Days

On Monday 14th September I will also be re-publishing my 1994 Milton Keynes book NOT THE CONCRETE COWS and a work of fiction I am still writing, GETTING TO KNOW MY GRANDDAD.
Posted by The Sunshine Smile Crew at 21:10