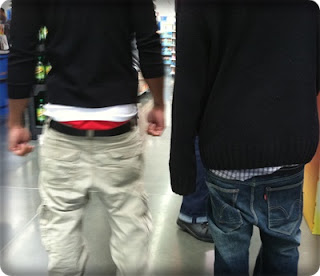 Monday 3rd August 2020 - Madness
No, I am not referring to this Mad, Mad World we are living in but to the pop group Madness and in particular to their hit record Baggy Trousers.

Madness had a hit record with Baggy Trousers forty years ago in 1980. Yesterday walking back to the car park after a lovely day at Stowe National Trust Landscape Gardens there was a family socially distanced behind us. Within the family was a young girl, she would have been about ten, singing Baggy Trousers. Madness had a hit with that before even her mum and dad were born yet she knew all of the words and could sing them.

A couple of pre-lock down experiences from when I was going into schools to work with teenagers.

Another teenager. He asked me what my favourite piece of music is. It is, of course, Bridge Over Troubled Water by Simon and Garfunkel. Immediately I had explained the lad started to sing the words.

Next time you are in the supermarket stop and listen to the music playing in the background. It is all retro pop from the 1960's and 1970's.

Take something from today, something from The Ginger Niger - what's his name ? Ed Sheeran. Fast forward forty years to 2060, do you think a ten year old will sing anything of his as the young lady from yesterday sang Baggy Trousers ?  Of course not.

While sitting in the sunshine at Stowe yesterday I wrote another 3,026 words for my story featuring teenager Pip Diamond who is now in October 2017 The Prince of Rock and Roll. Another 627 words written this morning I have Pip in San Francisco playing the music of Donovan.

When vinyl was replaced by other forms of recording the quality of the songs began to slide. Now with downloads, YouTube, smart phones and all the rest it has been destroyed.

MADNESS !  But then we are living in a Mad Mad World !
Posted by The Sunshine Smile Crew at 02:12