Pip's blog - the next chapter in my book, 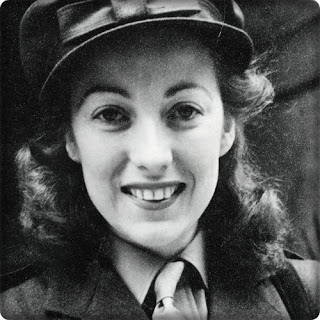 This chapter begins with Pip's mother editing his previous log entry. In the next chapter which I will start writing later today she finds herself on one of her son's musical time travel excursions.

EDITORS NOTE
Did my son write that ?  Of course  he did but go back to what he wrote on Monday 17th September and compare it with yesterday, Day Eleven of his blog, Thursday 27th September 2017. I have not edited  single word of what he wrote yesterday.

I need to speak to my mother today. She is an accountant and manages my father’s fortune, she also sorts out the tax on my royalties, now she is going to need to take care of Pip’s money.

Ours is a bit of an odd family. My husband lives for his work. I love him, of course I do, but he lives in his own world and only lets each one of us into that world when he wants to. Three sons who sort of orbit round us. Two clever young men at university and one pure genius.

I am getting closer to Philip, Pip, at least I hope I am. Richard and Alex are friends but I would not say they are close. Could it be through Pip that all three become close.

So Pip what are you going to get up to today ?  I am going to do a lot of thinking today, I will also do a bit of research as I think I am going join you and become a vegan. 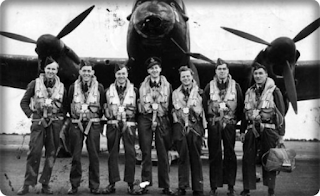 “I know you and your crew are not on ops today but you may like to stick around. We have a special guest coming to the base later today and I thought it would be nice if she presented you with your DFC.”

“Lighten up Pilot Officer, or may I call you Philip ?  It is not every Lancaster pilot in bomber command who has a medal pinned on their chest by The Forces Sweetheart.”

My crew were all still on the base, when I told them the news every one of them changed their plans. Was that to support me or was it to listen to the singing of Vera Lynn ?

“Thank you Dickie.”  Flight Sergeant Richard (Dickie) Williams, the signaller on my aircraft.
“Perhaps we should take bets on how soon you make it to Flight Lieutenant.”

It wouldn’t be long, I knew that. Promotion was rapid, everything depended on how many lost their lives so dragging those left up the ladder of promotion. I’d make it all the way to Wing Commander if I could keep myself and my crew safe during our nightly raids. Life expectancy in Bomber Command was short.

“The White Cliffs Of Dover and Berkeley Square.”

“A nightingale sang in Berkeley Square.” I started to sing the words.

“One day when this war is over I will find my very own nightingale.”

“As I bring us all in after a raid The White Cliffs Of Dover are a welcome symbol meaning that we are all safe. In my head I silently sing Vera’s song.”

“What will you do when the war is over Pip ?”

“I do not have any idea. Flying is all I know about, what else could I do ? What about you Dickie ?”

“When I am hitting the morse code key it’s like I am tapping out music. I think if I survive this war I would like to do something with music.”

“Who knows what will happen to any of us.”

“How old are you Pilot Officer ?”

Was I really in the presence of The Forces Sweetheart ? Was she really speaking to me ?

“Pilot Officer I cannot tell you how proud it makes me feel to be here presenting this medal to a hero, a real hero.”

She pinned the Distinguished Flying Cross onto my uniform. Vera Lynn, The Forces Sweetheart, then kissed me on the cheek. She really did.

“This is for you Pilot Officer or may I call you Pip ?”

She put something into my hand. I thanked her, put in my pocket and saluted.

Back now at home in 2017 I took it out of my pocked and looked at the gift. A photograph of Vera Lynn. On the back she had written: Pilot Officer Johnson THANK YOU for letting me present you with The Distinguished Flying Cross. The whole country thanks you. It was signed Vera.

Now one hundred years old I wonder if Dame Vera Lynn remembers giving me that photograph. I think she does.

Posted by The Sunshine Smile Crew at 03:07