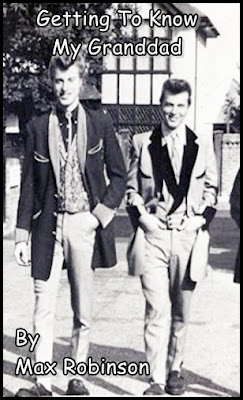 Pip is a disaffected, underachieving
teenager. He comes, however, from a highly successful family.  His father Robert is a professor of thoracic surgery while his mother writes under the pen-name of Mandy Jones, She is an international best seller of romantic novels. Pip’s older brothers, Richard and Alexander are at university destined for highly successful careers in any line of work they chose. Pip is a failure, a likeable failure but still a failure. 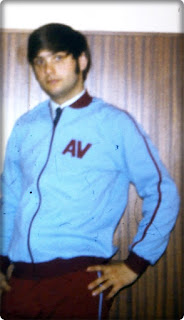 Pip is fascinated by his granddad who is very wealthy. If Pip can find out exactly how his granddad made so much money then perhaps he can follow in his footsteps and stop being a failure. To help his grandson he takes Pip on a series of time travel adventures which lead to Pip being famous and wealthy way beyond every other member of his family put together.

This is a draft of what I scribbled yesterday.


When we got home The Brothers Boring were there. Politely they shook my hand.

“So what have you been up to Philip ?” Richard asked.

“How do you know I have been bunking off ?”

“Just a guess. So what have you been doing with yourself Philip ?”

“Not a lot. Philip never does a lot but Pip, on the other hand has been learning to play the guitar.”

“Has been learning, that is past tense. Does that mean if you do not say you are learning instead of has been you have given up ?”

“I am not learning any more because I have learned.”

“Indeed, perhaps Philip may give us a tune later.”

Bladder – PISS. Away – OFF. Bladder Away both of you.

“Granddad’s here,” Mum came in. “Come through and greet him.”

Granddad shook hands with the boring duo but met me with a fist of friendship.

Mum thought. “The jam ones may be but obviously the cream cakes have cream in them.”

“What are you going to eat ? You should have said something when we were at the shop.”

Mum and Dad did not understand but Granddad guffawed with laughter.

I had only been thinking about becoming a vegetarian but now Pip as in Tickie Dickie, Pip And Then Diamonds, is a committed vegan.

While everyone sipped champagne I had a glass of Diet Pepsi. Boring my family !

Mum and Dad did not know what he was talking about but The Brothers Boring eagerly awaited me making a fool of myself. I would not disappoint them. I went to my room then returned with the twelve string. Sitting on the edge of the chair and trying to look nervous I slowly and deliberately plucked out mis chords for Three Steps To Heaven. Mum and Dad looked to the floor. Trickie Dickie knew what I was up to. The Brothers Boring started to slow handclap.

I jumped out of the chair and hit out Three Steps To Heaven like it had never been played before. The guitar, my singing rocked and rolled as I danced my way round the room. Granddad was smiling, Mum and Dad started to follow as they could not believe their eyes. The Brothers Boring looked at one another in utter confusion.

The moment Three Steps To Heaven finished I launched into Who Put The Bomp.

I did not give anyone the chance to say anything as their amazement soared to higher and higher levels.

“How long have you been playing the guitar ? Who taught you ?” Richard said.

I ignored him. “This is something I wrote myself. Tracey.”

“I did and here’s something I am working on now.

“When I'm feeling blue, all I have to do Is take a look at you, then I'm not so blue When you're close to me, I can feel your heart beat I can hear you breathing near my ear Wouldn't you agree, baby you and me got a groovy kind of love.”

I stood in front of Mum and Dad as I sang. It wasn’t just Mum who had a tear in here eye. I smiled at Dad and he smiled back.

“Take a breather,” Granddad said, “I’ll grab my guitar from the car then we can duo.”

I looked into the eyes of my brothers, every fibre of my being was saying “BLADDER AWAY – BLADDER AWAY.”

Grandad returned, winked an eye at me and said, “Lady and gentleman allow me to present Trickie Dickie Pip And The Diamonds, take it away Pip.”

“Trickie Dickie And The Diamonds,” my father said. “If it wasn’t for The Beatles he would have been bigger than Elvis Presley.”

Granddad put a hand on my shoulder. “Pip Diamond who WILL become bigger than Elvis Presley, everyone meet the new King of Rock and Roll !”

“More champagne anyone ?” Mum said. “Pip would you like a glass ?”