The next chapter in my latest book 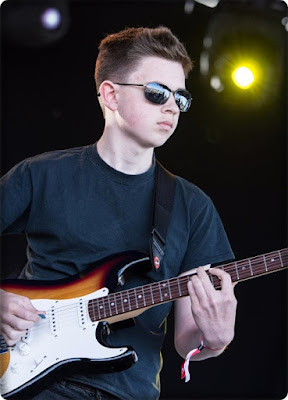 If you missed the earlier chapters in my new book here they are:

TRICKIE DICKIE AND THE DIAMONDS

And here's the next chapter:

DAY EIGHT Monday 24th September 2017
“Good morning Pip, good to see you. I fixed it with your headmaster. Come on in, I’ve got someone waiting to meet you.”

There were two Aston Martin’s in  the driveway of Granddad’s house. One was Granddad’s of course but who did the other belong to.  Perhaps Granddad had got it for me. No, there was a bag and a pair of gloves on the passenger seat.

Inside Granddad’s house it was Granddad and my 2017 life.

I thought I had seen his face before somewhere.

“This Pip is the reason why Trickie Dickie never became bigger than Elvis Presley.”

“Cartney,” he finished the sentence.

For a moment we all just looked at each other with nobody saying anything. What was this Paul McCartney doing at Granddad’s house and why were we not going back to life in the rock and roll ?

As if reading my mind Paul spoke. “Shall I begin ? People say that if it had bot been for The Beatles Trickie Dickie and The Diamonds would have been bigger than Elvis Presley, The King of Rock and Roll.”

“I could be, who knows. You see when The Beatles came along we wrote our own material. Before then it was different. John Lennon and I were the singer songwriters in The Beatles. Other groups then started to copy us and write their own material.”

I nodded but I did not understand.

“Trickie Dickie was the exception, he always wrote his own material. In his time before we came along he was unique. He could write a song every day of the week,. His output was prolific.”

“I think that you are a bit like that Pip,”  Granddad said.

Paul continued. “Trickie Dickie not only wrote for The Diamonds but he also wrote songs for Adam Faith, Billy Fury, Cliff Richard, Helen Shapiro and a lot more.”

“I made as much money from their songs as I did from my own,” Granddad explained.

“But I didn’t change with the times,”  Granddad said. “As a singer songwriter I was a rock and roller. I could never sing Sergeant Pepper so I turned my hand to music production.”

Who was Sergeant Pepper ?

“Don’t get me wrong, I like music from The Swinging Sixties, from Flower Power and The Disco Seventies, I made a lot of money from it all but I sand it and never wrote it.”

“While I am still singing and I am still writing The Fab Four are history but Paul McCartney is still very much alive.”

I understood or thought I did but who was Sergeant Pepper ?

“Right Pip I want to hear the two songs Trickie Dickie here tells me you have written.”

“Let’s go into the studio.”

On the way Paul asked Granddad when Nan was coming home. I did not understand the answer. “She’s done the deal in San Francisco, just got to tie a few things off in the Far East then a day in Sheffield. Should be home by the week-end.”

San Francisco, I know that is not in Africa. Sheffield, that’s in England. I thought Barbados was in Africa so is that in the Far East.

“OK Pip, take it away. What are you going to play first ?”

“Dickie you have an amazing grandson. Pip how long have you been playing the guitar ?”

“He appears to have been born with the ability to play.”

“Amazing, he must have inherited it from you.”

“How about trying an electric guitar ?”

“If anything it’s easier. What do you say Dickie ?”

“I know you are an electric man Paul but I like the acoustic. I’ve got something I want Pip to try out. In 1962 I wrote a guitar piece for a group but it only made it to number twenty-nine in the chart. I’ve got the backing track ready, I thought we could play it and let Pip jam on electric guitar.”

“Never heard of it.”

“I’ll play the track through once Pip, listen to it then when I play it again you can jam.”

I didn’t think all that much to the track and the title, Orange Blossom Special, was rubbish but I would do my best. I had just started when Granddad’s housekeeper came into the room.

“You other guests have arrived.”

“Shall I fix you all something to eat and drink.”

“A snack would be lovely, thank you. Remember that Paul here and Pip are vegetarians.”

When the door opened I wanted the floor to open as well, I wanted to disappear down a hole but there was no escape.

“Granddad said it was OK, he said you said I could bunk off.”

WAS waved a hand. “Trickie Dicke,” he said, “I can not believe I am here with you.”

I thought my headmaster and geography teacher were both going to have heart attacks.

“Take a seat,” Granddad said. Just as well for they both looked as if they would faint.

“Pip was just about to jam to something I wrote way back in 1962. I’ll turn the backing track on and let’s see what he can do with it.”

I had an audience to please. I had my headmaster and ancient geography teacher, I would show them. Paul McCartney and Trickie Dickie could listen in if they wanted.

YES, the electric guitar was different.

“Granddad, can I do that again. Turn the speed up a bit will you.”

Oh I loved that piece of music. There were no words, just an incredible piece to play on the electric guitar. My Granddad wrote that.

When I had finished Paul jumped to his feet and clapped. Pappy and WAS joined in, both in a dream.

Granddad’s housekeeper cam in with a tray of tea, coffee and a selection of canned soft drinks. “Shall I take the photograph for you all ?”

“Yes,” Granddad said. “Use my camera over there then would you be so kind as to print off a few copies. We can sign them and Pip’s teachers can take copies home.

“A photograph with Sir Paul McCartney and Trickie Diamonds,” Pappy Newman said, “I can’t believe this is happening.

“Pip will sign it as well. You wait one day his signature will be more valuable that both of us put together.”

“Pip,” Paul said. “A little tip. When you pay for anything try to do it using a cheque, people will not cash it as they will want to keep your autograph.”

“You do that as well,”  Granddad said. “I used to pay by cheque but unlike you I am not famous these days.”

“Be good if your good lady could sign off those deals with cheques.”

“It would. Hey Pip let’s play together. Let’s Rave On.”

The three of us rocked and rolled to Rave On after which I sand solo with Groovy Kind Of Love and Tracey.

As I finished WAS tried to be the headmaster. “Philip Johnson are you planning to bunk off school again tomorrow ?”

I screwed up my face. “Perhaps not. Tomorrow it’s Pappy, I mean Mr Newman’s, geography class and I need him to show me where a few places are on the map.”

“I would like you to come to school tomorrow,” WAS said.

“We are bunking off right now,” Pappy said.

WAS laughed. “I said to you that I could not believe I had the grandson of Trickie Dickie and The Diamonds in my school. Here I am now with my teenage hero.”

“And mine,” Pappy said. “Here I am with Trickie Dickie and Sir Paul McCartney.”

“Drop the Sir bit, Paul said. My legs end in an arse just like yours do.”

WAS returned to being the headmaster. “Philip Johnson you are the biggest underachiever I Year Eleven.”

“How can anyone be such a poor school student and yet play music like that ?”

“I passed my A Levels,” Paul said.

“Academically Philip Johnson you are a dunce ?”

“I like English,” I interrupted, “I have started writing a blog.”

“You mean a diary. You should like English, your mother is an author.”

“Her books are boring.”

“Stop interrupting. Philip Johnson, I want you back at school tomorrow. I am going to call a special assembly for Year Eleven. I want you to perform your guitar. I want students to see they have a genius in their midst. You may not going to pass your GCSE examinations but I want you to encourage those who will pass them to pass a a higher grade as they copy your genius.”

“That is a very good idea Mr Simson,” Pappy said. “Pip will you play that guitar solo thing again ?”

“I would love to Mr Newman but Granddad we need to find a better name for this. What has it got to do with orange blossom ?”

“Perhaps that’s why it only got to number twenty-nine in the charts.”

I am getting good at writing this blog am I not ? Lots of people are reading it and I am making some money from it. I will have a good sleep tonight, I want to be on top form for assembly tomorrow. I’ll do that and I will go to Pappy’s geography lesson but then I will bunk off, I want to spend the rest of the day in my rock and roll life.

I have just remembered !  Granddad you never let me have a go in your Aston Martin like you promised !  You wait until tomorrow.

Posted by The Sunshine Smile Crew at 08:31