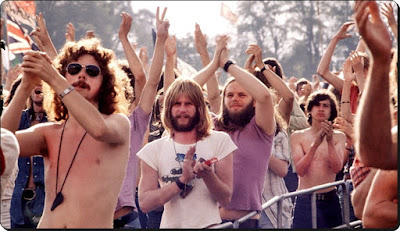 My addiction continues. On Sunday I wrote another 1,875 words for my new book.

Yuk ! I woke up to the smell of bacon filling the house. It was half past five. My Dad eats bacon sandwiches, what was he doing cooking bacon at half past five ? My Dad is a doctor, he spends his day saving lives. How could he start his day cooking and eating a life someone else has killed ? I am a vegan.

Now I am awake I am writing the blog. The first bit.

I don’t use social media. I know people would poke fun at things I wrote if I did. I do use YouTube, I didn’t use it a lot but now I do use it now to listen to music. I do have an e-mail – pjohnson76349@gmail.com but nobody ever send me one. I had one this morning.

Hi Bro
I know we are not close, not friends as brothers should be and I know you do not even like me but I just had to send you this.
I just loved your guitar playing last Sunday, OMG you were amazing. I have been telling all my friends about my talented younger brother. Now I can show them your three video’s on YouTube – The Amazing Guitar of Pip Diamond. Where did you find that car to film them ?
Pip Diamond you and your guitar are so special.
Keep rocking…
Alex

What video’s ?  I know what video’s but how did they get on YouTube ?  Who put them there on YouTube ? When did Trickie Dickie upload them ? I took a look. It was not difficult to search Pip Diamond and guitar.

There were three video’s, all had been uploaded yesterday. THREE STEPS TO HEAVEN had already received 34,621 views. GROOVY KIND OF LOVE had 72,491 views. ORANGE BLOSSOM had 152,988. All were increasing in number as I flicked from one to another.

Thank you Big Brother Alex for telling me about them, without your e-mail I wouldn’t have known.

What am I going to do today ? I am not going downstairs until Dad has gone to work and the stink of his bacon sandwich has gone with him. I will write what I did today this evening. I think I will probably go to school but I am going to go early, I do not want to be mobbed by people as I go in.

I went early and now at the end of today I can write what happened.

As I arrived WAS was getting out of his car.

“But your Granddad wants you, he phoned me at home before I left and said if by any chance you turned up at school I was to tell you to go over to his house as quickly as you could.”

Dickie had WAS’s home phone number ? So the two had arranged for me to bunk off school again.

“Ah Mr Newman, can you please do me a favour ? Can you drive Pip over to his grandfather’s home ?  Save him having to use the ‘bus.”

“You are not a lot of good at Geography are you Pip ?” Pappy asked once we were on our way.

“I aint much good at anything Mr Newman.”

“I would not say that but I would say Geography is not your strongest talent Pip. Do you know how many countries there are in the world ?”

“You will and so it would be a good idea if you knew where they all are.”

It was Nan who met me. Nan ?  I have kind of got used to calling her husband Dickie but would I ever manage to call my Mum’s Mum Ruby ?

“So you are back from Barbados ?”

“I haven’t been to Barbados.”

“I haven’t been to Africa.”

I did give her a peck on the cheek. Dickie came into the hall.

“As you can see Ruby is back home. She has been a very busy lady, she’s been to Thailand and to San Francisco.”

“And now I am coming with you both on another journey this morning,” she smiled.

I looked at Ruth, was that really my Nan ? What was she wearing ? And what had she done to her hair !

“That’s a bit different to a DA,” Dickie laughed.

Never mind her hair, mine was down to my shoulders. Why did I have coloured beads around my neck ? Most certainly my hair was no longer a duck’s arse.  Not a duck anywhere in sight but there were a lot of arses, some people obviously thought it was too hot and so had taken all their clothes off ! Ruby, Dickie PLEASE keep your clothes on. Pip Diamond had every intention of remaining fully clothed. This crazy costume would be super glued to my skin.

“Who are these people ?”

“Who are they ? When are they ? We are in a place called Bethel in New York State America Ruby said.

Dickie continued. “Musically and socially this is one of the most famous places there ever will be.”

“We are at Woodstock,” Ruby said. “There are half a million people here.”

Why have some of them taken off their clothes ?  I wanted to ask the question but did not want to know the answer. Instead I said, ”Where have they all come from ?”

“All over the country to be here for a music festival. This is August 1969, Wednesday 16th August 1969. Then organisers expected thirty thousand to turn up, half a million are here. Here in peace and in love.”

Dickie made a fist, lifted two fingers up out of the fist and said, “Peace and love.”

Around us hundreds copied him.

“Half a million people,” Dickie said again. “And not a single fight, nobody was injured at all during the three days. Just peace and love.” 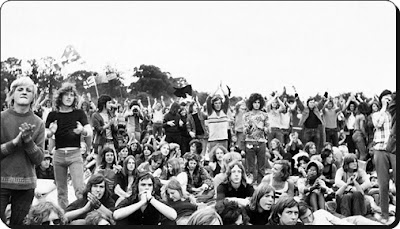 “For a teenager Pip you are very naive. That is week, pop, whacky-backy, cannabis !”

“Ah !” So that was the drugs bit. I could see the sex bit. All around me even though we were away from the stage I could hear the rock and roll.”

“Time to move on I am afraid,” Dickie said. “Time to bid farewell to Woodstock.”

“I was there last week,” Ruby explained, “in 2017, but now we are going to San Francisco fifty years earlier in The Summer Of Love.”

“You can hold on to your clothes, your beads and your hair. If you don’t you will look out of place.”

I liked having long hair even if it did keep blowing in my face. Others had theirs tied with a band. Ruby produces something and placed it round my forehead.

“Welcome to San Francisco, The City By The Bay. Welcome to The Summer Of Love. Welcome to the most famous bridge in the world.”

I wish I had paid a little more attention to Pappy Newman’s Geography lessons.

“To your right Pip is the Pacific Ocean. To your right is San Francisco Bay. Over there is the prison island of Alcatraz. Look to the shore, look up above the buildings to the hills. At the top is Golden Gate Park or sometimes called Hippie Park. That is where we are going ?”

“This is one of the biggest city parks in the world.”

There were people everywhere but not as tightly packed as they had been in the other place. Some of them wore clothes just like the ones we were wearing, others were naked. I started to no longer notice who was clothed and who was unclothed. It didn’t matter.

I have absolutely no idea at all where they came from but both Dickie and I had guitars, six string acoustic guitars. Dickie began to strum. I had not heard the song before but quickly picked it up and joined in.

I am not a clever person, you all know that, but back in Woodstock and here now in Golden Gate Park I thought I had a little hint about the song and what everything was about.

Stopped into a church - I passed along the way - Well, I got down on my knees - And I pretend to pray - You know the preacher like the cold - He knows I'm gonna stay - California dreamin' - On such a winter's day

It was gentle, it was not the fired up rock and roll I have become used to playing and singing but I loved it.

All the leaves are brown - And the sky is grey

Very soon people started to gather round us and listen to the music. One girl came towards me, she took a flower which she was wearing in her hair. She pushed the stem into the band around my own hair. She then went to sit back down again.

I had never heard the song before but I instantly knew every word.

Dickie and I played together. The girl got up again and this time added two more flowers to my hairband. I could smell them.

Ruth had some bells, small bells on a string. She started to dance slowly among the people. The music changed again.

Drop your silver in my tambourine - Help a poor man fill his pretty dream - Give me pennies, I'll take anything - Now listen while I play - My green tambourine

I did not learn the song, again I just knew it.

This was beautiful. Beautiful music and beautiful people.

As I explained before, I completely stopped noticing in our growing audience who was wearing clothes and who was not.

And then in an instant the music ceased. The people were gone. Our clothes had changed. We were hoke again.

“Dickie I need to go to school tomorrow, I can not bunk off again. I must go to school. I have an assignment to do for Mr Wild and I have to hand it in at his English class tomorrow.”

He thought for a moment. “Fair enough but Ruby and I need on Friday. Friday is very important. You go and do your English homework if you must but we have a very important journey to undertake on Friday.”

Homework !  Does nobody know that in Year Eleven we do not have homework, we have assignments !

So here I am again in my room writing my blog. I am trying to get my head round what happened today and am trying to get the music of today out of my head. I have completed my assignment for Mr Wild, I hope he will like it. Now I’ll check how many people have watched my three YouTube video’s during the day.

I DO NOT HAVE THREE YOUTUBE VIDEO’S ANY LONGER !  I HAVE FIVE !

Now seriously, how on earth did two more video’s get added. I watched them both then pinched myself hard as I tried to stop dreaming. I was NOT dreaming. I was singing California Dreaming !

And there was then fifth video also in San Francisco. There was that girl putting flowers in my hair. My hair ?  No it is back to normal, no flowers.

Both new video’s had only been on YouTube for a few hours but both had received more than one million hits !

Posted by The Sunshine Smile Crew at 08:26