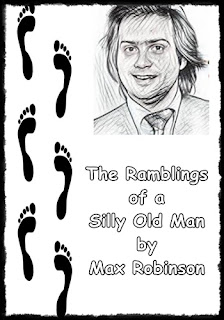 There is only one bigger failure in this world than Prime Minister Boris Cummings - Johnson and that's the nob heads at Cannon - Cannon as in printers ! In my book The Ramblings Of A Silly Old Man I dedicate an entire chapter to the hideous operations of a Cannon printer !  I am right now trying to print off this week's music quiz but Cannon is doing everything it possibly can to frustrate me. Tomorrow's radio show is Wake Up With The Classics, I will be playing the finale from The 1812 Overture complete with cannons which I plan fire right up the backside of my computer printer !

I left the radio studio this morning and headed straight to Morrissons for the weekly shop. The supermarket was rather quiet compared to normal. This stupid Cannon printer is using the ink I got along with bananas, cheese and loaves of bread.

On way home I switched the radio on and heard that schools will not now be opening until September. Is that right ?  Mr Cummings-Johnson have you changed your mind ?

If we ever get back to a normal where I can jump on an aircraft and nip to San Francisco the last airline I would ever use would be Ryan Air but yesterday I watched Michael O'Leary speaking on television about the fourteen day self isolation all travelers coming into the UK must follow. So you get off Crappy Jet, fill in a form saying where you will self-isolate. You then get onto a train, tube or 'bus spreading the virus if you have it all the way to where you will be self-isolating for fourteen months. DOH ! Is it mandatory to print off the form for self isolating using a Canon printer ?

Hey Boris Cummings, Hey Dominic Johnson are you shareholders in Cannon printers by any chance ?

Posted by The Sunshine Smile Crew at 04:12