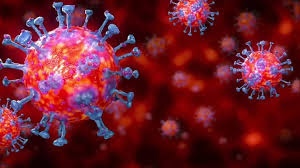 Is corona virus racist ?  Well is it ?

I was 9 years old when I first saw a black man. A new pupil joined our school, a new pupil who was black. When I told my mother she said that she hoped we white boys were not teasing him. No way !  He was a novelty, something special, we all wanted to be friends with him.

In the second year of senior school we had a PE and English teacher, an Indian man by the name of Mr Rashid. Honestly, he was the best teacher in the entire school.

Leaving school I became a management trainee in a large department store. Our department had a Pakistani lad the same age as me who was a porter. Nobody could pronounce his name so we all called him Mr Ram. He and I got on very well and were friends. This was frowned upon, not because he was black and I was white but simply because management should not fraternise with lower class porters.

Anticipating the radio station re-opening soon I have been working on playlists. Yesterday I was digging out tracks from 1960, I was nine years old at the time these records were released.  I could remember the music from my childhood but had not realised until I was pulling things up on YouTube who was black and who was white. Race did nd does not mean a thing, black or white the music is great.

I am an Englishman. I have always said that if I were not an Englishman I would like to be Barbadian.  Barbados is the most beautiful place I have ever visited. It is not the palm trees and the beaches that  make it beautiful, it is the people. Everywhere you go people stop you and say: Welcome to our beautiful island.  BUT it is not the white Barbadians who say that, only the black Barbadins say it. I would most definitely want to be a black Barbadian.

Within my ancestors we have many celebrated people: William Ashford the landscape painter, Thomas Ashford who won the Victoria Cross, Daisy Ashford the author, Mary Ashford whose murder changed the law of England.  I am proud of my ancestors.  I have another Ashford, I am racking my brains for his first name but I can not recall it. That must show I am not so proud of him and do not want to boast about him.  Anyway this Ashford was a colonial official on the British Empire island of Antigua in the Caribbean. When Britain abolished slavery in its empire this man had to free his slaves. He did not have many slaves, just a few house servants but he was still a slave owner. Now I can not remember is name.

America is in a hideous situation right now following excess force by a white policeman killing a black  man he was arresting. There has been outrage around the world.

So is Corona Virus racist ?  If it is it is also sexist and ageist. Yesterday 324 people died in Britain. Each one a human being with those who loved him/her. Love does not respect racial, age or sexual barriers.

There is only one race, the human race.  In the canine world dogs come in different colours, do you love your dog any less because he is black. NO that is not silly. Think about it.

Posted by The Sunshine Smile Crew at 23:26