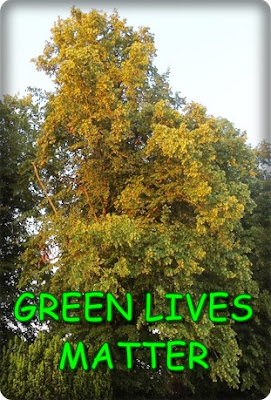 WEDNESDAY 24th JUNE 2020
Following Boris Johnson effectively saying yesterday that we are back to normal I wondered if I should bring this daily blog to an end. As you can see I have decided not to. Normality ?  This appeared in the news this morning !


Health leaders are calling for an urgent review to ensure Britain is properly prepared for the "real risk" of a second wave of coronavirus.
Ministers have been warned that urgent action is needed to prevent further loss of life and to protect the economy amid growing fears of a renewed outbreak in the winter.
The appeal is backed by the presidents of the Royal Colleges of Physicians, Surgeons, GPs and Nursing - as well as the chairman of the British Medical Association.
It follows the prime minister's announcement of a reduction in the two-metre social distancing rule, as he gave the green light for pubs, restaurants, hotels, hairdressers and barbers in England to reopen from 4 July.
In an open letter to the leaders of all the UK political parties published in the British Medical Journal, the health leaders call for a "rapid and forward-looking assessment" of the state of national preparedness in the event of a renewed flare-up.
"While the future shape of the pandemic in the UK is hard to predict, the available evidence indicates that local flare ups are increasingly likely and a second wave a real risk," they said.
"Many elements of the infrastructure needed to contain the virus are beginning to be put in place, but substantial challenges remain.
"The job now is not only to deal urgently with the wide-ranging impacts of the first phase of the pandemic, but to ensure that the country is adequately prepared to contain a second phase."
Sir David King, a former chief scientific adviser, told Sky News that easing of lockdown announced by the PM was "extraordinarily risky".
He also warned of the risk of a second wave of COVID-19, saying: "We know the winter is a likely period when the virus takes off again. We must therefore aim to get completely rid of the virus from this country before the winter.
"If we move too quickly, which is what I think is being proposed here, the risk of running into a second wave becomes very significant."
Sir David said England still lacked an effective test and trace system, which means it is "travelling in the dark" as lockdown is eased further.
I have decided I will continue writing until 5th July. Writing with my fingers crossed.
Driving to the radio studio this morning there was the most beautiful sunrise. I wanted to pull over, get out my camera and take loads of photographs. PROBLEM, the sunrise was obscured from the camera's point of view by the trees. Trees, the most beautiful and valuable life form on the planet.
Black Lives Matter ?  Do they ?  White Lives Matter ?  Do they ? All lives matter but I suggest GREEN LIVES matter more than all the rest put together. If we did not have green lives then no other form of human or animal life could exist.
During lock down carbon foot prints dramatically fell.  Earth Overshoot Day 2020 is calculated to be 22nd August. That is the day when we have used up all of the resources generated during the year, every day after we are destroying the planet. Earth Over Shoot Day 2019 was 29th July.
With lock down Green Lives were respected. Now with McDonald's and the like murdering animals and littering here, there and everywhere normality is back. Shopping centres opening with their hideous carbon foot prints normality is back. Roads are again packed with cars destroying the planet. Normality is back.
Green Lives Matter. I do so hope that we do not see a second spike in the virus but I am not optimistic. The government has so clearly shown that Black, White and Green Lives do not matter.  Business and money matter.
Posted by The Sunshine Smile Crew at 02:15