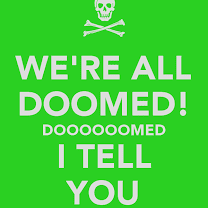 
I took Jake for his early morning walk but today instead of the silence there was the dull rumble of traffic in the background. Individual cars now paying the government's rip off fuel duty and doing their bit to raise the level of global warming.  Changes to driving laws has NOTHING to do with making life easier, it is all money driven.

Why do we need McDonald's, KFC = Kill Frightened Chickens and Costa ? WE DON'T so why are they being allowed to open ? MONEY,  More cars on  the road, more money, more global warming.

Boris is still in hiding ?  Is he eating McDonald's and drinking Costa with Lord Lucan ?  The one thing he is NOT doing is leading and inspiring our country.

I have been watching the daily Downing Street briefings to see if Boris makes an appearance. He does not of course. Those who deliver the briefing read from a script saying the same thing over and over again every week. What's the point ?

Bringing the failure to a more local level, where is The Mayor of Milton Keynes ?  Eating a burger and fries with Boris and Lord Lucan.

While this failure is going on the real heroes of our nation are going the extra mile every day. Our NHS, The Bin Men, The Posties, The Supermarket Workers. Could Boris give a damn about them ?  If he does then why isn't he every day singing their praises as he leads the country ?

Politicians are a waste of space, they are lower life forms. Thank goodness we have our Super Heroes to inspire the nation. Boris Johnson certainly does not have a clue how do that !
Posted by The Sunshine Smile Crew at 00:08