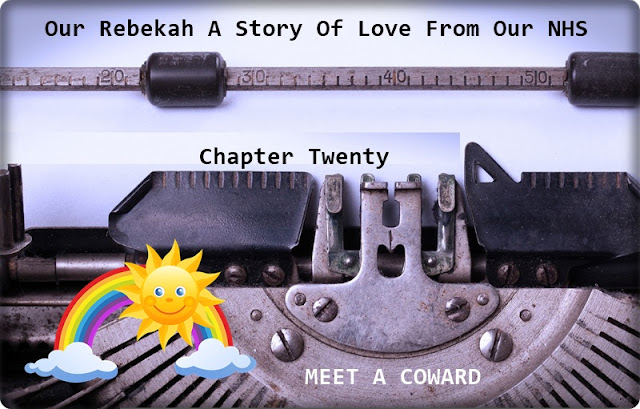 Allow me to step aside from the main text in this biography for a moment. I want to introduce you to a sad, pathetic coward. ME !

Serving during the Second Afghan Campaign Thomas raced out under enemy fire without thought for his own safety to rescue a wounded friend. He was awarded The Victoria Cross for Bravery. The citation reads: For conspicuous gallantry on the occasion of the sortie from Kandahar, on the 16th August, 1880, against the village of Deh Khoja, in having rescued and carried for a distance of over 200 yards, under the fire of the enemy, a wounded soldier, Private Massey, of the Royal Fusiliers, who had taken shelter in a blockhouse. Several times they were compelled to rest, but they persevered in bringing him to a place of safety. 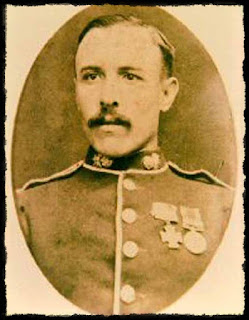 I am a blood donor. As I type up these words I am approaching my 27th donation. When I made my 25th donation the donor service made a lot of fuss and congratulated me.

Here's another picture. This is of me. 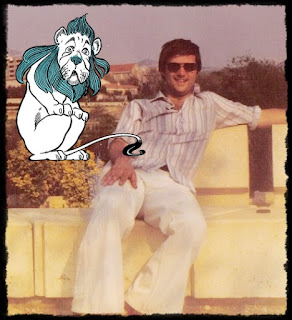 I don't look like that any more but today I am a lot older and not now a coward. However, Thomas Ashford's bravery and Victoria Cross were part of his life - all of his life. My cowardice from younger days is part of my life and can never leave me.

As a young man at Teacher Training College the matron, Mrs Meek, received an award for donating fifty pints of blood. She invited we students to become blood donors.
NO WAY !  No was was I having somebody stick a needle in me and take out one eighth of my blood.  Needle !  It terrified me. I didn't care if it did save lives nobody was going to stick a needle in me !
As I am explaining in this biography my darling daughter Rebekah was born with renal failure, she spent most of her childhood in and out of hospital. She received so many operations, every operation receiving a blood transfusion.    Did her father become a blood donor ? Did I heck ! I was far too much of a coward, nobody was going to stick a needle in me !
Would I have rushed out under enemy fire to save a friend as had Thomas Ashford ?  I would like to think I would. Then why did I not have the courage to donate blood ?
Donating blood saves lives. You do not get awarded The Victoria Cross for donating blood but thank goodness there were those who donated blood for my daughter to receive transfusions.
So finally after many years I found the courage to donate my first pint of blood.  I was so scared as I waited for my turn, scared about the needle going into my arm.
Friday 20th September 2019 I received my award for donating 25 pints of blood.  I am pleased I have donated 25 pints but not proud of winning the award. Had I been brave enough when Matron Meek suggested in April 1973 Friday 20th September 2019 would be my 139th pint.

I am determined to live long enough to match Matron Meek and achieve 50 pints donation, as I write I am approaching my 27th donation. December 2027 I will have donated 50 pints I will not long have celebrated my 77th birthday by then.

How old would I have to be in order to reach 100 pints donation ? You can donate three time a year so I need to live another 25 years. That would make me 94 years of age.
Can I do that ?  You know I am going to give it my best shot.  If I can live long enough to donate 100 pints of blood I could die no longer a coward.