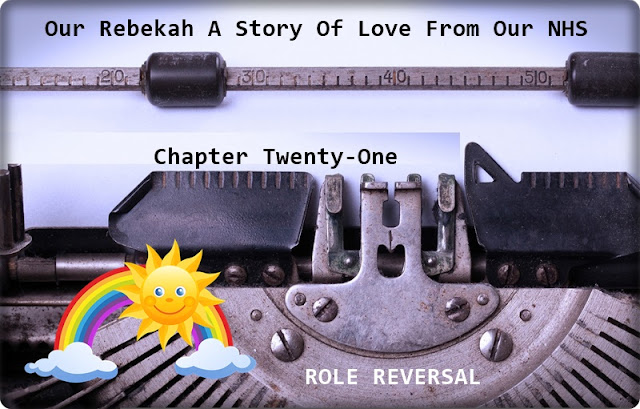 I have never been much good at DIY, these days I avoid it in every possible way I can but I used to dabble. I had dabbled putting up a DIY shed-like extension at the side of our home. Goodness knows why I built it, there was a second kitchen immediately adjacent to the main kitchen but much bigger and there was a store room with a giant chest freezer. We decided, after s few years, to take this down and employ a builder to do a proper job adding a laundry room and toilet/shower room to the home.

Great. To keep the costs down I volunteered to take down my DIY effort giving the builder a clear site to work on. Demolition can be far more fun that construction. It can be for me !

So there I was up a ladder with a power saw cutting down the roof structure I was holding on to the ladder with my left hand and reaching with the saw to my right to cut through a thick piece of wood. The saw cut more furiously than I anticipated, the wood was sliced through and I lost my balance. Instinct was stupid ! It had me grip the saw tighter rather than let go and allow it to fall to the floor. As I started to fall it cut through the aluminium ladder and I crashed to the floor where I finally let go of the saw.

On the floor I lost my breath, there was pain but it was amplified as I tried to breath. I felt that if I could sit up in a chair and regain my breath I would be OK. Maureen dialled 999 and within a very few minutes two paramedics were by my side. I apologised for wasting their time and asked the two ladies to help me sit up, if I could just catch my breath I would be fine. But I was not fine and sitting up was impossible.

“We need to take you to hospital.”

I knew she was right but the two female could not manage to lift me on to the stretcher, I was too heavy ! A second ambulance was called for, one staffed by two male paramedics !

I was in pain, terrible pain. Every movement of the stretcher increased the pain. At Milton Keynes Hospital I was taken into A & E where I was given immediate attention. A heavy dose of pain killer eased the situation and an x-ray said I had broken two ribs while cracking a third. I was going into hospital. I was not a young man but this was to be only my second time in hospital, the earlier had been when I was born.

“We are going to put you on an observation ward for a time,” the doctor explained. “I will find a porter.”

There was no porter. “I will take you,” the doctor said, “I am no expert so forgive my driving.”

This young junior doctor was not treating the silly old man who had fallen off a ladder and broken his ribs, he was caring for me.

The pain was excruciating, being lifted onto the bed raised everything to a new level. Laying flat on my back was the most comfortable position. My various vital signs were monitored and I was given oxygen. Two little thingies on the end of a tube were poked up my nose. I was offered something to eat but hungry I was not.

Maureen came to visit, she brought me some bed clothes and a dressing gown but I could not face the pain of movement. Staff offered me something to eat which I politely declined. A walking frame was placed by the side of my bed, I may have been old but I was not that old ! Even if I could have reverted to being an athletic teenager I had no intention of leaving my bed. A few hours later I needed to leave my bed, I urgently needed to leave my bed. I needed the loo.

Trying to use the in bed bottle thing was not going to happen, I had to hobble to the toilet on the other side of the ward. With or without a walking frame I could not manage on my own. I was going to need assistance with the actual process once I was inside. Embarrassing !

I had a choice. Embarrassment or wetting the bed. There was a male nurse who I called to my bed and explained my predicament. The moment he started to speak I was put at ease, Not an Englishman, he came from an area in the former Yugoslavia where I had visited as a young lad. He cracked a few jokes, helped me to do what had to be done and soon I was back in bed.

People complain about immigration, back then we were part of The European Union, if there were more people like this man looking to move to England to work in our NHS I say bring them in.

When I was told I was going to be moved from this initial ward to a more permanent location I tried to protest, I did not want to lose my carer. When I was moved the ward had an incredible team waiting to care for me. Doctors, nurses, the lovely lady who every day came by to clean and chat. If being in pain and in hospital can be a good experience I was enjoying myself.

I keep saying pain but it really was hell, high doses of pain killer was not working. Truth was I was being a wimp ! If I were a doctor or a nurse I would have given me one hell of a telling off ! I did not want to eat. There was one nurse in particular who spent time with me, time caring for me. She was from Poland, her husband also from Poland was a truck driver. They had a little girl who attended the same day nursery as my grandson Adam had before he started school. We talked, what a kind caring lady she was. If Poland has more nurses like her please bring them all here to work in our NHS.

Then came the day when I did fancy eating a meal. I ate everything. I did not see her coming. The ward sister approached from behind, threw her arms round me and gave me a big hug saying well done ! You may think that was unprofessional, it was not. It was an example of our National Health Service not treating a patient – me, it was the NHS caring for a patient.

Time now to think about going home, being discharged from hospital. But the food was so good I was happy to stay in Milton Keynes finest hotel ! No, seriously I wanted to go home but something was wrong. Tests showed my creatinine level was too high. I knew exactly what that meant, my kidney function was below what it should be. I did not have kidney failure, the issue with my kidney function was my not eating and drinking enough. I knew how to put it right and put it right I did. I was soon back at home.

Before I left University Amazing Fantastic Loving Hospital Milton Keynes I asked if I could speak with the matron in charge of the area in the hospital where I had been cared for. What's the matter ? Nothing was the matter I wanted to say what a wonderful experience my stay in hospital had been and to thank all who had cared for me. When I got home I wrote to Professor Joe Harrison, CEO of University Amazing Fantastic Loving Hospital Milton Keynes to thank everyone. In particular I spoke about the man who had taken away embarrassment and helped me go to the toilet and I spoke about the caring Polish nurse who had befriended me.

Home and I was well but still in pain. That first night I lay on my back in bed but it was like laying on a bed of sharp knives. The only way I could be comfortable was to sit in a chair propped tightly all round my body with pillows. And so it was for a number of days.

Problem. My feet were swelling, it was difficult to put a pair of shoes on. I contacted my GP's surgery and went in as an urgent case to see a doctor. He was a newly qualified doctor training to be a GP. He thoroughly examined me, twice called in another doctor for a second opinion. I was with him for far longer than a normal doctor appointment. I commented and said I felt guilty about those whose appointments had been put back while he was with me. I am looking after you, he said, others will look after patients waiting. I am not letting you go until we have this sorted.

It was sorted. Twenty-four hours later the swelling was down, the pain was diminishing and I slept in my own bed.

That was me. Back now to Rebekah's story.

Posted by The Sunshine Smile Crew at 07:10