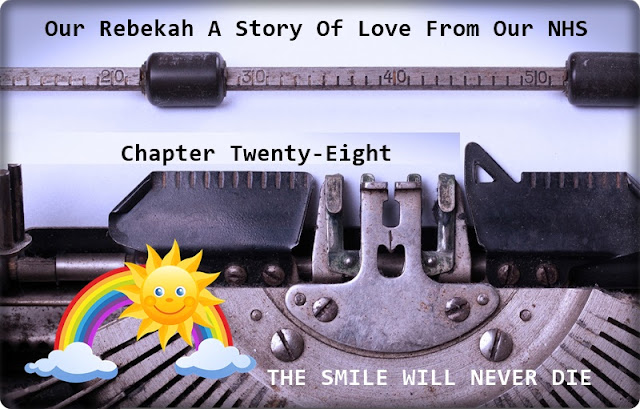 There is something you must always remember. you are braver than you believe, stronger than you seem, and smarter than you think. This is from Winne the Pooh every time here this I always smile and think of Becky she was so amazing – Elaine

If you look up into the sky somewhere in the cosmos is a a star named after Rebekah. One of her friends paid for the star to take her name. 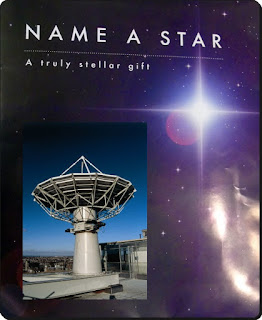 The very first teaching job I had was as an unqualified member of staff at Chetwynd House Preparatory School for Boys in Sutton Coldfield. This was an independent school privately owned by Bill Coldrick. I was in charge of games and PE but when Headmaster Coldrick found of my love for music that too was put in my control. The idea was to spend one year there before going to teacher training college but I loved my job so much I remained there for two years.

When I was head of year at Leon School Headmaster Coldrick wanted to retire, the plan was for me to return and take over the headship. However, Rebekah was too ill at the time for me to take on the duties. Unable to find a new head Bill Coldrick closed the school and sold the site to developers. He gave all of the money to Bristol University to fund a radio telescope. I have visited the astro physics department and the telescope. I talked about Star Rebekah and invited the radio telescope to reach far out into the sky to pick out the smile.

Within days of her death Beck's friends set up OurRebekah to honour a wish in Beck's will to support Ronald McDonald House Charities.  Beck's Smile certainly brought some fun here !

If you read the book I wrote for Rebekah, The Wild Adventures of Di Central Eating, you will learn in the final chapter of the book how terrified I was of frogs. This was a childhood phobia which Beck's Smile conquered with David's Frog Challenge.

In September 2017 I was sponsored in aid of Ronald McDonald House Charities to conquer my phobia. The plan was for me to hold a frog in the palm of my hands for five seconds. A wonderful man who managed an amazing pet shop, Wriggles Exotic Pets, took on organising the event. He decided that holding the frog for just five seconds was not enough, five seconds yes but 6 times during the day, each for five seconds. OK I would do my best but then Roland, better known as Ro, produced the biggest frog anyone had ever seen. 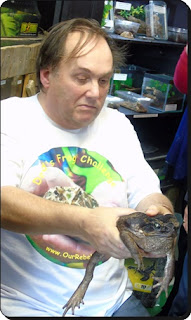 I did it and I am not in the least bit scared of frogs any more. 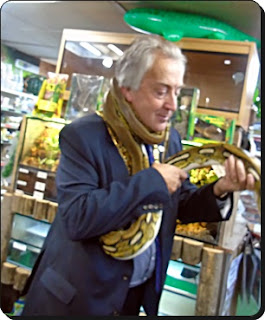 With a python wrapped round the mayor's civic chain this became the most viewed image ever from Milton Keynes on Goggle. To this day it still holds the record.

Beck's friends organised for a team to take part in The Big Fun Run. I was part of the team. I had not run anywhere for more time than there are digits on this laptop to type.

It was a great event, lots of fun and I know Rebekah was Smiling as she saw me running.

Not running but walking, a sponsored walk across The Golden Gate Bridge in San Francisco. 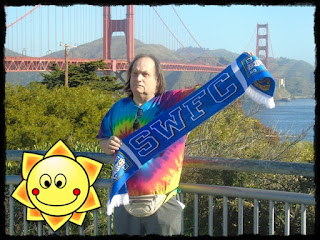 With my long hair I posed on Hippie Mount in Golden Gate Park before returning home and on the first anniversary of Beck's death I took park in a sponsored haircut. 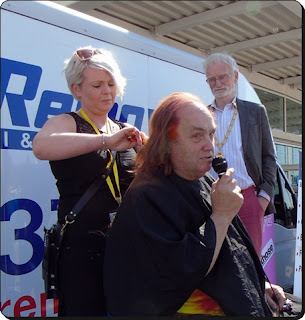 Oh what fun we had. Twice we held a disco for shoppers in the entrance to Asda, the biggest supermarket in Milton Keynes.

We held a teddy bear tombola at Ronald McDonald House in Birmingham.

Christmas 2017, Christmas 2018 and Christmas 2019 we collected hundreds of toys for Secret Santa taking gifts to families with children sick in hospital.

We sponsored the goals scored by Sheffield Wednesday, Beck's team.

Then it was time for another sponsored haircut on the second anniversary of Beck's death. 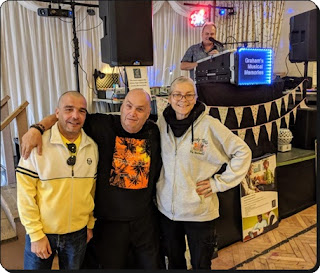 We produced a Smile Card. 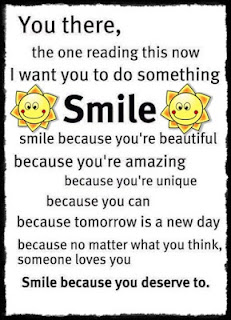 This book Our Rebekah celebrates the third year of her death, three years of Smiles with many more Smiles to come.

That OK with you Beck ?

Posted by The Sunshine Smile Crew at 23:28