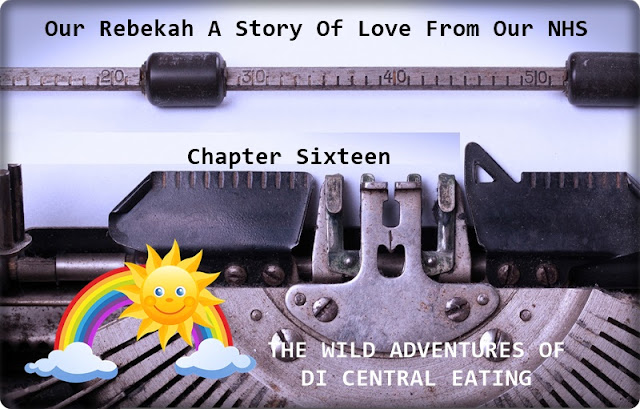 I was making money writing my weekly page in our local newspaper. I wrote a couple of articles for magazines and was invited by Womans Own to write something about being the parent of a seriously ill child. The fee was generous but I had to follow a strict plan, a specific number of words to a sentence and a specific number of sentences to a paragraph. If I accepted the commission freedom of style was not an option, I turned down the commission. I had been writing stories since I was a teenager. In my English classes at Leon School I would write stories for my classes, read them and encourage students to write themselves. Could I write a book, find a publisher and make some money ?

I came up with an idea for a story Peter's Magic Fountain Pen and dedicated it to my son Peter for his 12th birthday. While Beck lay in her bed in Dickens Ward I trawled through the manuscript, checking and redrafting the text ahead of publication. Writing was fun, editing was and still is a chore. When this book Our Rebekah is published it will be number eighteen on my Amazon Library Shelf. Back then there was no such thing as Amazon, an author had to trawl his work round traditional publishing houses. Rejection letter after rejection letter until someone is found who is willing to take gamble. Peter's Magic Fountain Pen was published.

Out of print for years when I became an Amazon Author Peter's Magic Fountain Pen reappeared. It is now available in e-book form at:
https://www.amazon.co.uk/dp/B06XFX4X3S

From the thrill of writing Peter's Magic Fountain Pen I dashed off a short story The Wild Adventure Of Di Central Eating. I then turned adventure single into adventures plural with new chapters:
I dedicated the story to Rebekah. Here is the original typed document. 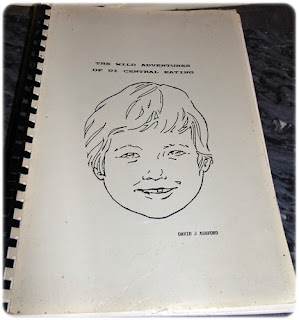 The first page says: Rebekah this is for you

Within all of my writing I consider The Wild Adventures Of Di Central Eating to be my second best work. I never did get my act together and publish the book in traditional form. Shortly before Rebekah left us on 9th March 2017 it was published as an e-book on Amazon. It is available here: https://www.amazon.co.uk/dp/B06XHR9BV4

Once it was published I gave Beck a copy to read on her phone while she was in her hospital bed. She was not impressed ! I'll let you read the first chapter in a moment and let you decide what you think of my story.

I wrote the book for Rebekah who was ten years old but while it can be read by a child it really is an adults view of a child's life. Fiction throughout every adventure is based on something from my own childhood.

Since Rebekah's book was published on Amazon I have had an ambition for it. Roald Dahl is a highly successful author but I maintain his success could never have been achieved had it not been for Quentin Blake who illustrated his writing. I have dreamed that I could find my own Quentin Blake, I have tried and failed many times. So minus illustrations here is the first chapter of The Wild Adventures of Di Central Eating written for Rebekah in 1992.

Posted by The Sunshine Smile Crew at 04:47