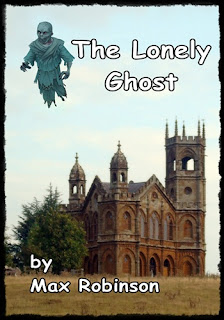 Nine hundred and fifty-one words and I have finished writing the introduction to my new book THE LONELY GHOST.

I have not written a book for children since the mid 1990's. Getting back into the genre is not proving easy but as I progress with the story I think I will get into it OK. 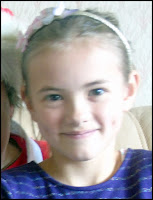 The first book I ever published was for my son Peter's 12th birthday. I am now writing this book for his two daughters, my granddaughters.  Katherine here on the right and her sister Frances who can be seen below.

That book I wrote for Peter, Peter's magic Fountain Pen, is a time travel story. The Lonely Ghost will also be a story where the two main characters, Katherine and Frances, will have adventures in time. 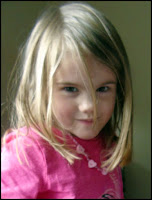 Here's Frances.  I do love these two so much. 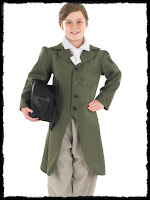 Daniel is the Lonely Ghost. I grabbed this picture from the internet to help me build his character in my mind.

So this is what I have written in those first  951 words.

“Is it ever going to stop raining ? “ Katherine said, “I want to get outside and play.”

“You are and you have been reading Paddington Bear, he talks about the weather, cats and dogs. Lovely weather for ducks !”

It had not been a good start to the summer holidays. The sisters liked school but they liked even better not having to go to school. Why couldn't it rain on school days and save the sunshine for the holidays ?

Nine year old Katherine was playing hairdressers grooming every doll and teddy bear in the home. Seven year old Frances was lining up a heard of plastic sheep. “The animals went in two by two,” she started to sing.

“There were only two sheep on Noah's Ark, your got at least twenty there.”

“I don't remember being taught at school that Captain Noah had teddy bears and Barbie Dolls on his floating zoo.”

The girls were bored. Daniel was not bored, he was lonely. Katherine and Frances had been bored for four days, Daniel had been lonely for four hundred years.

Girls, the weather forecast for tomorrow says it will not be raining. If it's right we are all going out for the day. Frances flock of sheep and Katherine's teddy bears gave a cheer. A cheer of delight, the teddies were fed up with having their hair combed and everyone knows sheep do not mark in a like like tin soldiers !

The weather forecast was right, absolutely right. It did not rain.

“Look at that up on the hill,” Katherine said. “Isn't it strange don't you think ?”

“It's not strange, it's spooky,”her younger sister replied. “Come on Dad let's go up there and have a look.”

With an end to the summer rain, perhaps a temporary end the family was spening the day at the National Trust's gardens in Stowe.

“Nobody lives here Frances,” Dad explained. “This whole park used to be the home of The Duke of Buckingham.”

“He lived there then, in the Spooky House ?”

“No. The Duke lived in the big house on the other side of the park.”
“If I was The Duke I would live here in the Spooky House, I bet that would have been fun. Wooooo.”

“It's just a folly, It's called The Gothic Folly,” Dad explained.

“Katherine” said, trying to show off her knowledge. “Folly means silly doesn't it ?”

“So it's silly and spooky,” her younger sister giggles. “I like things that are silly.”

The Gothic Folly was certainly not silly but it was spooky. The gardens at Stowe were enormous, the sisters could spend a month exploring and not see everything. It must have been fantastic to have been the Duke of Buckingham and to have lived in such a place. There were not many people who had climbed up the hill to the folly but among those where there were sheep, lots and lots and lots of sheep grazing on the grass in the adjacent field. There were many more sheep than the number of plastic farm animals Frances had been playing with at home. Standing looking at the sheep was a young boy, a little bit older than Katherine perhaps he was dressed in rather strange clothes. As they were leaving the folly he turned and smiled at the sisters.

“That is a big house,” Katherine said. “Is it called Buckingham House ?”

“No,” Dad explained. “This is Stowe House where The Duke lived when he was here in the country. Buckingham was in London, he stayed there when he was in town. Buckingham House is now Buckingham Palace.”

“The queen lives there,” Frances smiled as she showed off her general knowledge.

They had not seen him as they walked from the folly to the big house but as they looked at the enormous home of The Duke of Buckingham he was there again,when the girls noticed him he smiled.

Leaving the house they walked through an area of woodland. Katherine tried to name the different kinds of trees by looking at the leaves. Frances was more interested ib seeking how many squirrels she could count as they walked along.

Near to the entrance to the park there is a cafe, the girls pestered their parents for something to eat. “I want some ice cream,” Frances, “ chocolate ice cream.”

“Apple pie and custard for me,” Katherine chose.”

She did not say it but thought her sister's choice was boring.

There he was again, the boy with the strange clothes ! Was he following them ? What was that strange hat ? He had taken it off and put it on the table where he was sitting. Neither of the girls had ever seen anyone wear a hat like that before. What ion earth was he drinking ? Neither of them thought they could ever swallow such a strange thing.

“We are going to walk round the lake before we go home.”

It is a big lake and both girls were tired when they got into the car to head home. They did not see the boy again while they walked round the lake. They could see that folly, the spooky folly up on the hill. It had made a firm impression in their minds.

SQUIRREL WOOD:
Both Katherine and Frances slept well that night. When they awoke in the morning it was raining again.

Posted by The Sunshine Smile Crew at 07:03