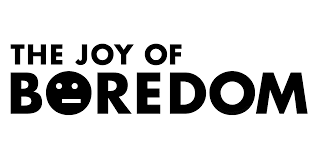 Don't know about dying from corona virus I have been wondering if I may kick the bucket from terminal boredom.  Yesterday I decided to keep a log of what I was doing and when.

6am:  Woke up. Went downstairs to check the laptop - no book sales SOD IT !   Checked Facebook - something kind there from Paul Foster which made me smile. Made a cup of tea and took it upstairs to Maureen who is still in bed. Had a bath. Took Jake for his morning walk then did the washing up from last night.

7am: Had breakfast of toasted crumpet x 2 and a bowl of cereal. Watched the TV news. Posted some nice positive things on Facebook. Typed up the bits of writing I did last night for my new book The Lonely Ghost.

8am: Washed some clothes, the washing machine is bust so had to this by hand. Wrote a letter. Did some work on my new website.

9am: Emptied the rubbish sacks and put things ready for the bin men on Thursday. Continued working on the website.

11am: Decided to do some cooking. Made cakes and cheese biscuits. Taste nice.  Jelena called. had a nice chat.

12noon:  Wrote Jelena a letter sending her some stuff from the writing project Down And Out in Milton Dreams asking her to check it.  Took something I posted to YouTube three years ago - Jake Goes To McDonald's and popped it onto facebook to hopefully make people smile.  Fixed the bird table I made yesterday, stopped it from being wobbly and swaying when a sparrow lands on it !

1pm: Sitting in the garden in the sunshine. Eating ice cream and writing some more for my story The Lonely Ghost.

2pm: The sun has gone in so I am back inside. Working again on the website.

3pm: Feeling tired so going to have a nap.

4pm: Woke up, watching TV, waiting for the daily briefing from Downing Street. Isn't it exciting when the highlight of your day is to need the loo !  OMG - news is saying animals could be infected with corona virus !

5pm: Watching the news briefing.  Just had an e-mail of support from the police inspector I am working with in my role as Chairman of West Bletchley Police Community Forum and another from an officer at Milton Keynes Council. How lovely.  Back to the news briefing from Downing Street - great positive leadership from the government I just wish the bonehead journalists would shut up !

6pm: Tea time, Maureen has made a vegetable curry.

Spent the rest of the day watching rubbish on TV.

Now here's something to end the day - something for you have a bit of fun with.

Write your answers and tomorrow I will send you mine !

Write down FIVE words which you think other people would recognise in you:

What is your favourite colour ?

What is your favourite flavour of ice cream ?

What is your dream car ?

When you were a kid what was your favourite TV programme ?

What is your favourite place to go on holiday ?

If you could have any job at all and have the qualifications to do it what would you do ?

What is the craziest thing you have ever done ?

If you could be a character in any film what character would that be and in what film ?

If you were a footballer which could would you like to play for ?

What is your favourite meal at McDonald's ?

What do you consider to be your lucky number ?

Who is your favourite cartoon character ?

If you won the lottery what would be the first thing you would buy for yourself ?

If you won the lottery what would be the first thing you would buy for someone else ?
On a scale of 1 to 5 when 1 is low and 5 is high how much do you trust the following:

In this present situation the government

In this present situation the opposition party

Your next door neighbour

A train driver
Posted by The Sunshine Smile Crew at 21:33