I love all lame ducks 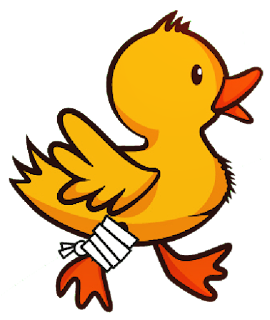 If you read my book THE RAMBLINGS OF A SILLY OLD MAN you will find a theme throughout where I explain why I despise politicians.

The conservative party fails to comprehend the fact that there are REAL people at the end of their policies. The labour party fully understands what a real person is but thinks they exist simply to play politics with, they have no interest in them.

Liberal democrats ?  How can you have a political party with the word democrat in its name but does not believe in democracy ?  If I had my way anyone who calls themselves a liberal democrat would be locked up in the Tower of London.

Lame Ducks are the kind of people I tend to focus on, I have for all of my life. People who through bad luck, misfortune, being in the wrong place at the wrong time, people whose own stupidity has put them where they are. I have always tried to help these ducks mend their broken legs. People who know me and have known me for a long time will know that is the way I have always been.

To some a lame duck is a lost cause, common sense says you do not invest in a lost cause. YES YOU DO !  Indeed some lost causes will always be lost but that does not mean you do not try to help them. When a lost cause turns into a success the joy and celebration knows no bounds.

The only lost cause I will never invest in is politics. At this moment in time, as we are locked down fighting this pandemic to a large extent politics has been set aside. For years I have poked fun at Nicola Sturgeon. I have called her the Wicket Witch Of The North and a lot worse but right now she has my admiration. She has set aside Scottish independence, she has set aside Brexit to focus all her efforts on loving and caring for the people of Scotland. The UK government is doing the same. Sadly we are now starting to see sad politicians pecking around the edges. Journalists are putting negativity into reports instead of supporting efforts. They are trying to score political points.  Yesterday there was on TV a senior member of the NHS speaking about all that has been achieved.  Attacking him was a presenter from the Bullshit Broadcasting Corporation constantly trying to inject negativity.

Right now I am a lame duck, you are a lame duck. can I put on record that we do not need sad pathetic journalists and politicians trying to break our other legs !  We are not fighting a lost cause, support and celebrate what is being done and destroy the negativity.
Posted by The Sunshine Smile Crew at 00:02