I have had enough ! 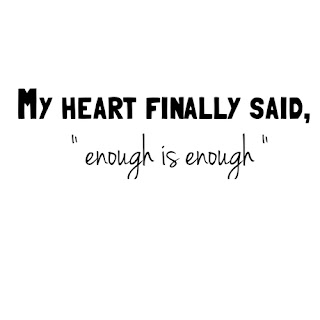 I normally write my page first thing in the morning, today it is lunch time. I have decided to vanish for the day. All of social media is turned off on my laptop and my e-mail is firing out auto messages saying I am not here.  I have had enough !


Today I am taking time to think about my future. I may come back tomorrow or I may just vanish from the face of the earth.  Depends just how much I have had enough !

I spent yesterday sitting in my garden calmly watching the birds, writing and enjoying the sunshine.  I don't think I achieved anything but it was a nice day.

At five o'clock I watched The Bullshit Broadcasting Corporation bring the nation the daily Downing Street briefing. What a powerful, positive message that was. Then that cow, and I used the word deliberately, that COW Laura Kuenssberg waded in with her ignorant negativity.  That COW is paid something like £240,000 from the misuse of the licence fee you and I are forced at metaphorical gunpoint to keep The Bullshit Broadcasting Corporation in business.

In January when we launched the project to send SMILE cards to families with a child sick in hospital I sent a batch to The Bullshit Broadcasting Corporation's supposedly "local" radio station BBC Three Counties asking presenters to sign their love.  Realising The Bullshit Broadcasting Corporation has to devote an excess of effort to keep Cow Kuensserg in work and does not have a penny to spare I sent a stamped addressed envelope. NOTHING came back.  I wonder if somebody NICKED the stamp or perhaps it was trashed along with all the cards of love.

NO, The Bullshit Broadcasting Corporation did not stop there !  I sent cards to The Victoria Debyshire Show. She gets paid £215,000 a year !  Same thing ZERO LOVE, no reply and presumably the stamp nicked !

DO NOT EVER UNDER ANY CIRCUMSTANCES BUY A DOMINO PIZZA !  I sent cars to this rubbish company's head office. NO REPLY.  I filed an official complaint but did not even receive the basic courtesy of a reply.  I do hope the rubbish pizza company goes bust asap.

Exactly the same with SANTANDER BANK. Ignorance and lack of love.  Well banks exist to rep customers off don't they and obviously after thrashing the cards of love I was ripped off for my stamp.  Same also with NETWORK RAIL. Thank god I never travel on the train.

I asked The Mayor of Milton Keynes to sign some cards of love. HE FAILED.  Three times I contacted his office but our civic leader was too busy playing to the gallery with his own self-importance to show any love.  I wrote to the Mayor of Newport Pagnell and he behaved in the same unloving way. Only thing there is he was reminded just once.

We have lived in a society where FAILURE IS THE NORM. Is it any wonder when people like this exist in the positions they hold.

Did you read the blog page where I reported on the beautiful cards of love signed by a homeless rough-sleeper.  Who is the better person ?  It aint either of the mayors, it aint one of these multi-million pound companies, it aint The Bullshit Broadcasting Corporation.

But what is upsetting me far more than these failures is the fact that I have been banging on and on and on within the facebook group from which these cards of love are coming. 91 members in that facebook group but THREE people only have signed cards. Every day for weeks I have been asking. Today I give up !

Maybe I will be back tomorrow. Perhaps I won't.  Perhaps it is time to give up.

Posted by The Sunshine Smile Crew at 04:11