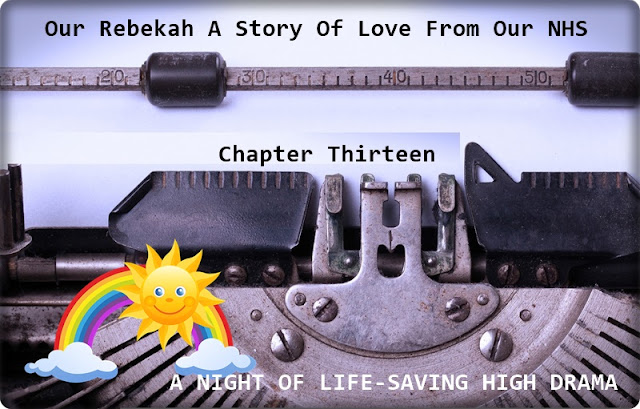 A NIGHT OF LIFE-SAVING HIGH DRAMA
It was a filthy night !  The wind was battering the side of our house and rain hitting the ground so hard it was bouncing up again for several inches. I hate winter afternoons when it becomes prematurely dark, on this day it felt as if it had been dark since lunch time.

So begins a chapter in my book NOT THE CONCRETE COWS, what I am about to relate took place in December. 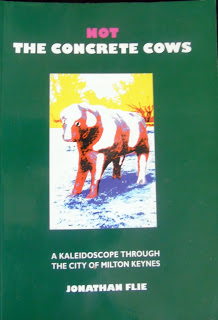 I had gone out in the car to meet my son's school; 'bus and save him the drenching walking home would have given.

As I pulled up in front of my home my wife was standing there waiting to meet me. Valley Medical has just 'phoned, can you go with a driver to Heathrow Airport ?  there's a baby being flown in from Ireland for a kidney transplant in London.

A quick snatch for my camera, notebook and some money before I was standing in the driveway waiting for the car.  I heard the sirens well before it pulled up, its blue flashing lights illuminating the entire street. A night of high drama was about to unfold.

London Heathrow is not the most accessible place on earth and hardly user friendly. On a stormy night with extensive roadworks on the M1 it was going to be difficult. It was the time when the extra lane was being added to the section between Luton and the A5 junction with contractors thinking it would be fun to close down most of the access points onto the motorway.

The kidney is an organ that will tolerate being out of the body for quite some time but the shorter the period between donor and recipient the better.

The identity of the donor is kept strictly confidential so this particular organ could have come from anywhere in the country, indeed Northern Europe. There was no way we could know the time scale involved but we did know that Valley Medical had been charged with getting the patient from the airport to the hospital as quickly as possible.

With the frustration of the motorway roadworks we decided to opt for the A5. My job was to sit in the passenger seat and work the siren leaving the driver to concentrate fully on the road. I have to confess to a certain thrill and sense of power as the flick of a switch screamed the cars ahead of us out of the way. But it was a terrific responsibility, not only was it important we get through as quickly as possible but safety had to be preserved not only foe ourselves but also for every other road user.

The charity's office had faxed all police forces along our route to advise them of our movements. On the M25 officers in a police Range Rover waved and gave us the thumbs up as we passed.

The weather was steadily worsening with gales battering the car. A severe weather warning was in force and we could help thinking about or infant charge high over the Irish Sea. What kind of flight was he having ?

At Terminal One the police were waiting for us and directed the car to a reserved parking place right outside the Aer Lingus gate. It was the first time I have never had any difficulty parking at Heathrow !

Inside Aer Lingus staff we trying hard to cope with the worst night for flying all year. Many aircraft had been unable to take off from the smaller Irish airfields and out Dublin flight had been delayed. There was nothing we could do but wait.

The airline staff were brilliant. The patient was highlighted on the passenger computer and a special escort detailed to meet him and his mother once the plane was on the ground. Heathrow's police then liaised with customs and immigration to ensure no delay but first the aircraft had to land.

I am afraid I may have made something of a nuisance of myself as I pestered Aer Lingus staff for updates on the aircraft's progress.

"It's just twenty minutes away Sir."

"It's holding in the stack, shouldn't be too long now."

Then, just as we were about to suggest w ask air traffic control if they could run up a ladder and bring everybody down came the news we wanted. "They're on final approach now."

"The aircraft's on the ground now. Shouldn't be much longer."

Eventually young Jamie and his Mum excitedly emerged. Into the car and we were off towards London on the M4.

It was two weeks before Christmas and the lights of Harrod's shone more brightly than those on the car. We covered the distance from the airport to Guys Hospital in just half an hour delivering young Jamie in time for his transplant operation. Another successful mission or Milton Keynes based Valley Medical Transport.

Valley Medical Transplant was soon to play an important role in Rebekah's life.