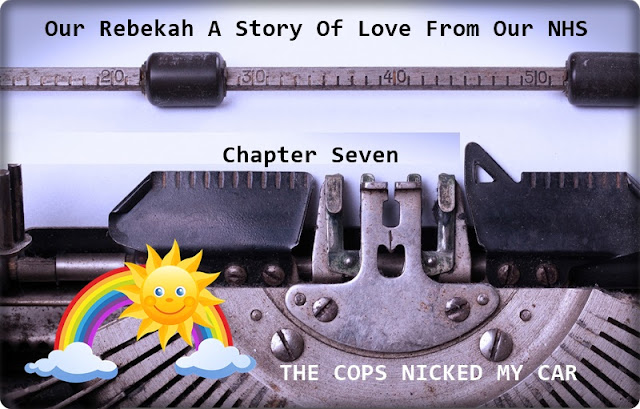 So the routine was for Beck and I to drive down to London by car, park in the NCP and walk the short distance to Guys Tower. Over the months I had worked a very clever route into the centre of London avoiding traffic. We would take the A5 South, boycotting the M1, skirt through the edge of Saint Albans then join the M25 at London Colney. Remember there were no such things at sat navs back then, all this came out of my very own brain ! Leave the motorway at the A10 duck and dive through houses getting ever closer to the city. Through Bishopsgate, turn right at The Monument, over London Bridge and arrive hassle free at Guys Hospital.

Margaret Thatcher was the boss so strikes were not as common as they had been but still the odd trade union though it was living in the dark ages of the 1970's so gave it a go. On one day when Beck and I were off to the clinic the buses and underground in London declared a non working day. When we arrived the NCP was full and people were parking along the roads ignoring the double yellow lines. I decided we would do the same. If only ! We could not find a double yellow line to park on ! Round and round and round I drove until magic, we found a space.

Off into the clinic, promptly seen by Doctor Sue Rigden, no new medication to collect from the pharmacy so why not make a trip to McDonald's before heading back to the car ? That burger and fries spelt disaster !

“Excuse me office, somebody appears to have nicked my car.”

A quick call on the radio confirmed it had been nicked, nicked by the cops for being illegally parked and taken to the pound. Perhaps I should explain that in those days parking was a police matter and not something for cowboy local authorities to play games with as it is now.

Another call on the radio. It was way south of the river in Lambeth. OK, with no buses and no underground how the hell was I to get there and recover my car ? Taxi, the only way. That taxi driver refused to charge me for the ride, he even insisted on waiting which I confirmed my car was there before he left. One hundred pound paid and the car recovered. No sat nav remember, I then had to navigate home. If only we had not gone to McDonald's we may well have got away with it. Expensive burger !

But it was not over yet ! I had paid the one hundred quid to get the car out of the pound but there was still the parking fine to pay !

When Sue Rigden called the next day to check something I told her what had happened. She said she would write to the police and ask if the parking fine could be waived. Just a week later I received a letter from London's police. Yes, the parking fine was waived and enclosed was a cheque to refund the one hundred pounds.

Thank you Doctor Sue Rigden, thank you our NHS, thank you London cops !