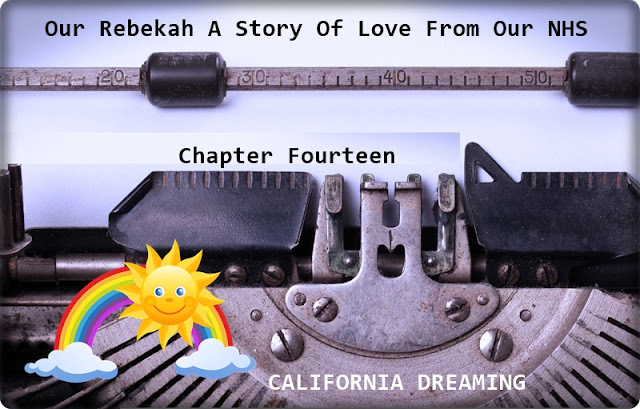 My Leonites feature again in this chapter.

I called them Study Visits To California but they were more than that they were the ultimate school trips. Two years in preparation a group of fifteen of us would spend three weeks in California, Nevada, Arizona and Mexico. Over two years participating student would save up for the flight. We then had a programme to raise the money to engage in as many adventures as we could in the three weeks. This was the fourth study visit I organised.

Arriving at the Virgin Atlantic check in desk at London Heathrow's Terminal Three there was a problem. We had paid for economy tickets on the flight to Los Angeles but the system had us all travelling in business class. I had Peter and Matthew with me, Jean was our female member of staff and eleven Leonites with me. A muddle somewhere had us booked into business class. This was going to be a great Easter holiday if we could somehow get onto the aircraft.

Rebekah was not well enough to join us so Maureen and she were going on holiday to Watchet in Somerset. She was again on call for a kidney transplant but it wasn't going to happen.

“You and your sons can travel business class,” the check in lady said, “the rest of the party will go in economy.”

“It's a school party and I am in charge,” I explained. “I can't travel without being with the students.”

The check out clerk thought for a moment before saying, “Sod it you can all travel business class !”

I was embarrassed but smiled when boarding for business class passengers was called, a Leonite turned waved and said to other waiting passengers; “Farewell to you all having to travel in economy !”

We were welcomed on board with glasses of champagne. I turned a blind eye when my Leonites swigged the bubbles. However, when glass number three was being handed out I did point out to the cabin crew that these Leonites were aged fourteen and fifteen.

It is a long flight from London to Los Angeles, eleven hours. I have made the flight several times but just this once in business class. Anyone who has travelled to The USA will know that immigration at any American port is one of the most unfriendly experiences on the planet, indeed those sad people employed to man border points are a human sub-species of disrespect. Even being fast tracked through business class these unfortunates fail to comprehend the way a passenger is feeling after a long-haul flight. So well wound up by this part of the trip we made our way to the rental desk to collect our mini'-bus.

The next step was for me to drive a mini-'bus load of excited teenage Leonites from one side of Los Angeles to the other. GREAT. We checked into our hotel then walked to the local McDonald's then bed. California is eight hours behind London and jet-lag has to be experienced to be understood. Awake at 2am which was 10am at home I went for a walk only to find the Leonites in the outside swimming pool. Back to bed then first thing in the morning LA time, early afternoon at home we were lining up at the gates of Disneyland, The Happiest Place On Earth.

I wondered what Maureen and Rebekah were doing at home. They were going on holiday to Watchet in Somerset, staying in The Lorna Doone Caravan Site but that was not just yet, their holiday would coincide with the end of our time in California. What a time we were to have in California.

After a full day in Disneyland we spent the next day in Great Universal Studios, Hollywood and a quick drive through Beverley Hills. Then down to San Diego and for me the precarious drive over The Coranado Bay Bridge. If you have ever been to San Diego you will know what I mean. We then crossed over into Mexico to spend a day in Tijuana.

Off then to Las Vagas, now that is a weird place ! From there we flew down The Grand Canyon. WOW. Our mini-'bus then drove through Death Valley, the hottest place on the continent where I managed to boil the engine. A day and a night camping in Yosemite National Park before heading to The City By The Bay. All the touristy bits in San Francisco before crossing The Golden Gate Bridge and heading up The Readwood Highway to The Giant Redwoods.

Sorry Rebekah but this beats Watchet and a caravan in Somerset. We were having a great time in America but The US of A is not a place to be unwell. If you can pay then expert medical attention is always there but if you can not pay then tough luck ! In Britain money does not come into it, where The National Health Service is concerned Love is all you need. In America doctors treat the patients who can pay. In Britain The National Health Service doe not treat anyone, it CARES for them.

Back to California. Down from the Giant Redwoods to Sacramento, out to pan for gold at Sutters Mill. Over to South Lake Tahoe, cross the mountains into Nevada. Spend time in Virginia City before making our was back to Los Angeles. An overnight drive which was not easy but we could all chill out on Malibu Beach before heading back to Los Angeles Airport and an overnight flight home. This flight was in economy, Virgin Atlantic had fixed its mix up meaning all business class seats were filled by premium paying passengers.

An overnight drive followed by an overnight flight. The word that springs to mind is knackered. Collecting luggage and cruising through passport control I was met by a friend. “You are not to worry,” my friend said. “Rebekah had a kidney transplant last night, I will take you straight to the hospital.”

“Can I please go home and have a bath first ?”

I did go home and I did have a bath. Peter and Matthew went to stay with grandparents and I went to Guys Hospital in London. I did not drive myself but turned to Valley Medical Transport for help. During that journey I learned what had happened.

Rebekah and Maureen were sitting in the caravan when the bleep went off. Maureen went to the phone box in the caravan site and phoned Guys Hospital. She then drove home paying no regard for motorway speed limit, she drove home not to London. In Milton Keynes she contacted Valley Medical Transport who took Beck and Maureen to the hospital.

Valley Medical Transport was for a short time a private charity based in Emmerson Valley Milton Keynes. I was a trustee of this charity and went out on two mercy missions as well as experiencing first hand its love, love supporting the love of our Amazing NHS.

Posted by The Sunshine Smile Crew at 05:03