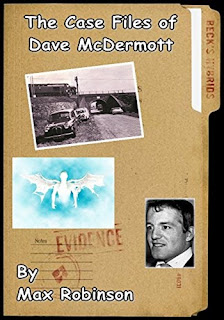 At the start of 2017 I put out a survey on social media asking people what their favourite style of reading was.  The overwhelming response was crime fiction.

I had never attempted that style of writing before but decided to give it a try. Within a few thousand words I found that I loved what my open was doing as it created the fictional character of Dave McDermott.

The first case I gave Detective McDermott to investigate was a serial killer in a story I titled ANGELS OF THE ANTICHRIST. I took my readers through the unique and at times enigmatic way of working which I planned to turn our hero into a modern-day Sherlock Holmes and Hercule Poirot combined.

The second case I have to newly promoted Detective Sergeant McDermott was a kidnapping and simply titled it McDERMOTT'S NEXT CASE.

I was quite excited and waited for a production company to come along and snap up TV and film rights. Three years later I am still waiting.

In the years that followed, all three of them, I thought several times to challenge Dave McDermott, now promoted to the rank of Detective Chief Inspector, with a new case. This will be a strange, unique and baffling case which I am 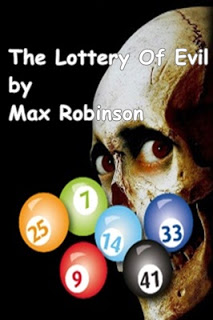 now working on. I am going to call this case THE LOTTERY OF EVIL. I hope you will enjoy my new book and wonder who will solve the mystery first, you or Detective Chief Inspector Dave McDermott.

Go on - splash out 99p and read those first three cases of Decterive Dave. Remember, the royalties of 75% will be used within our help for homeless rough-sleepers. This is particularly important at this time.

Today I formally launched my latest book THE FANTASIES OF A GERIATRIC DJ and on my radio show this morning I gave listeners a quick run through the story as I played the music. The PODCAST is available if you want to CHECK IT OUT.

With the country in lock down I am filling my time, preventing boredom by writing. Why don't you give it a try ?

Posted by The Sunshine Smile Crew at 10:43