Down And Out In Milton And Dreams Yesterday I went to the area by the railway station in Central Milton Keynes to check that our friends who had been served with an eviction order for rough-sleeping in front of the station were OK. They were and were in good spirits. EVERY single one welcomed me, thrust out their hands to shake mine. When I use the word "friends" it is no empty gesture. 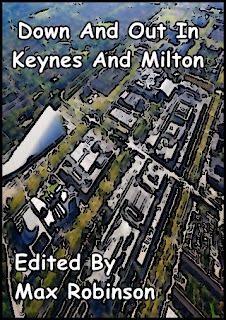 bringing into the public domain stories which will create a better awareness. I had made some notes which I gave to this friend to consider.

I have been bouncing around this idea on Facebook and our blog for a while and have called it DOWN AND OUT IN KEYNES MILTON. At the end of this blog that brainstorm idea is explained. My friend yesterday came up with an alternative title. DOWN AND OUT IN MILTON AND DREAMS.

Before I invite you to read my idea, printed in blue below I want to run something by you all.

Leaving Central Milton Keynes I ran the idea past another 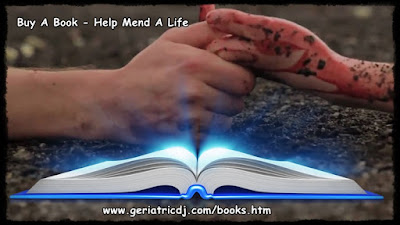 friend asking if he would like to write about how society has failed him. Enthusiastic is not a big enough work to describe what he said, I am sure he is already writing.

I am pushing like crazy the sales of my own books to try and generate money for our projects, specifically the Dreamsai Lunch on Saturdays. Sales are happening but they are not

good and payouts from the publisher are a month in hand. Friends keep telling me that we should set up a GoFundMe page or something similar. The time is now here for this to happen and to happen yesterday.

Within my plan you will see I want to pay people for their contributions, I am suggesting £10 an hour. Already I have at least one person writing. It isn't just a case of paying

someone for their time but making an investment in their life. Does that make sense ? So I am looking for someone who will set up a funding page and promote it. 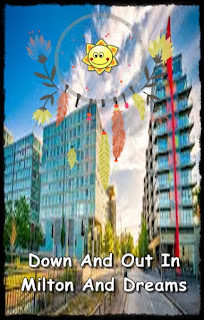 to get things started. That money will probably last for a week, perhaps two. We then need the on-line donation system working and money coming in. Could you be the person to take charge of this ?

OK - The idea fore the project is below. What do you think ?

Down and out in Keynes and Milton

George Orwell, the social commentator, famed for Animal Farm and 1984 also wrote Down And Out In Paris And London. He became a tramp and lived the experience in both capital cities.

I am a writer. My first book was published using traditional format in 1982. I published three books this way. Four years ago I was accepted by Amazon as a writer to publish both paperback books and e-books. I have twelve works available with e-book download prices between 99p and £1.99. Royalties are 75%. I have recently published THE RAMBLINGS OF A SILLY OLD MAN - 22nd February 2020. I am now working to finish a book I started two years ago but set aside THE FANTASIES OF A GERIATRIC DJ – this I intend to publish on Monday 15th April 2020.

There are other ideas I wish to work on. I have a plan for a book THE LOTTERY OF EVIL which is a new book featuring characters from my earlier book THE CASE FILES OF DAVE McDERMOTT. As part of my role as Chairman of Thames Valley Police Community Forum West Bletchley I am to take part in a series of ride alongs with officers on shift. I would like to edit these into a small publication.

We live in a broken and selfish society. FACT. The more vulnerable a person is the less support he/she is likely to receive. Being down and out does not simply mean that you are homeless or rough-sleeping. Our justice system is broken and encourages victims into criminality. Adult social care is close to non existent and that which is there fails to serve people properly. Drug crime is epidemic and draws in vulnerable people from children to old age. There is no proper support for an addict seeking to break free from drug dependence. Mental health issues in a person are ignored and thrown aside. Suicide rates are increasing.

It is easy to blame politicians at national and local level, indeed many although not all deserve as much blame as can possibly be heaped at their door. A politician, however, is only a reflection of the society they work within. There are some good causes working hard to help but there are also commercial charities run as businesses with as little as 19p in the pound spent in their national chain of shops actually helping those they say they seek to support.

While Milton Keynes is a cold-hearted society it is no different to the rest of the country, indeed people tell me the big cities of Birmingham, Manchester and so on are many times worse. I have spoken with homeless rough-sleepers in California, In San Francisco it is estimated there are officially, 8,011. In Milton Keynes the number will be around 150 and in Manchester the figure is given as around 204 – clearly inaccurate.

My idea is to take George Orwell's novel together with its metaphorical use of wording in the title to bring together stories into a book Down And Out In Keynes And Milton. I would like to take personal stories and edit them into a book which would give a platform and a voice to those who currently have no voice. Contributions can be anonymous or they can be from those who wish their identity to be in the public domain.

I am thinking to collect individual stories from those who have something to say of which the public at large is ignorant:

I am not looking for the book to be sensational nor am I looking for it to be an academic study, it needs to be REAL people telling stories which lay behind the phony statistics.

LENGTH OF TEXT: In writing anything the text needs to be long enough to say what has to be said. Given that if we want to publish in paperback format we will need to have a minimum of 60,000 words, I am not sure we will be able to achieve that. For an e-book we are looking at around 40,000 words.

PUBLICATION DATE: I would like to think that we could have this work available to purchase by the end of the summer.

COVER PRICE: e-book 99p If we publish in paperback the price will be determined by Amazon. We will set the royalties at 75%.

WHAT HAPPENS TO THE ROYALTIES ? The royalties will be used to help fund Sunshine Smile Crew activities in partnership with Dreamsai.

PAYING CONTRIBUTORS: I am suggesting that we pay contributors £10 a hour for their time. This to be paid on submission of a manuscript. Upon payment copy right passed to Max Robinson. Realistically the project will lose money but making money is not what it is all about. I will set aside £100 a month but we need to find significant additional income which will have to come from selling my existing books. A number of members from The Sunshine Smile Crew have suggested setting up a Go Fund Me account, I could not possibly undertake this but if someone was willing to take on the project we could involve more contributors.

ENDORSEMENTS: Just a thought, I am not sure if this is a good idea or not but if we could find some people who would read the draft text as we build it into a book they could write one or two sentences we could use to help promote the finished text.

MOVING ON: This is my initial idea. Let's talk and make this into a firm plan. I suggest we can then take these ideas:

For each we can make a simple plan which a individual person can work through to write their story. It should be noted that some may wish to be interviewed, asked questions which we can then edit into text.

Do we want to engage the media ? We have the radio station I work with, there is MKFM, MK Citizen, BBC Three Counties. I am not sure any will be of significant help while we are writing but could be used once the book is published. We could pre-record some stories which I could use within my five shows each week on Radio CRMK. We could use the system to make something to put on YouTube.