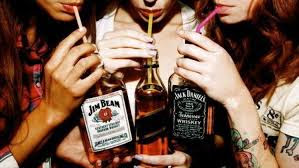 I do not drink myself, I used to but stopped when I learned to drive way back in 1977. As I write today I hope I am not showing prejudice.

Taking Jake for his early morning walk I have noticed a number of empty beer cans tossed along the way.  Who is responsible for these ?

Yesterday I went out to help support a friend who is vulnerable. Leaving home at around 3pm I thought there was far more traffic on the road than there should be. If we are in lock down then who are these people in their cars ?  Nearing Central Milton Keynes, however, the roads and the streets were deserted.

Having helped my friends I drove to my local post office to buy a book of stamps. There was a line of people waiting their turn to get into a Tesco Express. No matter how hungry, no matter how much I needed something to eat I would not have joined that small queue. There were two men who were obviously drunk. They were being loud and while not threatening it would not have been good to be near them.

Coming out of Tesco I saw one man with two white plastic bags, both were overflowing with cans and bottles of alcohol.  It has been a few days now since I was shopping myself in Morrisons but several of those I saw in the supermarket with me had an excess of beer and spirits in their trolleys.

Like I say, I do not drink so I may be displaying prejudice here but is alcohol classed as essential supplies ?

Something this lock down is going to increase is domestic violence. That is obvious isn't it. But behind closed doors will we be aware of what is going on ? Will alcohol have a role in this ?

The drug trade in Milton Keynes is still operating, I can tell you that for sure. It is now a case of home delivery rather than cash and collect.

I may be chairman of our local police community forum but right now I am chairman in name only.  All the grand ideas I had are on hold, I hope they can be brought back towards the end of the year.  The forum has identified its three major areas of concern to the police. I do not fully agree with them but they are:


They are related but I am not sure they are the three priorities for the community to offer to our police.

I am told that alcohol is a greater issue than Class A Drugs. It is more difficult to control and harder for an alcoholic to recover than for a drug addict to get clean.

It is clear that both lead to anti-social behaviour. Those beer cans on the street, those men standing outside Tesco. There have been reports of people abusing, spitting at essential workers. Anti-social behaviour in my book and I suspect alcohol induced.

At the last meeting of the community forum we discussed how cars on driveways were being targeted in the small hours of the morning with their contents being stolen.  No evidence but I suspect stolen to fund drug addiction.  Could  it also be to help pay for alcohol ?

A couple of months ago I was talking to a very heavy drug user. What he said made so much sense. Within our conversation he said people get into drugs because they perceive it to be cool.  If society could remove this element from drug addiction then new addicts would not sign up.

Drugs and alcohol lead to anti-social behaviour and petty crime.

I do not understand alcoholism but I do understand the drug trade and addiction. A drug addict begins as a victim, he/she is not a bad person.  As the addiction takes hold petty crime enters the addiction, call it anti-social behaviour if you like. To my way of thinking the perpetrator of this petty-crime/anti-social behaviour is still a victim.  When does he stop being a victim and become a hardened criminal ?  I have been quoted so many times saying that until there is a far better understanding within society when it comes to the victim the drug problem will never be solved. Same in other areas ?

I am not here really talking about drugs and I confess I do not understand alcohol but yesterday and when I take Jake for his daily walk I witnessed things we really do not want in society. My fear is this lock down will not be good for those who use alcohol. I hope I am proved to be wrong.

Posted by The Sunshine Smile Crew at 22:08