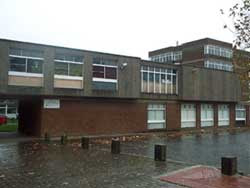 I am so proud of my LEONITES. But when I talk about LEON I am speaking late 1970's, 1980's and early 1990's. The school goes back to when it was Bletchley Road School and before that Fenny Stratford Board School. When I wrote my book in 1994 NOT THE CONCRETE COWS I featured an article about Leon during World War II. Perhaps it 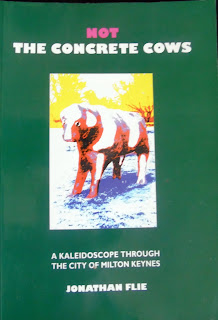 may be of interest to my LEONITE Friends.

BOMBING:
Air bombardment by the German Luftwaffe of our cities was an immediate threat at the outbreak of the war.  Newsreels had shown how Hitler's air force stormed across Europe so Great Britain steeled herself to repel any similar attempts to overrun our island home. RP wardens were recruited, Anderson shelters delivered and sirens tested. Buckinghamshire County Council issued its schools with specific instructions both or precautions and what to do in the event of an actual raid.

Sirens sounded in anger for the first time only moments after the actual declaration of war was announced. One of the Bletchley sirens was located on the roof of the council offices, now the masonic hall, at the Denny Stratford end of Bletchley Road (Now Queensway). For children in the near by school the noise was deafening.

Staff took time off from teaching the three R's to sit the children down with sheets of brown paper, scissors and pots of glue. With care they cut thin strips and pasted them to the glass on every window in the school as a protection against bomb blast.

Bletchley, beingat the time a small rural town, did not expect to be a priority on the Nazi hit list so special air raid shelters were not issues to schools. The headmaster at Bletchley Road School, Ernest Cook, too advice and designated the main school corridor as the strongest and safest part of the building. When the sirens sounded teachers would gather up their charges and sit them in lines upon the floor down the length of this makeshift shelter.

An early warning was recorded in te school log as: The air raid siren went at 10.50am. The children were immediately taken to their positions and were assembled in an orderly manner within two minutes. The all clear siren went at 11.27am. During the air raid community singing was thoroughly enjoyed. The children entering lustily into the whole atmosphere. There was no sign of panic. I was delighted with the whole demeanour of the children.

Although on this particular day everything appeared to go off without incident later a strange combination of fear mixed with excitement during alerts made the continuance of any teaching or organised activity near impossible. Eventually lessons were abandoned and boxes of comics placed at intervals along the floor to be read during raid alerts.

Picture the situation in the middle of an algebra test the warning siren sounds. it's a piercing whine deafening all in the school from its location just 25 yards across the road. Books are hastily packed away, desk lid closed, excited children organised and comics distributed. Secure in the knowledge that Bletchley was unlikely to be bombed, pupils went daily to school hoping that the alarm would go off and give them he chance to catch up on the adventures of Desperate Dan or Roy of the Rovers.

The headmaster carefully recorded every warning in the school log book.

On one particular day there were so many warnings that he gave up any hope of teaching, closed the school and sent all the children home. Perhaps the Germans were not all that bad !

Posted by The Sunshine Smile Crew at 07:41