OFFICIAL STATEMENT FROM THE NORTH POLE 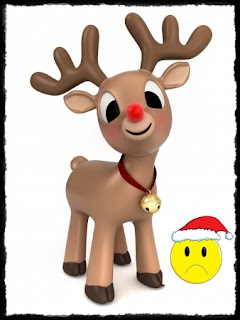 Santa's sleigh will not be visiting any establishment within Central Milton Keynes this Christmas. 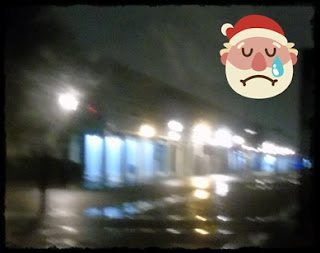 Santa's workshop operates every day of the year in preparation for the night of 25th December but Christmas officially commences on the first day of Advent - Sunday 1st December. It does not commence on Saturday 16th November when Central Milton Keynes turned on its Christmas lights. Obviously a commercial decision but this has only served for Santa to instruct his little helpers not to purchase anything from The Centre MK and The Intu. Both have their lights blazing throughout the night, every night doing their bit to destroy our planet.

Christ The Cornerstone has got in on the act as it works to raise its carbon footprint with Three Unwise Men. No wise man would ever burn electricity all night ! 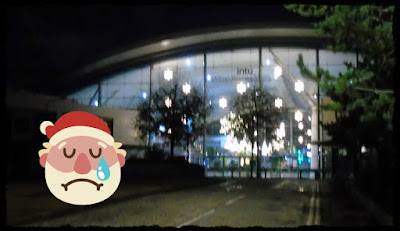 Once upon a time within Milton Keynes no building was allowed to be taller than the surrounding trees. Long Forgotten. At The North Pole 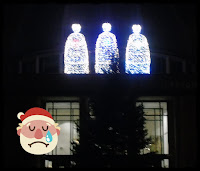 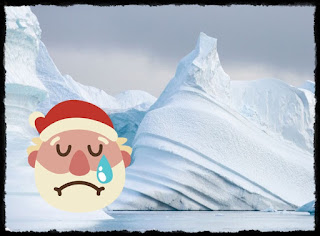 Boycott Central Milton Keynes until those operating there start adopting a more responsible attitude and stop destroying our planet.

All photographs of Central Milton Keynes were taken between 4.20am and 4.30am on Monday 25th November 2019. 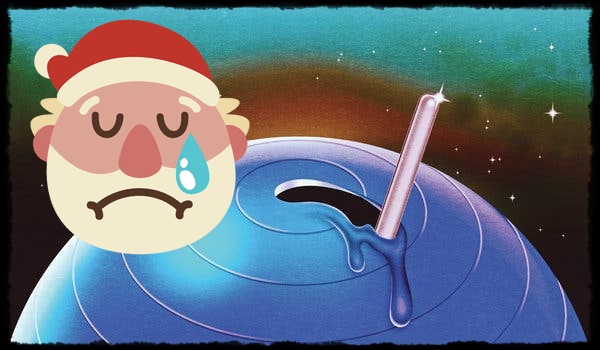 Posted by The Sunshine Smile Crew at 01:22