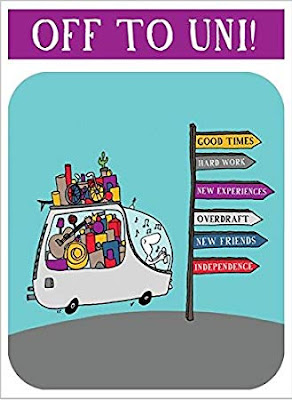 I see from various posts on Facebook that Mums and Dads up and down the country have teenagers heading to university.

Two years ago Bristol University asked be for a bit of help, someone I knew way back had died and left them a few million pounds. They wanted me to fill them in on the life of the donor.

I spent a day in the astro physics department at the start of term. The professor said to me when giving me directions to the department, that I should not be worried about freshers wandering about the campus looking lost. I thought he was joking - he was not !  Hundered were wandering round staring at their phones and totally oblivious to what was happening. FRESHERS WEEK !

In my time it was FRESHERS DAY.

As I now talk about my three years in higher education you Mums and Dads, you fresh new undergraduates will not believe me. Honestly this is true.

NO STUDENT FEES !  NO LOANS !  Our fees and accommodation were paid for 100%.

We were given three meals a day although few bothered with breakfast. At the evening meal a giant table could be found in the refectory piled high with many cheeses and a variety of biscuits. There were serviettes for students to take what they wanted, wrap it up and eat it during the evening/night in their rooms.

ROOMS - fully furnished with bedding and towels changed each week. Every morning a cleaner came into each student's room and - cleaned. THEY ALSO MADE OUR BEDS !

WAIT FOR IT !  We all received a grant each term, money supposedly spent on books and travel to and from home but in reality we spent it in the college bar and generally having a good time.  I have just Googled to see how much my grant would be worth in today's money: £1,343 !  HONESTLY THAT IS TRUE.

I have spoken to teenagers over the years about this and they all think I am some kind of dreamer but that is how it was.

Freshers Day gave me something which has stayed with me for all those years right up to the present day and is written in my will to be read at my funeral. Can I read it to you now please................... 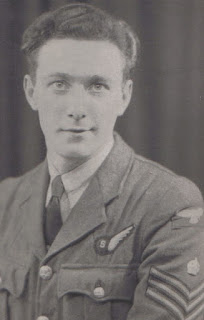 today I am going to visit my Mum and Dad as they celebrate their 71st wedding anniversary - no 71 is not a typo. My Dad's generation went to school to be educated to fight and die for their country. Obviously my Dad did not die but his 20 year old brother did when his Lancaster Bomber was shot down in a raid over Germany.

His father's generation fought in World War One where millions were slaughtered. My 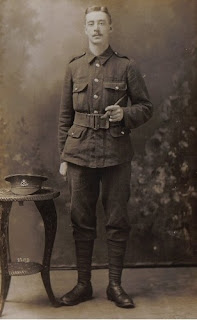 grandfather contracted tuberculosis in the trenches so was discharged with honour from the army. That saved his life in war but he died of his illness a young man leaving my grandmother with three young sons to bring up alone.

The thought of fighting for our country was not a part of my generation's life. Yes, there was the Vietnam War but Britain was not involved. Yes there was the Cold War and the threat of nuclear annihilation but we never let it rule of lives. I did not stop me spending my £1,343 student grant having a good time - NO WAY.

So has my generation given the generation now heading to university a better world to live in than my father's and grandfather's generation did ?  NO WAY !

Off to uni ?  Do me a favour will you - when you graduate and take over the management of society make a better job of it that we have.

Have a great Freshers Day - I mean WEEK or is it a TERM these days ?
Posted by The Sunshine Smile Crew at 19:18