Not so much forgotten but totally lost ! 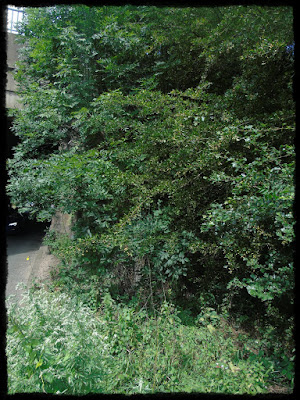 Behind these trees, totally obscured from view is a Milton Keynes Landmark. In David's original Not The Concrete Cows published in 1994 he referred to it as a Forgotten Landmark. Today does anyone know it is there.

Officially the railway bridge crossing Wattling Street in Bletchley is known as Denbigh Hall Bridge but to those who understand its significance it is and always will be Leon Bridge. Here it is today and below is a line drawing from Sir Frank Markham's book The History of Milton Keynes and District. (The late Lady Markham gave David permission to include Sir Frank's work in his book Not The Concrete Cows.) 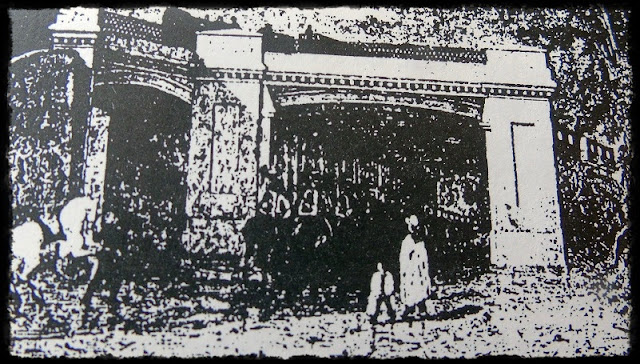 So why Leon Bridge ?  Leon as in Sir Herbert Leon, financier, member of parliament and First Baronet of Bletchley Park ?

Behind the shrubbery is a plaque erected by Sir Herbert on which is written.

PRIOR TO SEPTEMBER 1838 THE SOUTHERN PART OF THIS RAILWAY TERMINATED AT THIS BRIDGE WHENCE PASSENGERS WERE CONVEYED BY COACH TO RUGBY WHERE THEY REJOINED THE RAILWAY TO BIRMINGHAM. THIS COMMEMORATION BY SIR HERBERT LEON BART OF BLETCHLEY PARK AND BY KIND PERMISSION OF LRNW RAILWAY AUGUST 1920.

Why was that ?  Why get off a train then travel by horse-drawn carriage and get back on a train further up the road ? 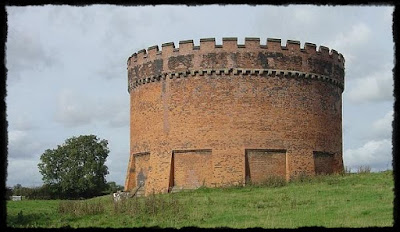 Drive north along the A5 Watling Street and to your right in a field near Kilsby you will see a castle. Actually this is not a castle it is a ventilation shaft for Kilsby Railway Tunnel. 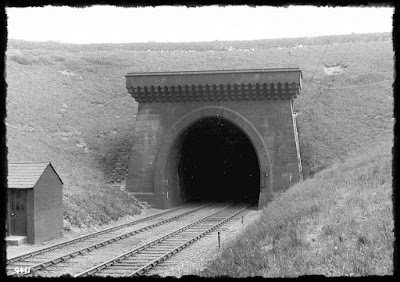 At 2,432 yards lone when it was opened Kilsby Tunnel was the longest railway tunnel in the world. It was designed by Robert Stephenson. Until the tunnel was completed passengers had to disembark at Denbigh Hall and take a coach. 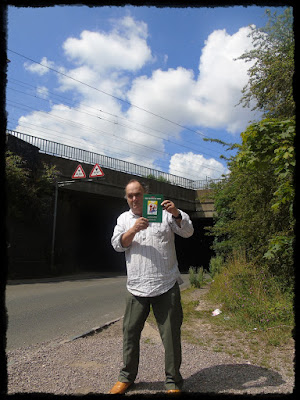 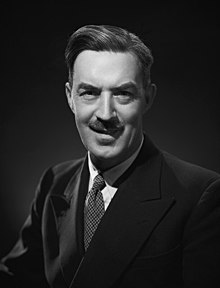 Denbigh Hall was chosen as the terminus because it was there that the railway line crossed the Wattling Street but no proper facilities were installed for the passengers. There was no sanitation, no proper accommodation, tents often being the only overnight shelter and mud everywhere. Railway construction workers were billeted at Denbigh Hall and drunken brawls were commonplace.One passenger described Bletchley as "a small miserable village where those disappointed at getting from Denbigh Hall must not expect to find accommodation even for their dog !"

The only place to find any refreshment was the Denbigh Hall Inn which had the most terrible reputation for previously harbouring highwaymen and criminals and for generally being a bawdy house. At least three murders took place in the locality which, two centuries earlier had been the site for the local gallows.
It can not be right to allow the legend of Leon Bridge to be lost can it ?  But even if the trees were cut back the traffic on Wattling Street today would make visiting the plaque and words of Sir Herbert dangerous. 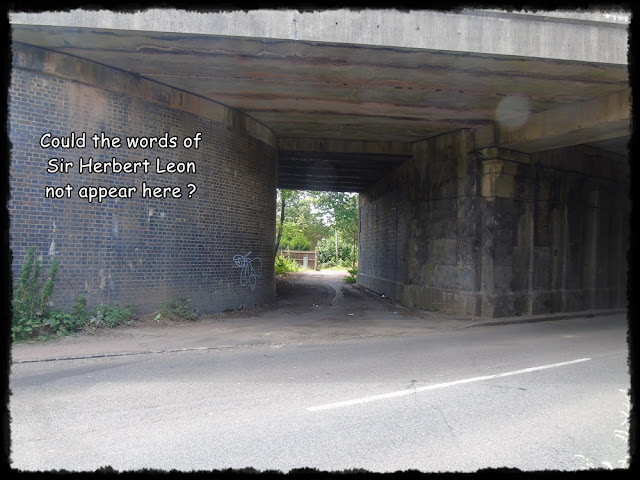 Removing Sir Herbert's plaque and re-siting it at the walkway on the opposite side of the bridge would mean cutting away the trees. Is that a good idea ? Perhaps a replica would be the answer.

How could this be made to happen ? 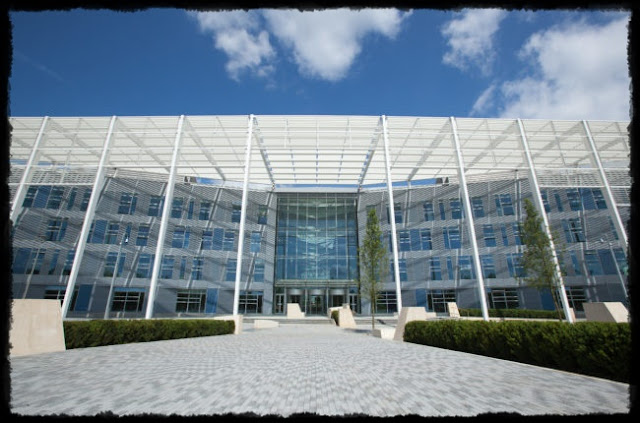 Located in Milton Keynes is the headquarters of National Rail which today is responsible for maintaining Leon Bridge aka Denbigh Hall Bridge. Do you think we could persuade them to take this forgotten landmark out of obscurity and bring to life again the bridge's history through the words of Sir Herbert Leon ?
Posted by The Sunshine Smile Crew at 01:27