A place of beauty and tragedy

It is a place of beauty. On a day to day basis it is seldom considered and often forgotten. It is, however, one of the greatest legends in Milton Keynes. Sadly it is also a location of error and tragedy. 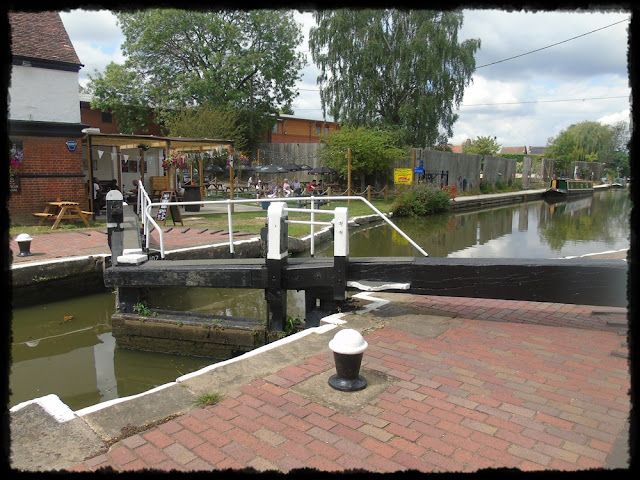 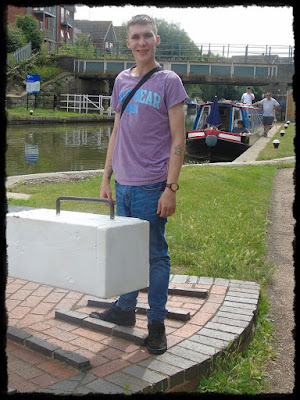 A lock adjusts the water level allowing a boat to climb up or descend an incline. That is what Fenny Lock does, raising and lowering the water level by just four inches it is the smallest lock on the network. 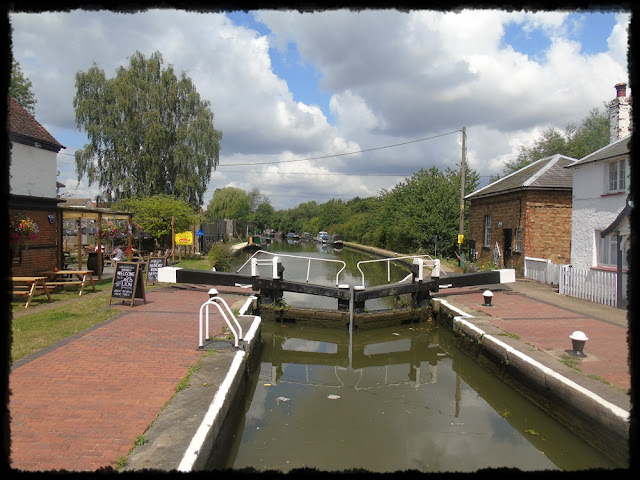 So what did the original Not The Concrete Cows have to say on the subject ? 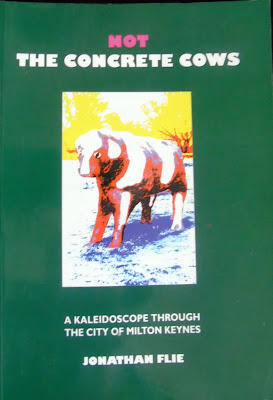 Stony Stratford established itself in the north of the city about the turnpike road map of the early industrial revolution but even with the new road improvements it was still a very costly way to move freight by stage-wagons. Enter the age of the canal. By 1830 Britain had over four thousand miles of canals and barges capable of carrying loads of up to one hundred tons.

The story of the canal in Milton Keynes began one June evening in 1792 in a room above an inn in Stony Stratford. There met The Marquis of Buckingham, several local men of substance and one James Barnes, an engineer who had worked with the father of England's canal system James Brindley. Barnes proposed linking London with the industrial midlands by way of Linslade, Solbury, Stoke Hammond, Fenny Stratford, Simpson, Woughton, The Woolstones, Linford and Wolverton. He had costed the project at £500,000. The meeting agreed to his plan and promised the finance. In April 1795 parliament passed The Grand Junction Canal Act (the canal was renamed The Grand Union Canal in 1929.) and work began immediately at both ends of the intended waterway. 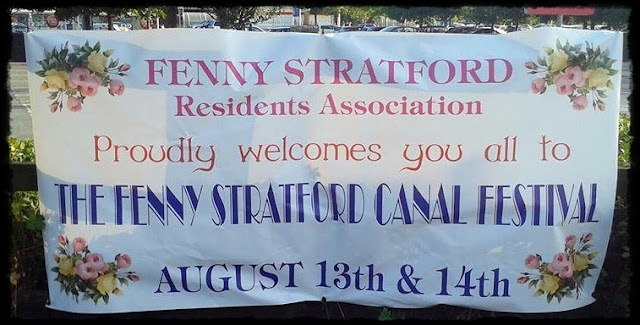 Only two years later, Saturday 31st May 1800, The Marquis of Buckingham and his fellow shareholders officially opened the first section of the canal from Tring to Fenny Stratford. It was a carnival of a day with bands, cannons firing, the ringing of church bells and a grand parade with members of the Buckinghamshire Militia. 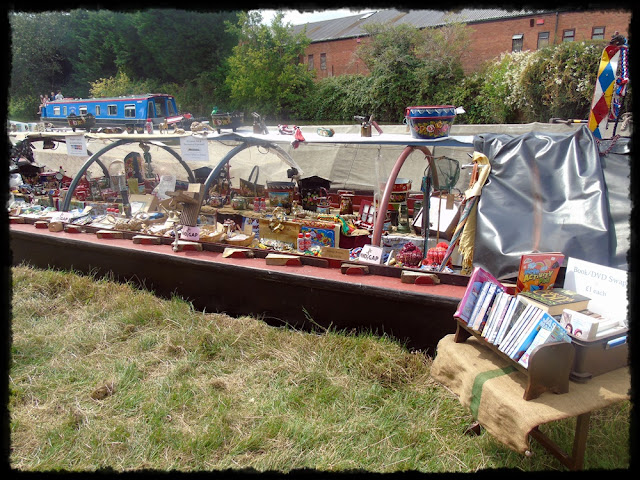 The Marquis of Buckingham and his fellow shareholders looked forward to enjoying considerable profits from their investments. And they were not to be disappointed. In 1832 a £1 share in the company, had risen in value to two pounds ten shillings and a dividend of 13% was declared. 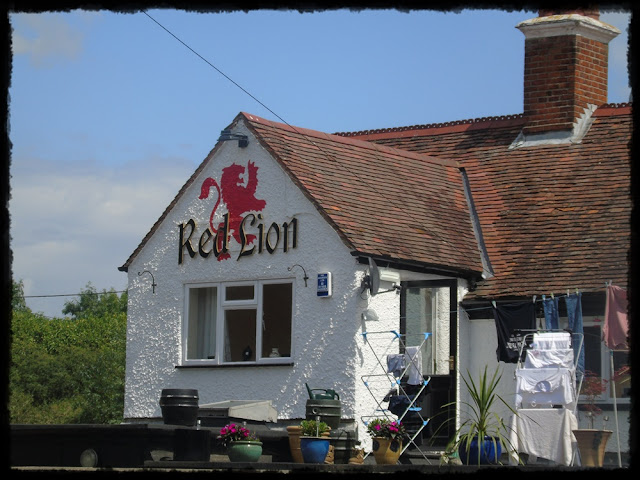 The pictures we are using to illustrate this legend were taken at the Canal Boat Festival in  August 2019, 34 years after publication of the original Not The Concrete Cows book. 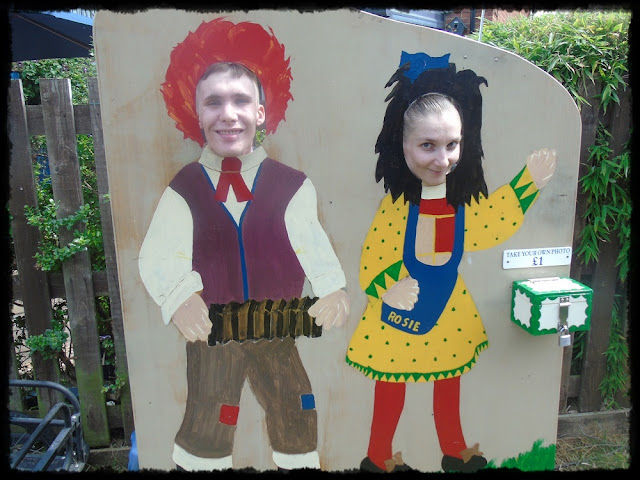 So Fenny Stratford saw the opening of The Grand Junction Canal and with it came a period of some considerable change in the area. But it is not just the initial opening that entitles Fenny to claim fame within the history of Britain's inland waterways. The lock opposite The Red Lion is the smallest lock in the entire system, adjusting the water by only twelve inches. 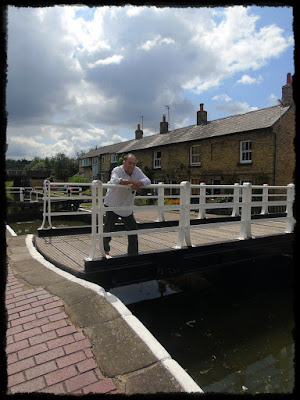 One explanation for Fenny being the smallest lock on the network is the two sections of the canal being navigated to meet there but it was found the two sections were at different levels. Fenny Lock was installed to correct the error. This explanation is widely accepted and has formed into a legend among those who live in the locality. It's a nice little story and I (David) rather hope it is true but the odds are against it. 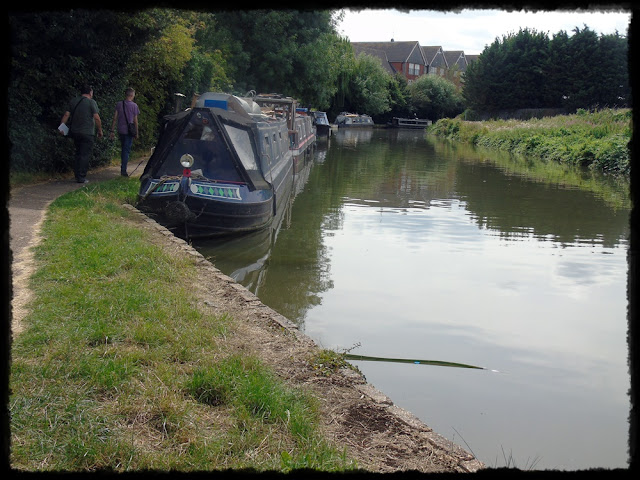 The more accepted explanation among those who profess to be authorities upon this part of our heritage claim that the lock was indeed installed  to correct an engineering difficulty but not one of the dug levels.It was intended to run the course of the canal all the way north to Cosgrove without a lock but that would have entailed banking up the canal side by several feet all the way from Fenny Stratford to Woughton. No matter how the engineers tried to overcome the problem the bank persisted in leaking. They were faced with either cementing the bank in order to make it watertight or installing a lock and so reducing the water level. They chose the later. 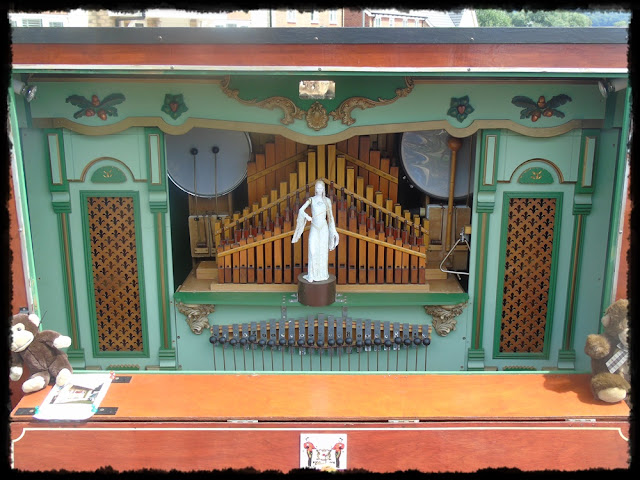 David concludes that original chapter in Not The Concrete Cows with: My father-in-law recalls as a boy being taught in school that the engineer responsible for the Fenny Stratford section of the waterway committed suicide. It would appear which ever the error he could not face up to the disgrace. So Fenny Lock has gone down in history both as the site of the official opening of the waterway and as a cover up for a monumental engineering mistake. 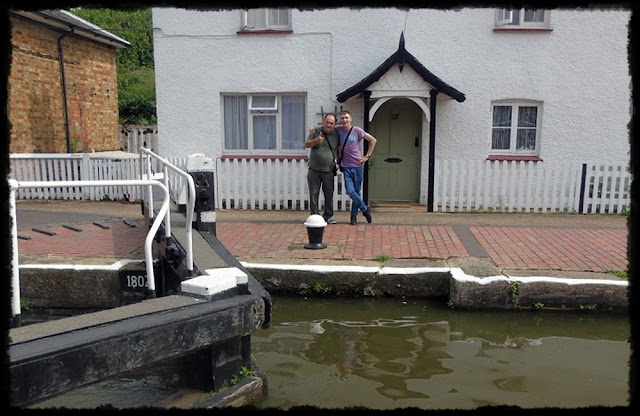 As explained earlier the photographs illustrating this legend were taken at the 2019 Fenny Stratford Canal Festival. In its early years this event is fast becoming a legend in its own time.
Posted by The Sunshine Smile Crew at 09:20