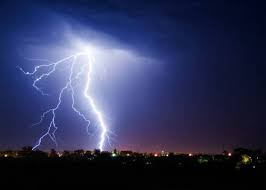 That was a dramatic thunder storm last night. I lay in bed as lightning burst across the sky and the night exploded. Two thoughts ran through my mind.

Here's the Thunder and Lightning Polka from Johann Strauss. I am a great fan of the Strauss Family.

Last night's storm was SHEET lightning. When I was sixteen years old and taking part in a Duke of Edinburgh's Silver Award Expedition we were walking across Dartmoor to the farm where we were to camp for the night. A thunderstorm broke out with BOLT lightning. Bolts smashed into the surrounding fields. As each hit there was a loud explosion and steam rose from the ground.

We lads did not think of our safety, fools we were, but pressed on towards where we were to camp.

Here's something from Thunderclap Newman. 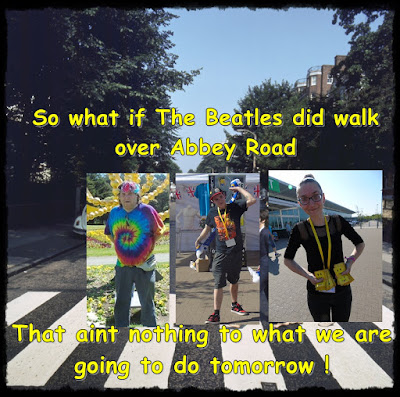 How would we get on at Abbey Road in a raging thunder storm ?

And what about The Lambeth  Walk ?

The storm was in danger of wrecking it all. 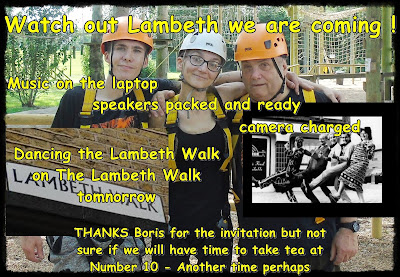 I did wonder what the view from Europe's tallest building, The Shard, would be like.  Would the storm  be  below us ?  That could look good.

How utterly selfish I was. 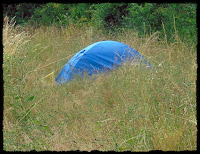 What about the poor sod in this tent that Josh, Lena and I found earlier in the week ? What was it like for him in the storm ? The thought never entered my head.

What about the whole family of rough sleepers, Mum - Dad and two kids Ashley introduced me to ?  How did they get on last night in the storm ?

5.30am - the storm has gone, it is going to be a beautiful day. Everything we plan for our day in London is going to happen. Who cares about the homeless rough-sleepers who will be trying to sort themselves out after the storm ?

Posted by The Sunshine Smile Crew at 21:33