The Good The Bad and The Ugly

In the early days of Milton Keynes I wrote a series of articles in newspapers and magazines. These were gathered together and published in  book NOT THE CONCRETE COWS.

I am thinking to write a squeal exploring twenty-first century Milton Keynes and publish it under the title of LEGENDS OF A GREAT CITY.

Preparing for this I am experimenting with a few ideas. Here is THE GOOD THE BAD AND THE UGLY.

The GOOD, the BAD and the UGLY

In the good old days of the Milton Keynes Development 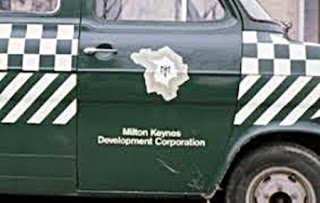 Corporation the planners of our city came in for some heavy criticism.


The residents then living in our early adolescent city were not at all happy with the rivers of mud which flowed from the construction sites into the roads and across pavements.  Some tried to bill Milton Keynes Development Corporation for washing cars or

There was criticism of what was seen as experimental architecture on estates such as Netherfield and Tinkers Bridge.

This was all very good natured and somewhat tongue in cheek but when it came to attacking Milton Keynes Development Corporation for delaying the provision of a hospital until the population increased the knives were out.

MILTON KEYNES IS DYING FOR A HOSPITAL was the slogan of the Milton Keynes Hospital Action Group. In a field adjacent to Marlborough Street, the location within the designated plan for a hospital, stood a giant statue of a question mark.

Fast forward to the second decade of the twenty-first century where for many The Milton Keynes Development Corporation is a myth from history and what do we have ?

We have the GOOD, the BAD and the UGLY.

THE GOOD: It would have been some time in the mid 1970's I guess. I was involved in a music event at The White Hart on Whaddon Way, Bletchley. A young man, late twenties perhaps, began to stagger round the dance floor. Thinking he had too much to drink his friends tried to sober him up before realising he was ill. An ambulance was called but he was pronounced dead on arrival at Stoke Manderville Hospital.

Perhaps the campaigners within The Milton Keynes Hospital Action Group were justified, no perhaps about it they WERE justified in demanding a hospital sooner rather than later.

No question about it, lives were lost in the early days of 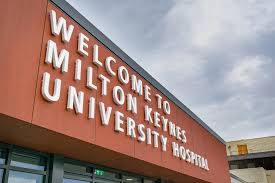 Milton Keynes because our city did not have a hospital but just look at what we have now - The University Hospital of Milton Keynes, a beacon of success, love and care within our National Health Service.

How proud our city should be of the hospital which is at the heart of our community. Never in their wildest dreams could members of Milton Keynes Hospital Action Group have envisaged the wonderful institution we have. University Hospital Milton Keynes must be one of the finest achievements within our city. 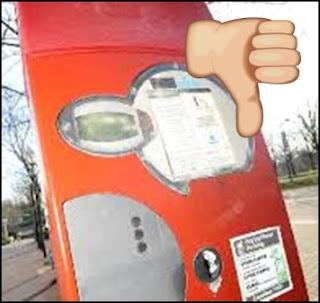 Central Milton Keynes Police Station. Those attending Christ The Cornerstone are even ripped off at a rate of £2 an hour for their faith. What was it Jesus said about tables of the money changers ?

Would you shop at Morrissons, Tesco, Sainsbury, Asda and all the rest if you were obliged to pay £2 an hour to park your car ?  Of course not !  Then why feed the coffers of Milton Keynes Rip Off Council to shop in The Centre MK ? The sooner this once proud shopping centre goes bust the better.

THE UGLY: Milton Keynes the city of trees.  What happened to No building shall be higher than the surrounding trees ?  A thick forest of Giant California Redwoods could not obscure the hideous skyline of Central Milton Keynes ! 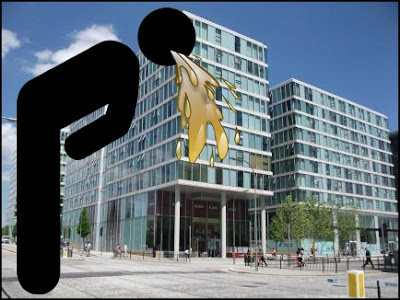 A blind three legged frog suffering from senile dementia given a box of Lego could come up with a better design than the architect who gave us The Hub. I pray that one day a vast sink hole will open up and the entire hideous structure will vanish without a trace.

But never mind the toad-like architect, who are the blind donkeys who gave planning permission for this fundamental assassination of The Milton Keynes Development Corporation's Strategic Plan ?

Bring back the ancient Saxon Court which once met on the hill where our civic offices are now located and let the donkey planners answer to them.

Yes, we citizens of twenty-first century Milton Keynes can be rightly proud of our hospital.  However, we can be nothing but embarrassed by Milton Keynes Council's rip-off parking charges. We should boycott the area so making a justifiable rude gesture to those responsible  As for our city's hideous skyline perhaps we should club together, employ a team of demolition experts and obliterate the ugly blot on our city's landscape.

Posted by The Sunshine Smile Crew at 08:25