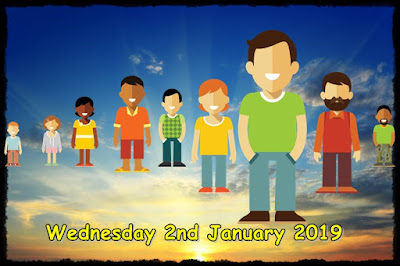 Two years ago this week I started writing a blog, it was then a DAILY blog but in recent months things have lapsed and if I write a page once a week I have been lucky.

Right now it's 4.21am and here I am in the radio studio getting ready to broadcast my early morning show LET'S INSPIRE within which I will be inviting listeners to make New Year Resolutions. Perhaps I need to make a resolution  to get back to writing a new page each day ! 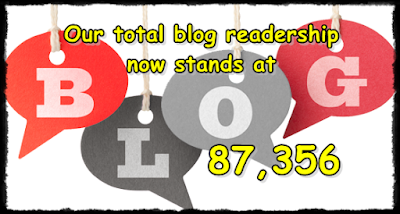 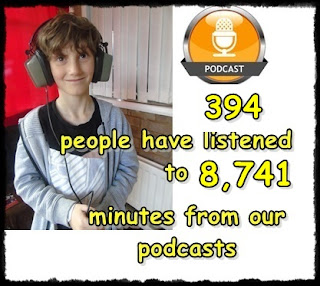 Yesterday and a bit of the day before I was here in the studio anchoring a New Year Special, starting at 11.30pm on New Year Eve then finishing at noon on New Year Day.  I was back here at  3.50am to a bit of tidying up but actually the devastation I walked away from was not as bad as I remembered leaving things
yesterday so I have time on my hands and am able to write the blog.

I think I must have done something wrong at the end of the marathon as the podcast does not appear to be available - OH DEAR - WHAT A SHAME - NEVER MIND ! But the show attracted listeners in: UK  France  Italy  Singapore  Portugal  USA  Iraq  India  Thailand  Mexico  Poland  Australia  Kuwait  Taiwan  Ireland - 14 different countries of the world.

I wonder how many listeners today's show will attract ?  Let's hope I click the right bits and pieces at the end of the 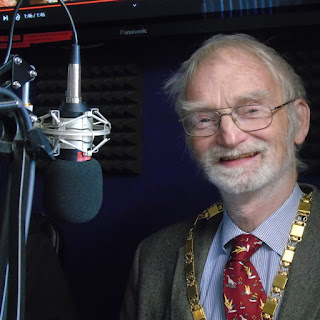 broadcast, if I do the PODCAST will be available from about 9.30am - CLICK HERE

I may have anchored yesterday's show but it was my guests who made the show, guests who came into the studio to share their favorite tracks and guests who joined me on-line chatting on Facebook.  Mr Mayor, I hope you liked my joke when I said I would stitch you up and play the wrong track for you. I was a good boy but allow me to play it now.

Paddy Little THANKS for joining us from Down Under - it was great chatting. Let's play that song again for you. 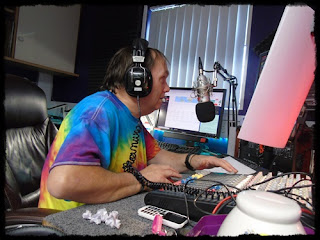 The broadcast marathon was to celebrate the toilet twinning project Radio Station CRMK ran at the end of the year. Our studio loo is now twinned with a home in UGANDA. This was done  via a super charity TWIN YOUR TOILET

The show started with Kev who presents BETWEEN TWO WORLDS.  Chatting off microphone with Kev, he suggested I should play something by Lulu for the toilet.  Here you go Kev ! 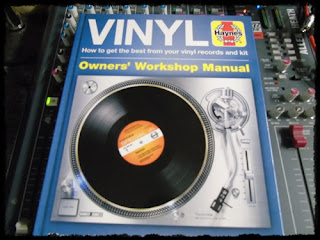 When CRMK Presenter SARKY MARK of PERMANENT REVOLUTION fame and local Disco DJ Graham were in the studio they were green with envy as I showed them my Christmas Present.

We had a bit of a laugh didn't we ?  I am not sure that Mark approved of some of the songs I fooled about with. He had never heard of this one ! 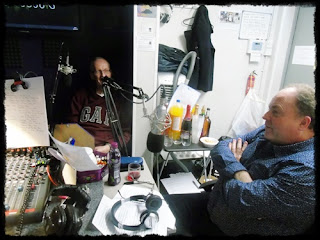 I have just realised why the podcast from yesterday's show failed to record !

Mark brought his guitar into the studio for me to sing AULD LANG SYNE and I guess my voice blew the system !

Phil came into the studio to talk about FREEMASONRY IN THE COMMUNITY and asked me to play that track. WOW, Phil, I had no idea just how much amazing work Freemasonry does in the community - INCREDIBLE is an understatement. 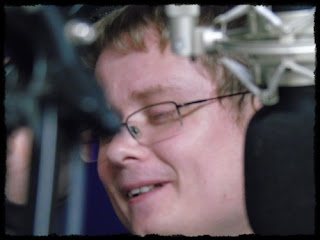 Phil will be coming in to the studio again to spend an entire show chatting about the work Freemasonry does. I am really looking forward to that.

Flipping' Heck Gary, Wednesday only managed a draw against Birmingham City AT HOME !

I won't play the Sheffield Wednesday anthem but here's one of your music choices from the hour you spent in the studio. 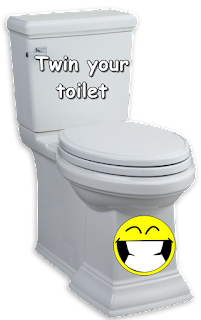 We collected too much money to twin just our studio loo, when I came in this morning there was another £1 in the box. We are now in the process of twinning a second loo. The Mayor drew the lucky winner - THIA who presents THIA'S CHATTY CHARITY SHOW.

Congratulations Thia and Look out because one day in the New Year I promise to turn up to your show in drag ! 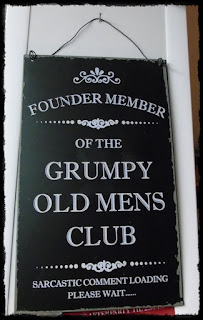 Thanks Mike - Thanks Bob - two of CRMK's GRUMPY OLD MEN for coming into the studio.

Well I guess I had better bring this page to an end, visit the studio's now world famous loo then get ready to broadcast. For two hours I will be doing my best to inspire listeners to make New Year Resolutions.

Hey, CRMK Programme Controller Mike, can I present a Punk Rock show ?  (No not really !)

I am making TWO resolutions. Firstly to make 2019 the very best year of my life so far and second to make as many new friends during the year as I can - A STRANGER IS ONLY A FRIEND YOU HAVE YET TO MEET. 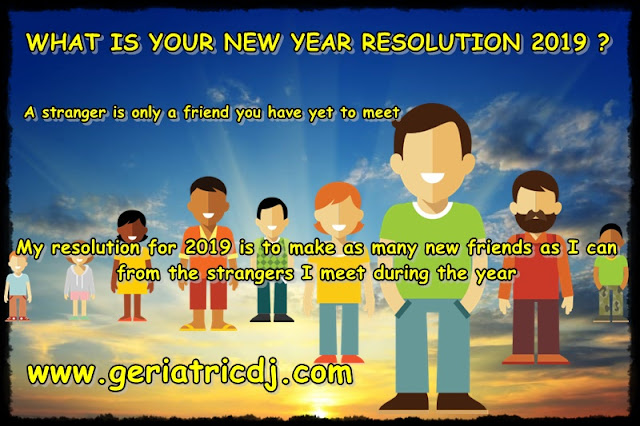