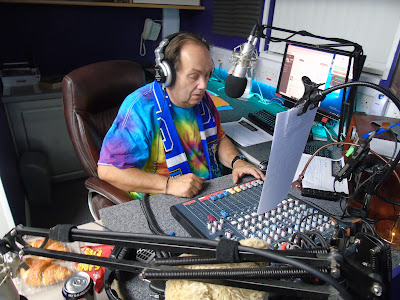 I think yesterday's edition of LET'S INSPIRE MK on Radio CRMK went OK. Thank You to all who took the time to send me messages telling me they were listening and enjoyed the show. The podcast is not yet available so here's something from the playlist.

Sorry about the technical issues during the first twenty minutes of the show. Later in the day I popped to see Lisa to pick up some bits and pieces for this week-end's car boot sale. She experienced the signal breakdown when listening.

The Geriatric DJ will not be on the air today but there are some great shows for you to enjoy on Radio CRMK. Just go to www.crmk.co.uk and click on LISTEN.

I popped to see Josh and Jelena in the early afternoon. As well as planning this week-end's boot sales we had a bit of a philosophical discussion on the subject of love. Although the chat was philosophical it was also nebulous so telling you what we said is not easy.

So let's have a love song shall we.

Have you seen what they have done to YouTube ?  It should tattooed across the brain of every geek - IF IT AINT BUST

In my fridge there is a delicious blackberry crumble. Maureen and I went blackberry picking. YUMMY - YUMMY ! 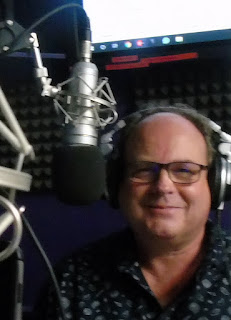 My guest on yesterday's show was former ambulance man and local DJ, Graham.

While the music was playing we chatted off microphone about the musical legends of Milton Keynes.

After my apple crumble I started to sketch ideas for the Let's Inspire MK show to be broadcast on Wednesday 26th September. I am including much of the off-microphone chat that Graham and I had.

Mick Jagger has an association with Bletchley Park but if you ask me this is a better version of Paint It Black.....

Let's inspire MK listener Steve is playing guitar in that clip. Steve is one of my former students at Leon School, now 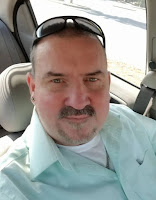 living the Sacramento California, Steve is a great guy. I want in the show on 26th September to include some music from MK bands. OK that comes from a few thousand miles away but there is not a single American accent to be heard and Steve is a Leonite so I'll be playing it.

Do you recognise this man ? 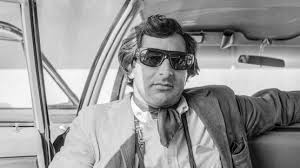 That's Jim Marshall who founded Marshall Amplification. Steve was your guitar connected to a Marshall Amplifier ?  Without Jim not only would the British Pop Music Industry have failed to be a fraction of what it was but the same for all the world. It could be argued that Jim made Bletchley the world capital of 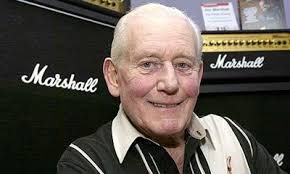 I met Jim a few times. he was a very generous man who spread his wealth around community projects.

Jim was a drummer who had a drum school based at his music shop in Queensway, Bletchley. In two weeks time I will play this for Jim on the show. 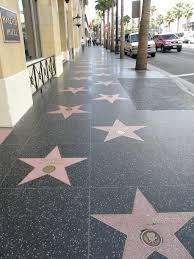 You can find Jim's name on The Hollywood Walk Of Fame.

Steve in Sacramento, it's a bit of a drive for you but next time you are in Los Angeles check this out.

Now Graham, how about this  for  an  idea ? There are so many musical legends associated with Milton Keynes perhaps our city should start its own walk of fame. 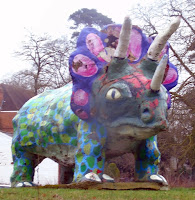 What's the connection between the Peatrree Bridge Dinosaur and this pop group ?

Bon Jovi had a photoshoot at The Peartree Bridge Dinosaur. 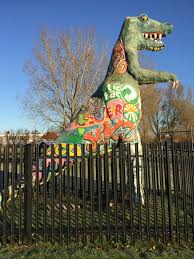 There used to be another dinosaur in Milton Keynes - Leonosaurus Rex. It was Leon School Headmaster, Bruce Abbott's idea but he put me in charge of making it happen. We carefully planned the location for the giant sculpture at the bottom of the school field so the first thing northbound passengers on the train would see on entering Milton Keynes would be the dinosaur.

Sadly even bigger dinosaurs in a later school management team wanted rid of this famous sculpture so expelled Leonosurus Rex. Fortunately The Warren Playground gave it a new home. I will never forgive Leon School for doing that.

Bit of a remote connection but here's T Rex with something for the two Milton Keynes dinosaurs, not to mention the dinosaurs who expelled this landmark from the school.

I plan to spend much of my morning putting together the playlist from the ideas Graham and I chatted over yesterday.

I guess my show on Wednesday 26th September will be a Milton Keynes Walk of Fame across the musical legends of our city.

Now here's an idea.  How about a literal Milton Keynes Walk Of Fame, not just for music but for all the great people who have helped build our city.

For goodness sake DO NOT tell Milton Keynes Council of this idea. They will want to put it into Central Milton Keynes and rip people off with £2 an hour parking charges to visit it.

Hey, William Hewitt, member of Bletchley and Fennt Stratford Council how about putting it in Queensway, outside Jim Marshall's old shop ? 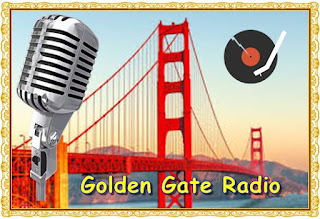 I also plan to spend a few moments this morning writing more in the second chapter of my latest book.

DJ Dave Maxwell-Robinson is about to start work at Golden Gate Radio in California. He is in for a bit of a shock, as part of his broadcast schedule he is expected to present an early morning show, WAKE UP WITH THE 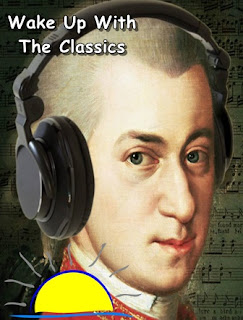 Our central character knows absolutely nothing at all about classical music.  Fortunately I do, it is my favourite genre of music so I will be educating him.

Having lost his first love Max, or as he is now known Dave, says he will never love again but when The Royal Ballet Company comes to San Francisco he will cover it on his show and fall madly in love with one of the dancers.

On my past two shows I have played something from Barbados, one a listener request and one simply because I love that island.

I love Barbados and be assured I will be writing it into my book FANTASIES OF A GERIATRIC DJ. 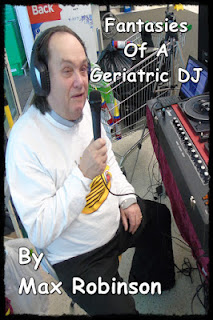 There are quite a few thousand words to go yet but the central character will end up as The Geriatric DJ aka Yours Truly.

To read the first DRAFT chapter in my book CLICK HERE.

To read Chapter Two as I work on it CLICK HERE.

Can I play another piece of classical music ?

7.45am - wow I am late publishing today's blog. Time to read through what I have written and take out the typos.

7.52am - I found twotypos.  I have left one in for those who take delight in finding them.

Yesterday I played on song twice over. I make no apology for doing that and I am going to end today's page by playing it again.

Status Quo may have played the greatest live concert there ever was - LIVE AID, but they also played Bletchley Milton Keynes.

Posted by The Sunshine Smile Crew at 23:57