Yesterday I posed a question Facebook saying if an immediate 50% pay rise could be awarded to one particular group of council employees who would that be. I expected lots of negative comments, let's face it, is there a local authority anywhere in the country that is "loved"  ? But I did not get any negative comments.  Stuart suggested THE CLEANERS, close Stuart.

In my youth we called them DUSTMEN today we refer to them as BINMEN. 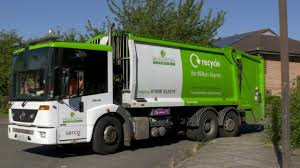 Where I live it's BIN BAG THURSDAY for rubbish collection. I would have no hesitation at all, if I were in charge of council finances, awarding our hard-working bin men that immediate 50% pay rise. Rain, snow, hail, wind, sunshine, tornado, hurricane they never miss their round. You watch them at work these guys never walk from house to house, they run. 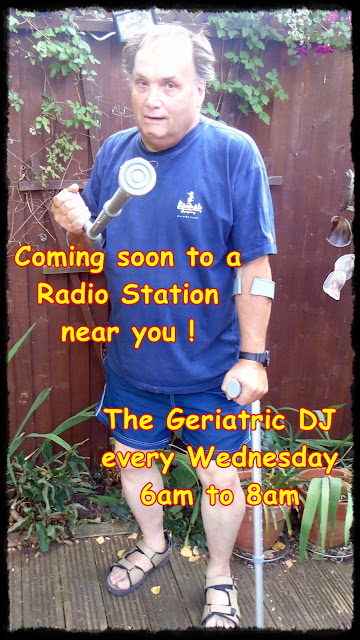 Thursday morning next week I have my training session in the studio of Radio CRMK. Assuming I can manage the technical stuff The Gerriatric DJ will be going live soon after with a two hour Wednesday Morning show LET'S INSPIRE MK.

Once the show has settled in and is building its audience I want to do two things: to have studio guests and to get out into the community, to be a fly on the wall then come back on Wednesday mornings to report on the show.

Something I want to do is to shadow a team of BINMEN, to my way of thinking by far the hardest working group of people within Milton Keynes Council. 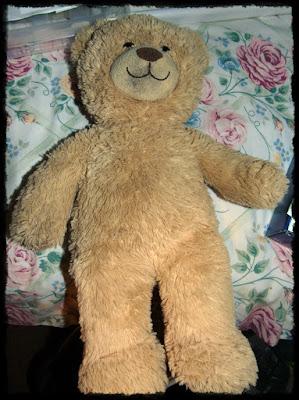 I also put this picture on Facebook yesterday, the teddy bear Josh rescued from a rubbish bin near where he lives.  I asked people to suggest a name for him.

The plan is to take Smiling Teddy Horatio to the car boot sale tomorrow and see if someone will pay £1 and give him a new loving home. 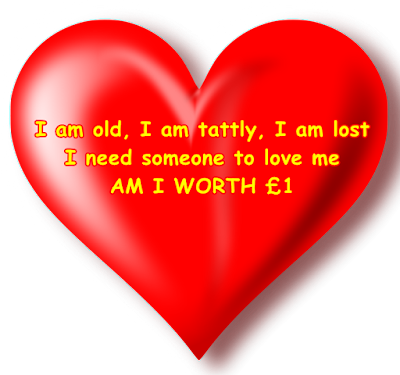 That is still the plan, to find a cute little boy or girl who will prize £1 out of Mum and Dad's pockets but I am pondering another idea.

If nobody thrusts £1 our way to adopt Smiling Teddy Horatio I will adopt him myself.

Let me play a piece of music from the play list I have prepared for next Thursday then I will explain.

Ben's friend was not Michael Jackson's teddy but a pet rat.

I once knew a guy who had a stuffed toy, a badger. On social media he built up a huge fan club for his badger then made a living out of taking his cuddly toy to one stag do after another, he traveled all over the world. 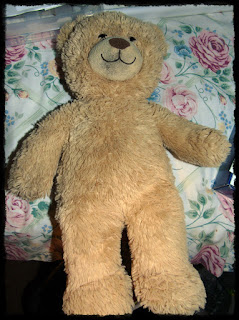 If nobody buys my little friend tomorrow I am going to rename him BEN and make him a star of radio. He can help me promote my new show. From rubbish sack to radio fame he can be an inspiration.

If he finds a loving home then, somewhere in the house - I hope Maureen knows where - is my childhood teddy SOOTY. It will be he I take into the studio and make my mascot.  Sooty - the Geriatric Teddy Bear.  If I can not find Sooty then it may be a case of my forgetting to put Ben into the car first thing tomorrow morning.

I was driving along Marlborough Street the other day with Josh in the car. He was born in Milton Keynes and has spent all of his life in the city but in 1991 the city was fairly well developed.

Driving along Marlborough Street I explained how this was the first major road built to connect the North and the South of what would be Milton Keynes. Eaglestone was the farthest North estate after which there was nothing as you drove along the road. Tiny sapling trees were planted, trees which have now grown as Milton Keynes Development Corporation planned to hide the estates and buildings on either side making it appear you were driving along a country road.

Something else from my test show.

I explained to Josh how in the late seventies living in Milton Keynes was like living on a giant building site, there was mud everywhere. It was impossible to walk anywhere without getting mud on your trousers. We all wore flares in those days of course. I used to let the mud dry overnight then brush it all off the next morning, this was a daily ritual.

I continued this conversation yesterday with my wife Maureen, she was born and grew up in the Milton Keynes village of Wavendon, just down the road from Milton Keynes 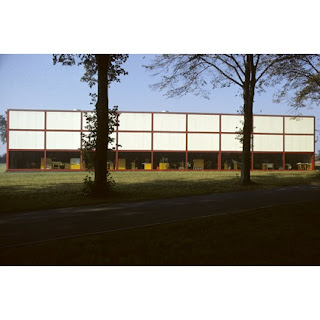 I remember those early days of our city as exciting times. Never mind the mud, not a day went by without change, exciting changes.

Someone Maureen knows was part of the team who set up, under Prime Minister Harold Wilson's idea, The Open University.  I want to get him on the show to share his memories with The Geriatric DJ and The Geriatric Teddy Bear.

I am not sure how long Radio CRMK Programme Controller Mike has in mind for my show to last. There is so much material within our city - past present and future I want to share to INSPIRE those of us who live here it could take forty or more years to tell it all. Forty years, that's how long CRMK has been going.

I guess it will be a case of SLOWLY, SLOWLY - ANDANTE, ANDANTE.