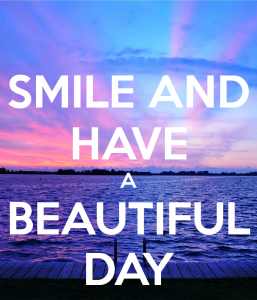 Have you ever had one of those days when nothing went right ?  I know that I have.

BUT Have you ever had a day where EVERYTHING went right ?

I did yesterday. Strange thing is I was all set for a horrible day and yet it turned out to be so beautiful.

9.30am and I was walking down the road towards Milton Keynes Civic Offices. Ahead of me I could see man on the floor trying to sit up but falling back. I quickened my pace towards him and put my hand in my pocked for the phone ready to call an ambulance.

"He was OK but rolling, LITERALLY, drunk." At half past nine 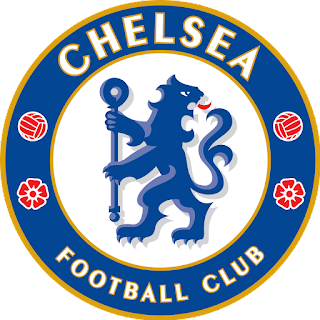 I helped him up and sat him on a low wall. He was wearing a Chelsea football shirt.

"You never support them ! My granddad used to support Chelsea."

Trying hard to put his words together my new friend asked me who I supported.    "Sheffield Wednesday, of course !"


We talked football, I fooled about in my usual way, teasing him, celebrating Sheffield Wednesday and rubbishing my Granddad's team.

When I thought he would be OK I made to end our conversation and go. He reached out his hand and took mine. Through some highly slurred words he said, "Thank you for your kind words to me. I mean that from the bottom of 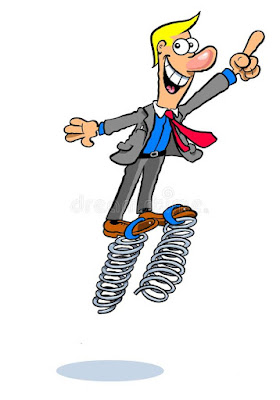 He did not need an ambulance. Medical science has not yet developed a cure for being a Chelsea supporter !

Trevor, my friend at Hillsborough - Director of Communications at Wednesday, I am going to send you a link to this page. I think I have found the second member of a Milton Keynes Owls Supporters Group.  Second ?  Hang in there Trevor I'll tell you of the fist in a bit.

So with a spring in my step I continued my way to Milton Keynes Council and the battle I knew was waiting for me. (Or was it ?)

Outside the council office this man approached me.

"I love literature," he said. "Poetry, I remember your lessons. You gave me the love of literature.  I almost became a teacher because of you."

I did not recognise him I am afraid to say. He did not give me his name but said he was fifty years old. He kept on and on about Leon School. Modesty will not let me say any more.

Current head at Leon, Jo, I am going to send you this link. As I have told you, we LEONITES get everywhere. It is The Leonites who are running LET'S INSPIRE.

Sir John Leon, let me play this for you. You and I know the significance of the music, I wonder how many others will. John and I are friends on facebook, I'll sent you the link.

I was more than ready for my battle with Milton Keynes Council. The council which thinks it OK to send a threatening letter to Josh and Jelena demanding £235.19 arrears and then an ongoing £10.42 a week for service charges. Demanding money with menaces from a couple with ZERO income. There was about to be a nuclear explosion in Milton Keynes City Centre which would make the bomb dropped by Enola Gay the magnitude of a sneeze. 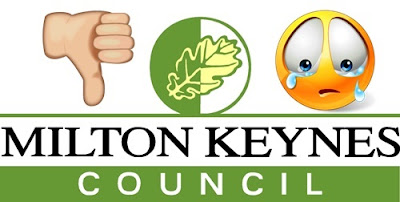 There was a lovely lady on the council reception. We had a 10am appointment but it was NOT on the council's system. Nothing unusual about that ! Department A NEVER speaks to Department B and Department C always runs away to hide !

How many times have you seen that image above on the blog ?  This is the last time you will see it, I am now replacing it with something new ! 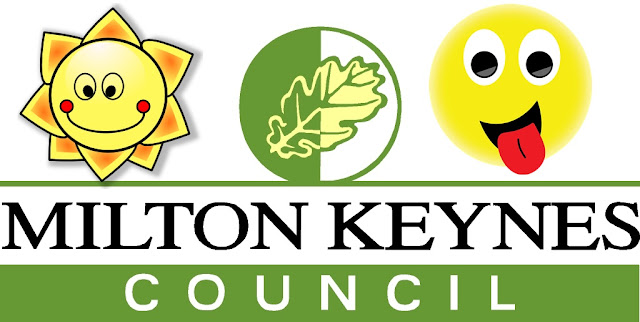 I am going to send a link to this blog to the CEO of Milton Keynes Council as a THANK YOU. I am also sending it to all those elected council members who FAILED MISERABLY to engage with a situation I alerted them to last week. You people could learn a lot from the man Jelena and I met yesterday.

That lady on reception at the council did not go the extra mile, she went the extra TEN miles to sort out the mess. Our meeting was at 10am, we had been there and waiting at 9.50am, at 10.30am we were sitting down to talk. GOOD JOB I HAD PAID FOR TWO HOURS ON THE COUNCIL'S RIP OFF PARKING MACHINE !

Take Chuck Berry's advice RIDE ALONG IN YOUR AUTOMOBILE, don't be so silly as to park in Central Milton Keynes City Centre, you will need more than a payday loan to cover the costs !

I have had so many frustrating meetings at Milton Keynes Council. I always leave a meeting angry and with high blood pressure. NOT YESTERDAY ! What a lovely, kind and understanding man Jelena and I were talking to.  Understanding, sympathetic, making no excuses for communication failures which had caused the problem. ALL local authorities throughout the country could learn from him.

THANK YOU for your kindness.

I went to the meeting expecting the start of World War Three. Instead I signed a peace treaty. I will pay the £235.19 and all future service charges.

SEE THIS IS A BEAUTIFUL WORLD AFTER ALL.

Leaving Milton Keynes WONDERFUL Council Jelena threw her arms round me. Josh could not believe what had happened.

I guess we need to run a few more car boot sales. There's not a lot left from last Sunday's effort.

Trevor and you Wednesday Owls let me tell you about my first recruit to our new fan group. There I was at the boot sale, selling all the junk I had cleared out from my garage when a guy walked past wearing a Wednesday shirt. I leaped on him and told him about my plans for a Milton Keynes Wednesday fan group.

"I'm a taxi driver," he explained, "week-ends are busy for me so I do not get to many games. My friend has a son who plays for the team, he gave me the shirt."

I did not ask him who the player is !  Mr C, if you ever get D Taxis off the ground here's a driver for you.

Now before I tell you the next bit in my beautiful day can I make you smile ? Or perhaps split your sides laughing !

Getting up early to write this blog I checked my emails. Timed at 11.18pm, I was well asleep by then, there was an e-mail from a certain political party I belong to asking if I would be prepared to stand for election for Milton Keynes Council.

Tempting but NO !  Fear not Milton Keynes you are safe ! 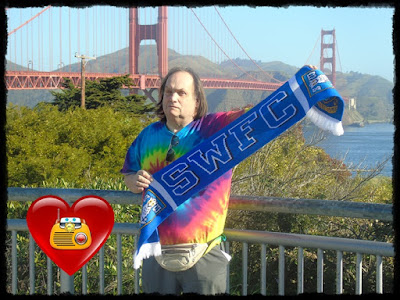 Looks like we are going back to San Francisco next Spring. Everyone pays their own way then takes part in a sponsored walk across The Golden Gate Bridge. I grow my hair for a sponsored haircut.

I think I persuaded Rachel to come to The City By The Bay, hubby David is defo up for it. Last night Rachel made me 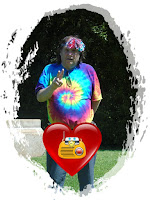 giggle when I said David would need to pick some flowers from his garden for Rachel to wear in her hair.  She said something about weeds. I told Josh about the joke but he did not understand !

Lighten up Josh and get yourself a passport.

I have doubled the number of car boot sales to kick start funding for our Let's Inspire projects.

I will be at The Irish Centre Boot Sale on Saturday and then The MK Bowl sale on Sunday.  PLEASE if you have any junk I can sell TELL ME.  Tracey, Josh and I will be round to your home this afternoon to pick up your kindness.

Josh, Jelena and I will be driving round TEN supermarkets in Milton Keynes this afternoon persuading them to be part of our Rock and Roll Party Diary in support of The Food Bank. 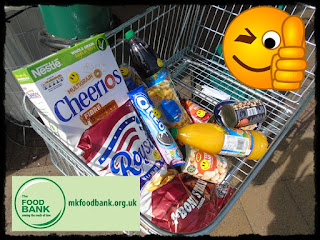 I dropped a copy of Let's Inspire's Rock and Roll diary off to The Food Bank Yesterday.

Let's have a bit of Rock and Roll.

I am picking Josh and Jelena up at 12.30 for our tour of the Milton Keynes supermarkets. Before then I plan to sort out the web pages and add all of the LET'S INSPIRE 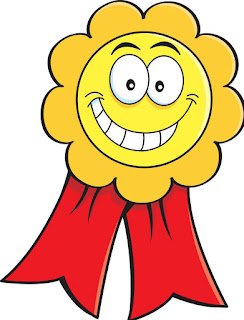 ·  I have always said that we have the biggest collection of vinyl in Milton Keynes. With all the discs Bob Funkhouse of UpFront Radio gave us last week our studio probably now has the biggest vinyl collection in the country ! Google, bless em, has started to screw up the page formatting so I'll leave things in a moment.  Yep, yesteday was a BEAUTIFUL day, Let's have the same again today.

THANK YOU to everyone who made Monday 2nd July 2018 such a special day. That amazing man at Milton Keynes Council, the inebriated Chelsea fan, the Leonite, Josh and Jelena, David and Rachel. 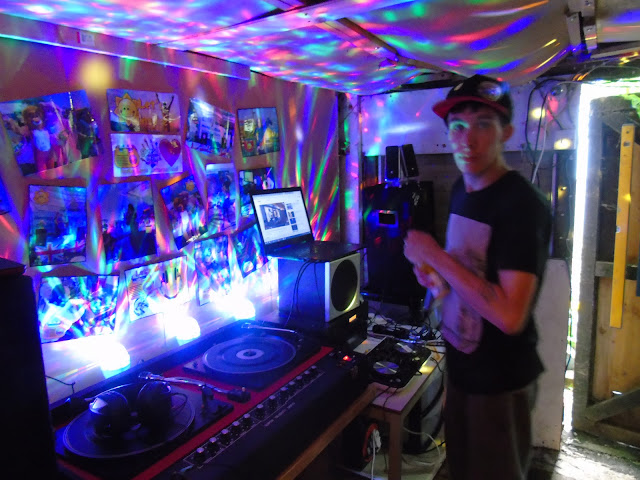 Posted by The Sunshine Smile Crew at 22:04