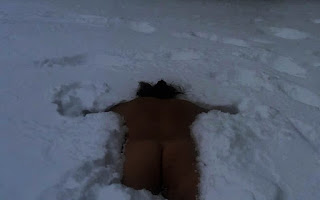 I am keeping my head down until after Friday's awards dinner when I will know if I am a winner or not.

I am spending time working on a new book. Yesterday I shared the first six hundred words of Fantasies Of A Geriatric DJ..CLICK HERE if you missed it. 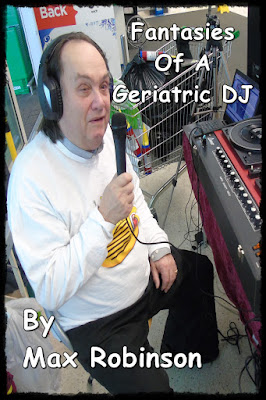 I have now  finished writing the introduction if you would like to read it.

I am not sure  which weighed more, the speakers or te amplifier. Both were heavy. I was always pleased when they were in place and working to Mike, the producer's satisfaction. He would have us move them, adjust them then move them again. If it took is fancy he would have us move the entire setup again and again until he was satisfied it was just right. He was not an easy man to please but he was an easy man to work with if that makes sense.

When it came to setting up the microphones, please do not ask me why, I was assigned the job of testing them. Everything was tweaked then when Jimmy and the others  came on stage to reurse I would make the final adjustments.

If the sound equipment was heavy, and it was, getting it ready for the show was so much easier than the less heavy but far more complex lighting rig. It would have taken the nerve and the skills of an agile monkey to match the way we climbed up and swung about the scaffolding.

Finally, and I mean finally, when all came together, when Jimmy and the others took to the stage to perform I was proud to be a part of it all. Only a stage hand, a small stage hand but I was proud.

The moment  the audience was allowed into the hall we all had to keep well out of sight. This was the time for the stars, not for we small and insignificant grafters. I would so much have loved to see close up the faces of those who had paid to see my brother sing and play is guitar. Without us all and our hard work they would be nothing. If I were on stage anything I did could not match the adulation of Brother Jimmy. I often wondered what it felt like for him.

Girls were an enigma to me. I had been to an all boys school, I do not have a sister so have little knowledge of the opposite sex. I understood, or thought I understood, the mechanics but only in theory, nothing at all in a practical sense. I did wonder constantly, as does every adolescent, what it would be like.

The pay for my job was good. It was far better sweeping a music stage than ever it was sweeping the factory floor were my Dad worked. When we were not on tour I was still paid. When my rock and roll star brother had a recording session I would sit and watch but the whole process was long and if I am honest boring.  I did not understand that side of the business, it was not of much interest to me.

Times at home with my parents were always delicate for me although Jimmy managed to rise above them. Even Dad was slowly begin to accept that his oldest son was a star but he knew little Max would never achieve anything with his life.

November and December, right up to Christmas Eve was going to be a tough time. Six weeks and two days, fifteen different locations with thirty performances. It would be hard.

"I have a birthday present for you."

I knew the producer liked me, respected me. He would often praise my hard work. What was going to give me ?

"I think it is time you stopped just testing the microphone and started using it."

What did he mean ?

"I can not sing," I explained.

He smiled. "I know that but it is your birthday so today I am going to give you the job of announcing your brother and the other acts on stage.  You have a good voice so let's use it."

My heart beat hard. It was the job of the producer to stand on stage and introduce the artists. Mike was a good producer but on stage the was boring.  The last thing I would be on stage was boring.

The night of my sixteenth birthday we were in Sheffield.

"Here," Jimmy said, "You can not go out on stage in your overalls so here's a birthday present for you. Wear this."

I looked amazed.  "Thank you."

In the dark at the back of the stage a drummer beat out a roll followed by a crash on the cymbals. I leaped onto the stage as the lights came up then grabbed the microphone from the stand to deliver the words I had so carefully rehearsed.

I paused nervously as I waited for the applause. The audience erupted. Dare I say my next line ?

"You've heard," I said bravely, "of Marty Wild, The Teenager In Love. I am Max, the teenager not in love so any of you ladies who would like to change that today is my birthday so I'll see you after the show."

I blew kisses and flung my arms wide. Girls screamed.

Although I could not see im anywhere I could sense my brother smiling and saying "Get on with it !"

After the warm up act it would be Brother Jimmy. I waited in the wings for my next stage appearance.

"That was quite something," He whispered behind me. "What's next ?"

"As if I would." I had every intention of doing just that.

For a second time i danced across the blowing kisses and taking bows. "It's my birthday girls, see me after the show and help me celebrate."

Sheffield, that was were I was celebrating my sixteenth birthday. Being allowed to compare the show was my best possible birthday present. Mum and Dad did remember to send me a card and gave me a book token, how exciting.

"Max," Brother Jimmy said, "I have another birthday gift for you. Use that book token Mum and Dad sent you to buy a travel book for America. I have won a singing part, just a supporting part, in a movie being filmed in America next year. You are coming with me. you did get that passport ?"

"Yes, a singing part but only a supporting role. I am not the star."

"Go and spend that book token and find out. You will be paid by the movie company of course."

"And I will raise your pay," Mike said walking to join us."You did OK tonight, from now on you will introduce and compare every show."

My own part in the touring show. AND I was going to America. Some birthday. In the excitement I had forgotten all about my invitation to the audience to celebrate my birthday, it was not a serious invitation anyway.

"Hello Max, I am Julie. This is Tina and her boyfriend Richard. I don't have a boyfriend."

"I've got a car," Ricard explained. "The girls have an idea for a birthday treat. You up for it ?"

"Sure," I said excitedly.

Richard had a Ford Consul. My Dad didn't  own a car, he did not earn enough as a factory wages clerk to drive one. Jimmy had passed is driving test but was always taken everywhere he wanted and needed to go. As soon as I was old enough I would learn to drive.

"We thought we would drive up to the moor," Tina said.

"But it has been snowing," I protested. "There will be a lot of snow on the moor."

"We hope so," Richard smiled. "We are going to have a snowball fight."

More as soon as I have written it !

Posted by The Sunshine Smile Crew at 00:33