David edits our daily music blog and includes within the edit what the rest of our team has been doing. 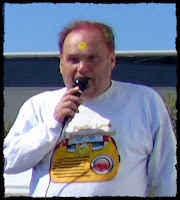 So David, why have so many days gone by over the past week and a half without music being played.

The biblical character Solomon lost all of his strength when his hair was cut off. I wonder if the same has happened to me. 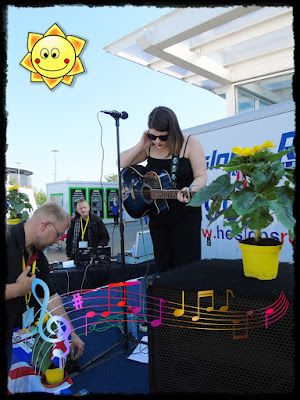 As editor of Radio Love International's music blog I get to select the music we play. Today I have dipped into YouTube and picked out a series of songs I personally like but have never been played before on our blog.

That was Bob Lind and The Elusive Butterfly. Can't say I have seen any butterflies in my garden this year. Not so far. Anyway that song made it to number five in the charts WAY back in March 1966.. 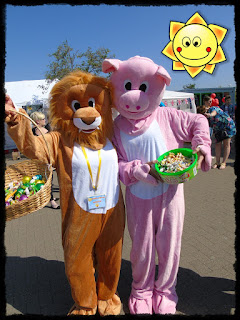 Friends could perhaps be forgiven for thinking that post Sunshine Smile Day and a few days without a music blog everything has gone into anticlimax. NOT SO.

A lot has been happening both within our management team and with our lovely supporters.

Let me tell you all about that but first another piece of music.  This time from 1965. Everyone's Gone To The Moon by Jonathan King. 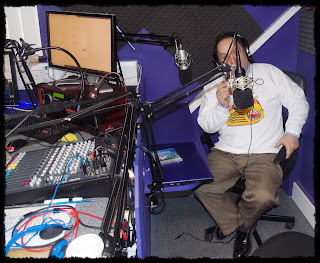 It was a blow, no way we can pretend otherwise, when Asda Supermarket's head office failed to support its store management and allow them to give us a studio within the store's office area.

We have been exploring a number of options and have put back our launch as an internet station until mid September. However, today David and Josh will start work converting David's garage into a temporary studio. 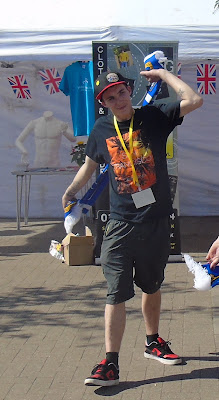 We will take some pictures today and share them on tomorrow's music blog. Josh says he will wear some "old" clothes to start cleaning the garage today. Does that mean he will not be wearing the San Francisco shirt he currently lives and dies in ?

Josh you are only allowed to celebrate San Francisco if you grow your hair and become a hippie. A bit like David seen here with his long hair in Hippie Park, San Francisco. 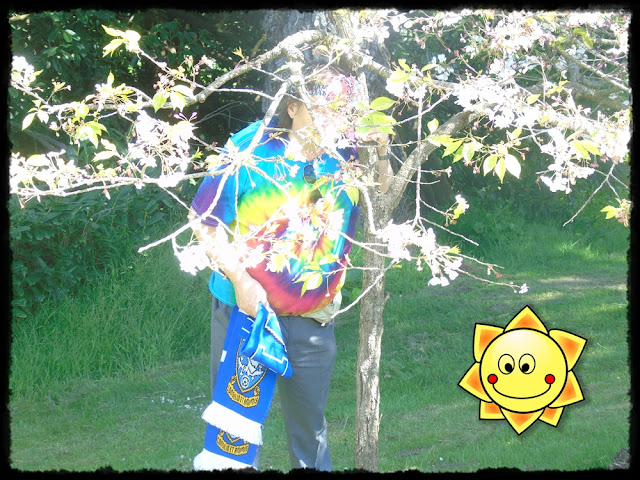 Where are you going for your holiday this summer ? Guantanamera by any chance ?

Radio Love International sponsor Ben is that where you went for your stag do ? Judging from the pics you posted on 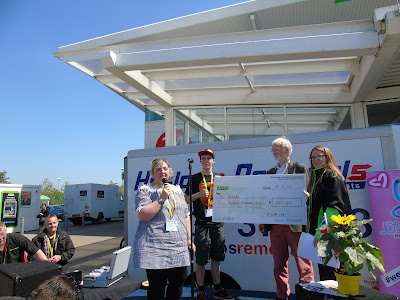 Facebook you had a good time and were even a good boy in Guantawhereeverit is on Earth !

Ben and his company Heslop Removals provided the sound stage at our recent Sunshine Smile Day Roadshow then managed it to give everyone an amazing day of music. 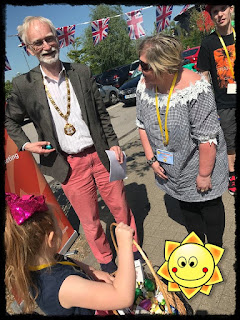 It is possible that when David had his hair cut on the stage he lost not only his strength but his marbles.

Some more music then we'll tell you the tale.

After the event we carefully packed up all the toys and other gifts which were left over, printed a photobook from both the roadshow and Radio Love International's recent trip to The 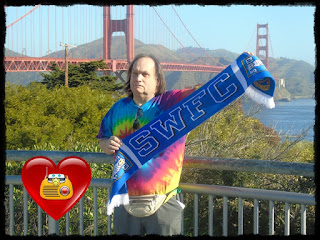 City By The Bay. We also took the shirt signed by our friends at Sheffield Wednesday and MOST IMPORTANTLY the £200 cheque from Asda was carefully placed inside David's diary.  Everything was then taken to Ronald McDonald House in Birmingham.

The Geriatric DJ was about thirty miles south of Birmingham when he realised the cheque was still inside his diary. Thank you Royal Mail for coming to our rescue. 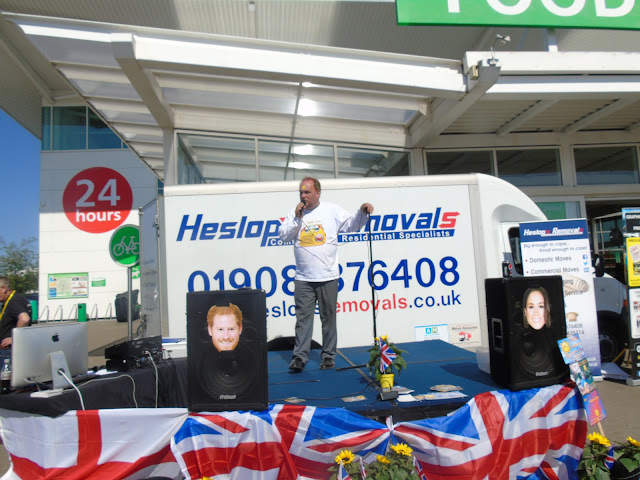 What is The Geriatric DJ saying up there on the stage ?

Let's take a look at Radio Love International's YouTube video with our balloons of love.

Has anyone told David he can not sing !

When Josh and David have set up the temporary studio in David's garage we plan, over the summer, some test broadcasts into YouTube ahead of our web team, led by Patrick, building the full broadcast website.

Everything we do here at Radio Love International is about Love. When David was up there on the stage he kept saying... happy, smiling people THIS WAY....sad, miserable old gits the exit is over there.    Life is like that do you not think ?  At least it should be !

LEONITES do you remember when a newly formed boy band with the unlikely name of Wet Wet Wet played at the school. 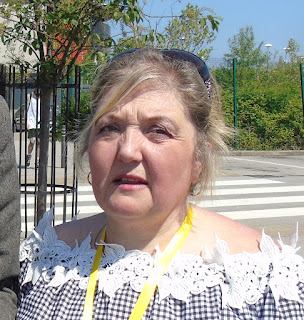 That is exciting is it not ?

On Sunday David, aka The Geriatric DJ, and Josh, aka The Eternal Teenaer, met with a member of Milton Keynes Council's cabinet to chat about how we can help to inspire people to resolve our city's rough sleeping problem.

Radio Love International is not, of course, confined to the city of Milton Keynes where we are based. This music blog will 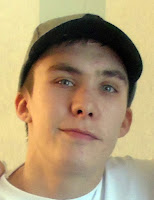 probably have readers and listeners in ten countries round the world.

Josh is writing a book. He has written about five thousand words so far, a good start. When finished it is certain the book will be a great inspiration towards helping resolve our rough sleeping problem. 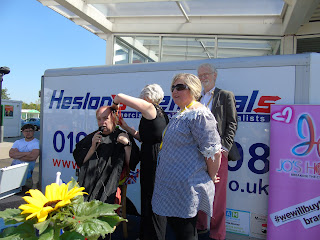 Did you know that Chairman Rachel, seen here supervising David's Sponsored Haircut, is a budding poet ?

Perhaps we should give up the idea of a radio station and start a book publishing house. 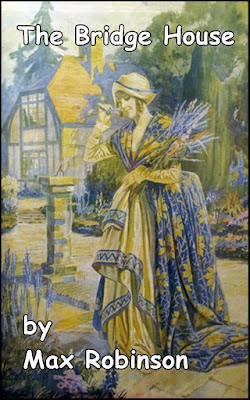 David's book THE BRIDGE HOUSE was published yesterday. He has been working on this for more than a year. All profits from sales will be donated to Ronald McDonald House.

While writing the book David illustrated it throughout. There are about 50 pictures, some in colour, wich have pushed the cover price to a silly level, even the e book is EXPENSIVE so sales will be low.

Rachel and Josh, in your writing do not include pictures !

Listening to music here on Radio Love International is FREE. 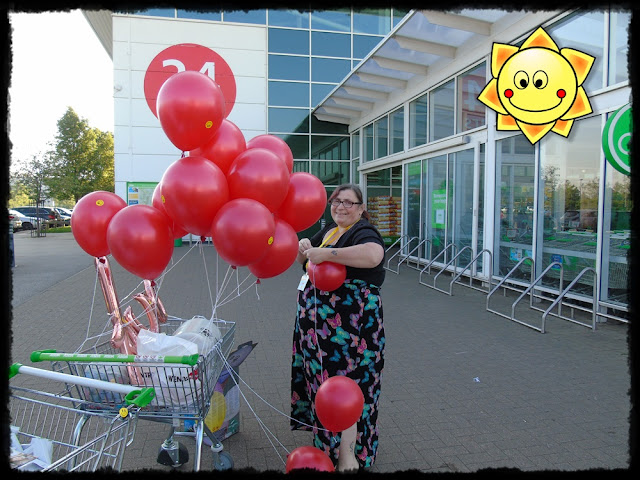 We all hope you have enjoyed today's music selection. We will be back tomorrow with more. 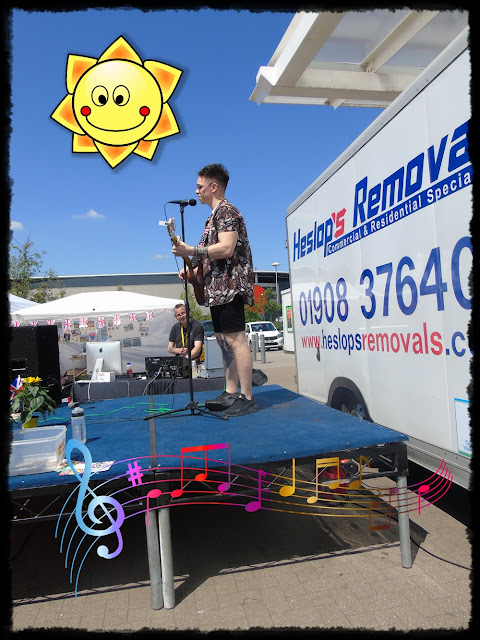